The Murdoch trials and the Australian media airbrush

The mainstream media in Australia has given little attention to the Murdoch trials in London. Rodney E Lever says this is an astonishing abuse of power.

What is now usually referred to in British media as “the hacking trials” is now well into its fifth month in the historic Old Bailey courts in London.

Very little of the cross examination of witnesses by the prosecutors and the defence counsel has appeared in Australia, where we generally refer to it as the “Murdoch trials” — although Rupert Murdoch’s name is rarely, if ever, mentioned in the London proceedings.

It is his most senior executives who have been left to face the jury of seven women and three men. They have been observing and listening to everything every day, with the exception of breaks during the Christmas holiday periods.

The jurors have made their copious notes and no doubt drawn some impartial conclusions, hour after hour, day after day and week after week, with breaks at the weekends. These trials may yet challenge for longevity the post-war Nuremberg Trials, when the most senior members of the Nazi government of Germany were forced to face their accusers and, most of them, ultimately — the hangman.

First and foremost, the tapping of private telephone conversations by News International employees – personnel who were trained in this illegal form of journalism – has been the subject of many hours of examination. This activity took place, sometimes within the offices of the Murdoch newspapers and sometimes from the private homes of the alleged offenders, where they could operate in secrecy.

These men were not always trained journalists. They were simply experts in their own trade of manipulating telephones for nefarious purposes.

They were paid six-figure sums for their work.

Two of them – Glenn Mulcaire and Clive Goodman – have already served time in prison. Police raided the homes of both men and found printed transcripts of conversations and voice recordings stored in both homes and also in the offices of News International.

Other members of the News International spy unit have offered evidence voluntarily to avoid their open convictions.

In the meantime, the two editors who were in charge of the Murdoch newspapers at the time of the main offences, Andy Coulson and Rebekah Brooks, have denied any knowledge of the illegal activities. Subsequently, Brooks became the head of News International and Coulson an adviser to the British prime minister.

The Crown lawyers for the prosecution say the denials of former lovers Brooks and Coulson could not be true and that both must have known what was going on. It is the jurors who will in due course have to arrive at a common decision as to the truth.

Much of the prosecution case has been about an article published in the now defunct News of the World, the weekend newspaper reporting on the murdered teenage girl Milly Dowler on April 14, 2002. The girl’s voicemails were reported in the first edition of the Sunday paper and then removed in later editions — although no-one on the paper has admitted ordering its removal.

The prosecutors have used email traffic secured in a police search of the News International offices and other material secured sometimes after it was taken home and hidden and located in the homes of various staff members raided by the police.

Soon to come is the case for the defence of Brooks and Coulson.

At some point the jury may ask for Rupert Murdoch to appear in person to allow them to hear his version of the evidence. The judge would have to decide whether to order his presence and, if necessary, could have him subpoenaed.

The mainstream media in Australia has given little attention to the Murdoch staff trials, except for a few snippets.

This is an astonishing abuse of power, because the case has enormous consequences for Australians, given Murdoch’s media power and his deep association with the current government.

Imagine, for contrast, the coverage that will be given when the Rolf Harris trial begins.

Millions of Australians are interested in following the Murdoch trial, not least celebrities in this country who have been caught in the net as page one fodder over some private indiscretion or other — frequently when the allegations were subsequently be found to be totally false. 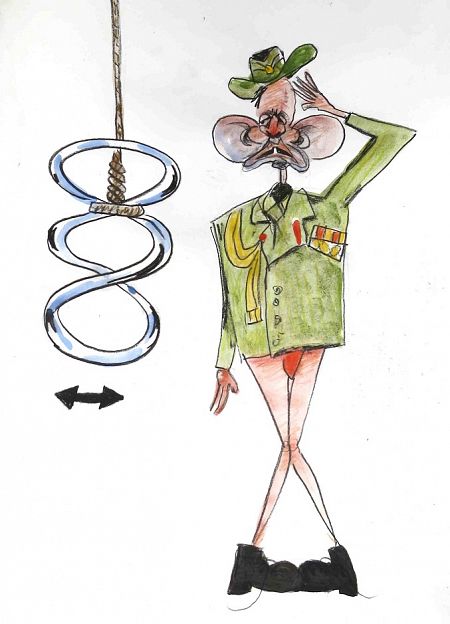