Technology has the ability to work against us, so it's up to the human race to manage it in a way that averts it becoming detrimental, writes Paul Budde.

FOLLOWING THE AMERICAN insurrection and the role the media played – social media, in particular – “doomsday scenario” started to appear again in relation to technological developments. Only a few years ago, a group of hi-tech companies including Tesla warned against the negative aspects of artificial intelligence (AI).

Other technologies that could have a serious effect on human developments include gene editing, nanotechnology and synthetic biology.

Technological doomsday scenarios are possible. A decade ago, I would have said that we as humanity would prevent those doom scenarios from happening and that we have heard of doomsday scenarios before but that we, with combined effort, had been able to manage them (for example, the nuclear threat).

The nuclear issue is a good example as we as a global community (despite being at that time involved in a cold war) were able to prevent a doom scenario from happening. 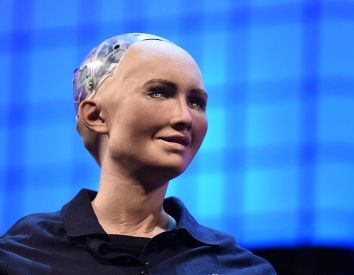 The benefits and risks of AI and post-human life

Philosophers involved in the theories of post-humanism and transhumanism are captivated by the possibilities, or dangers, that the future poses to our understanding of human life.

The reason why I am more cautious now is that we are dismantling our global collaboration structures. China and Russia are not the sort of societies most of us subscribe to, but we have no other choice than to be in dialogue with them and the current policies are more based on demonising and that makes any form of collaboration nearly impossible.

Brexit is another example of stupidity and America withdrawing – under its previous administration – from and/or undermining international institutions is another serious setback. While some of this will be reversed, some serious damage has already been done.

All the current technological developments issues are of a global nature, none of them can be “solved” by single nation policies or actions.

The current crisis around social media shows what happens. These companies can in a commercial sense only thrive in a global market. They have now become so big that they threaten, in this case, social cohesion and democracy. We as humanity have failed to build a structure around it to prevent the misuse as we have been witnessing in America.

The fact that Chinese digital mogul, Jack Ma, from Alibaba was silenced for months shows that China understands this threat. His company was getting so big that it started to threaten the Communist Party of China (CCP). Like it or not, but the Chinese Government decided to not let that happen, surely also warned by the examples they saw in the USA.

If we in the Western democracies want to maintain our way of life, we can only do so by first getting together and secondly starting the dialogue with others, namely China and Russia, but obviously also Africa and so forth. 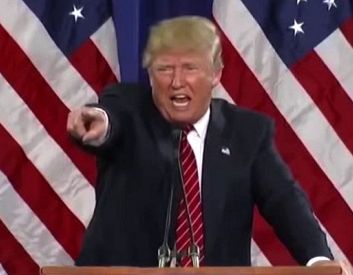 There is a lot of focus on the contribution social media has made to the current political crisis in America.

Is it too late for that? Have we created too much damage to our global structures of cooperation? Even if under U.S. President Joe Biden we can start the healing process, will we be strong enough to take serious action to prevent technology to be used for the detriment of humanity?

What has become clear is that we cannot just wait and see what happens and then try to rectify it afterwards. Instead, we do need policies and regulations to ensure that from the start, we as humanity stay in control of those developments. Europe is looking at preventative regulations as we discussed a few weeks ago.

I always remain optimistic, but I also want to be a realist. Of course, we can manage our technologies in a way that they assist humanity and not damage us. The question is, do we have the right leadership, political will and the right economic, social and political structures in place to do so? Are we willing to look at structural changes as I discussed here, or are we muddling on and moving closer to the precipice and waiting for another crisis? Or will one of those future doomsday scenarios be a real existential one?

I would argue that we do need technologies to face off the many challenges that we are facing. They are just tools and humans are toolmakers and we have always used them to advance humanity. So, we can and should use technologies to assist us to overcome doomsday scenarios. The choice is ours.