RECENTLY, I VISITED the Northern Territory. Apart from the occasional business meeting in Darwin, this was my third trip to this amazing part of Australia. I first spent time here in 1988, when I lived for two weeks with the Angatja people in Amata, approximately 100 kilometres south of Uluru.

My second trip some 10 years later was following the telegraph line build in 1872 from Darwin to Alice Springs. That was, of course, very interesting for someone who is interested in telecommunications and history.

This time I travelled from Uluru to Watarrka, Tjoritja, Alice Springs and back to Uluru.

I travelled some 1,300 kilometres and only visited one Australian city, Alice Springs. The only other place along this road were roadhouses or tourist location like Yulara. There isn't much in between, I might have seen half a dozen signs on roads indicating pastoral stations further away. Most Aboriginal communities we came across were close to Alice Springs, with a few scattered around in other areas.

These are all protected under the Land Rights Act and you need a special permit to enter these areas. About 50 per cent of the Northern Territory and 85 per cent of its coastline is recognised as being owned by Aboriginal groups.

The sheer vastness of this part of the world, in relation to the human population, is staggering. The total population of the Territory is 250,000 living in an area six times the size of the UK.

This clearly shows the challenges that exist here from a telecommunications point of view. The fact that most people live in a few larger cities makes it somewhat easy to provide the same level of telecoms service as what people in other cities in Australia enjoy.

The challenge, however, is how to provide services beyond this. I experienced this firsthand when driving around: there is hardly any mobile signal beyond places like Alice Springs and Yulara.

There is mobile signal further north around Darwin, Tennant Creek and Katherine as well, but I didn’t visit this area this time.

I did come across an innovative solution in the form of a mobile hotspot in the form of a satellite dish. You stand in front of that disc, holding your phone and this allows you to make calls. It receives its signal from one of the few massive transmission towers that are standing along the highways at intervals of at least 50 kilometres. In all, however, I only counted 3 or 4 of these hotspots along the 1,300 kilometres traversed.

In Watarrka National Park, there was a wifi hotspot. It is roughly 20 kilometres from the actual tourist settlement, where there was and no wifi and no mobile coverage from Optus. Telstra customers were better off here. The reason given by the owners of the tourist place was that they had tried to provide wifi via a satellite installation, but they had been unable to provide a reliable and affordable service this way.

My visit coincided with the Budget announcement from the Federal Government, which allocated $138 million for telecommunications projects in the Northern Territory. There are three separate programs and nearly half of the extra money provided to the hugely popular Regional Connectivity Program has been allocated to three projects in the Territory, worth $45.6 million. 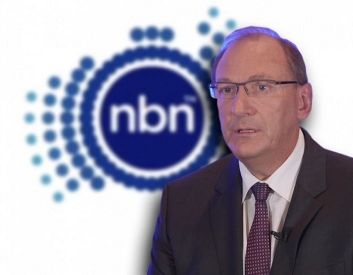 Another $24.6 million was allocated to so-called "shovel ready projects" and $68.5 million for digital connectivity projects, including in remote Indigenous communities.

In talking to people in Alice Springs, a key reason for all this extra money is the increased importance of the North in relation to the recent geopolitical developments, under the banner of "strategically important economic growth".

It was also indicated to me that all these digital investments – not just the ones in the NT but also elsewhere in Australia – pale in comparison to the $110 billion investment in road and rail projects. This indicates an outdated vision for the future of Australia.

Announced in March, the NT Government, under the "Terabit Territory" initiative, is working on obtaining a link to the Echo submarine cable project. It aims to position the territory as a leader in telecommunications across Southeast Asia.

The key enabler here is subsea cable connectivity, connecting to the Echo Cable that is being developed and is running from California to Singapore via Guam and Indonesia. It also wants a spur running to Darwin.

This would position Darwin as Australia’s enhanced digital pathway into Southeast Asia.

This could nicely link in with Bevan Slattery’s HyperOne project. His plan is to build a 20,000-kilometre national fibre internet network with data hubs and 1,000 on-ramps that will give neglected communities and remote areas cost-effective access to high-speed internet. The NT Government welcomed this project and discussions are underway to look at synergies between the Echo project and HyperOne.

As elsewhere, there interesting telecoms developments in the Northern Territory and this visit gave me the opportunity to highlight them.