Local telecommunication entities will in this respect be relegated to resellers. The reality of accessing low Earth orbiting satellite (LEO) services is now clearly on the horizon.

Most of the telcos as well as governments are not prepared for the potential shock this might cause to the structure of local telecommunications markets. There is still a lot of scepticism about these LEOs among local telcos and government officials. Though NBN Co recently announced its new satellite initiative.

NBN Co announced that it will expand its satellite beams for its NBN satellite service business to cover 100 per cent of the Australian main and surrounding large islands to help retail service providers deliver business-grade services to businesses with hard-to-reach remote operations. It also plans to slash some prices by 40 per cent.

In short, LEOs are:

A satellite constellation is a group of artificial satellites working together as a system. Unlike a single satellite, a constellation can provide permanent global or near-global coverage, such that at any time everywhere on Earth at least one satellite is visible. Satellites are typically placed in sets of complementary orbital planes and connect to globally distributed ground stations. They may also use inter-satellite communication.

There is always industry hype from manufacturers and operators but at the same time, these LEOs could be a game-changer. Because of this, it would be very prudent to start looking at what these LEO services might mean for the local telecommunication markets.

In the race for satellite-based internet, there are several global companies launching these services, so we are not dependent on just one supplier. It is hard to imagine all these companies that have spent billions of dollars on these systems will fail.

Furthermore, as more systems become available, the question will be how much room there will be for several competing services. If there is more than one successful LEO system in operation, then this will mean competition. This of course would be extremely welcome by those people who, for decades, have suffered from poor broadband services or those who must pay high prices for broadband service. 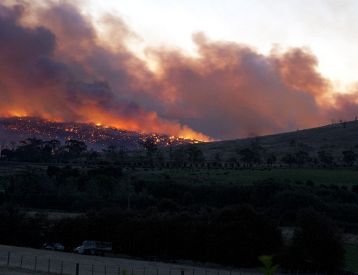 I lived in Bucketty in bush for more than 30 years. We luckily just moved to Brisbane before the bushfire disaster hit Australia.

While these LEO services are aimed at regional and remote areas, as competition intensifies these companies will be forced to look beyond them and might start to encroach on the more traditional fixed broadband services in suburbia as well.

This could have far-reaching consequences for local telcos, government subsidies, regulations and so on.

This reminds me of when the internet became mainstream in the 1990s and when the smartphone arrived a couple of decades later. These were internationally instigated developments and bypassed local market structures. I vividly remember the panic at, among others, AT&T and Telstra when the internet started to become mainstream, they warned that if the internet was allowed to take over the traditional data market (eg ISDN) this could lead to a meltdown of the telecoms infrastructure.

Vodafone was totally unprepared for the effects the smartphone had on their network and their mobile infrastructure collapsed. They lost millions of customers and it took years for them to recover.

LEOs are another internally initiated development and could easily create a similar level of disruption as those caused by the other international developments mentioned above.

One of the telcos in the Australian market, Vocus Communications, has plans in place on how they will participate in this new development. Weaving more local developments together, we see that Vocus will now shortly be backed by the powerful Macquarie Bank. This financial giant is building a global telecoms infrastructure and it is not hard to see what this potentially could mean for market disruption.

The LEO-based internet service Starlink, from Elon Musk’s rocket company SpaceX, is coming online as we speak, be it at this stage in a beta offering. There is already a waiting list for this service of more than a year, showing the interest there is in these services.

Other providers are not that far behind, so one way or another, we are going to see some very interesting developments happening in the telecoms market over the next few years.

If the LEO services are becoming successful it will be by far the cheapest way to provide regional and remote Australia with truly high-speed broadband, this will then have a massive effect on the NBN, Telstra, the mobile operators, and government policies and regulations.

In this respect, it also interesting to see that the Federal Communications Commission (FCC) in the USA in December last year announced its intention to give Starlink $885 million to connect homes in America as part of their Rural Digital Opportunity Fund.

The future of satellite internet - This year could be make-or-break for low Earth orbit (LEO)–based satellite broadband internet.