5G will not be the panacea for all our communication needs

While many are expecting the 5G network to be a technological marvel, the benefits will come with their own limitations, writes Paul Budde.

AS I MENTIONED in a previous article, I chaired three masterclasses on 5G. It is always great to listen to experts who I trust as they provide important input in the knowledge I need to obtain for that higher level of insight I need to put a range of technical and business issues together in order to make strategic assessments of the developments. That is why I always acknowledge the experts that help me in getting a better understanding of, in this case, 5G in general, but also in relation to smart applications such as smart cities.

Let us start with some of the fundamentals of 5G technology. Here, I am standing on the shoulders of Geof Heydon, a longtime friend and colleague that I have been consulting many times over the years if I needed a better understanding of technology issues. He has always provided me with unbiased independent advice, which is quite different from the hype that technology providers and their consultants often add to the story. Geof was also a great contributor to the industry and policy development of the NBN concept based FttH, back in the late '00s.

He started by confirming what I have mentioned before — that 5G is, first of all, a boon for the telecom companies because of the enormous extra capacity that it can add to the network. He also confirmed that a rollout could easily take five to ten years and this starts in the cities, with regional and rural areas following later. This is no different from the four previous upgrades of the mobile network (1G, 2G, 3G, 4G) over the last 30 years. 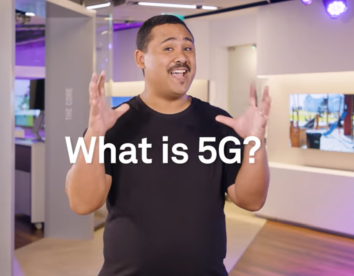 5G still years away from dominating the market

As the rollout of fibre to the home project (FttH) remains a slow process it is no wonder that more and more people are looking towards mobile as a potential alternative.

Geof mentioned the enormous growth in world population and many of these people are now able to get access to a mobile phone. This growth alone requires an enormous effort from the telcos to ensure that the networks can handle that. Apart from that, traffic over the mobile phone networks from current users is still growing exponentially, especially with the proliferation of video-based services, the use of the social media and, in general, easy access to information and entertainment.

These factors make 5G an absolute necessity for network operators. Its major attribute, especially in this early stage, is the extra capacity that it can insert in the mobile networks. Theoretically, something like an increase of 10,000 times.

I am clearly saying “theoretically” as 5G can be configured by the operators in many ways. Capacity increase is just one of them. The operators can also use it to increase the number of devices that can be connected to it, again theoretically by 100 times.

It can also use 5G to lower the latency, important for stock market trading but also for online gaming. It can also configure the network for low costs machine to machine (M2M) applications (internet of things). And finally, it can provide speeds of up to 10Gbit/s.

So not all of this will be possible at the same time. The operators will make commercial decisions of what to offer and, in all reality, this will be driven by rollout, uptake and transfers from 4G as this would limit both capacity and speed for individual users. A well-known phenomenon in a mobile network is that if it reaches network capacity, it creates congestion and the overall performance of the network goes down.

Imagine what would happen if 5G would become the network that most people used for their internet requirements (teleworking, telehealth, entertainment, education and so on). There is no way that the network could handle such a traffic load. So, limitations and network choices will eventually decide how we will use 5G and for most of us that will simply be an upgrade from 4G, eventually at no extra cost to us. 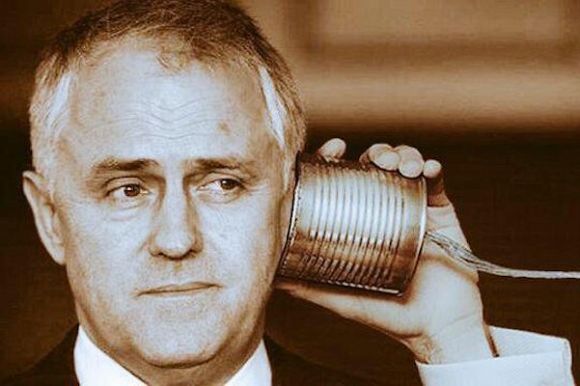 The 5G answer to the second-rate NBN

For as long the NBN has been under development we have heard comments that the NBN is not needed as the world will go wireless.

Another important element is that to provide M2M services, the so-called millimetre extension of the network is needed (spectrum auctions are going to take place in 2021). This requires the use of very high spectrum waves in combination with hundreds of thousands of antennas. The business model for this is now non-existent, so it will be interesting to see what happens if such 5G extensions are starting to emerge around the middle of this decade.

Geof also commented that it is highly unlikely 5G will be used for the often-mentioned networks needed for automated vehicles. He reckons that laser and other technologies will be needed for such applications. While I have always been sceptical of the use of 5G for these applications, it was new to me that Geof mentioned other technologies as potential solutions. Anyway, this will be a very slow process and will take decades to fully develop into nationwide systems.

Increasingly, we will see a range of fixed and wireless technologies that will be used for our connected society and economy which will all have to seamlessly fit together to facilitate our society. Digital transformation will reach all corners of our public, commercial and private lives and are needed to operate our increasingly more complex environments.

Sooner rather than later, all those 5G towers and antennas need to be connected to the fixed wired network. This could be a saviour for the NBN, but there is still much uncertainty about this opportunity. In the end, 5G will simply be a wireless access point to the national fibre network.

I will cover more 5G issues over the next few months, as slowly but surely this new technology starts to penetrate the world of communication.