The pathos of the mad professor 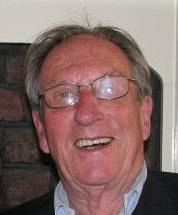 THE CURRENT ravings of Australians for Constitutional Monarchy have reached insane proportions and the outfit now questioning the loyalty of decent Australians who belong the Australian Republican Movement.

David Flint has co opted an undergraduate, Mark Legge, to do his bidding and accuse ARM members of being un-Australian.

We leave the lad out of this – we know how Flint operates.

Now Flint is the bloke – God, how he’ll hate being called that - who calls for in the 21st Century the restoration of nation dividing titles which are a hangover from the days of the British raj and have absolutely no place in modern Australia.

Well New Zealand has done just that so we should as well.

It is totally un-Australian to create a class apart from the mainstream by appending to a man the title “Sir” to his given name and adding “Lady” to his wife’s.

Just as balmy is to ridicule a woman by calling her a “Dame”.

Now before Flint goes totally beserk it should be said that those already holding those outdated titles should feel no reason to remove them, They were awarded in good faith in bygone years – usually for contributing large sums of money to the political parties of the time, or to some really deserving cases of doing good work for science, the arts, philanthropy , education and other spheres.

Does this bloke – God, there’s that word again – remember the days when Bob Askin as Premier of New South Wales sold titles?

Or when Jo Bjelke Petersen of Queensland knighted his corrupt and later jailed police commissioner?

Flint has been bleating for years to reinstate this Disney Land fantasy and not even that arch monarchist John Howard would listen to him, but it’s a safe bet Tony Abbott would have had he become Prime Minister.

And while I’m on that subject, it might be just as well to ask Flint about the , dare I say, un Australian set up of the ACM under his and his English , ex seminarian, sidekick, Tom Flynn.

Dave and Tom are the only members of ACM who can vote – the paying members are “supporters” and have no voting rights.

(If this has changed in the past few years I’ll stand corrected and apologize).

If we don’t hear from Flint we can assume those blokes are still running the outfit as their personal fiefdom.

Now Flint has plunged to crazy depths this week by writing to Julia Gillard bitching that her ministers and assistant ministers are no longer required to bear allegiance to the Queen, her heirs and successors.

He illustrates his point by reminding Julia that Queen Mary once said that life is made up with loyalty!

Queen Mary, Elizabeth’s granny who was an obscure and penniless German princess who married George V after the death of her fiancé , who was George’s eldest brother. She was a hand me down replacement.

How this bloke can sensibly believe Julia or the majority of Australians would remember or care who Mary was beggars belief.

And why would any Australian swear loyalty to the English Queen’s heirs and successors when it’s inevitable they’ll eventually be replaced by a President of the Republic of Australia?

Flint can live in his fantasy world of yesterday, a world that is foreign to the modern vibrant, throbbing multi cultural Australia of today, and that’s his business.

But it becomes ours when his website carries outrageous slurs on the loyalty of those who don’t share his fantasy and we are owed an apology.
REPUBLIC ACM David Donovan David Flint Flint slurs Mike Keating Monarchists Monarchists myths Monarchy Queen Mary Royal titles
Recent articles by davrosz