The "magic and mystique" of monarchy myth

The so-called "magic and mystique" of the monarchy is mostly mythical, says Barry Everingham.

A COUPLE of centuries ago, Walter Bagehot wrote the definitive book on the English Constitution and he paid attention to the role of the monarch;  he made reference to the “magic and mystique" of the monarchy. Well that was along time ago and only the most rabid out of touch conservative would engage in such ridiculous hyperbole today. But guess what? The monarchists in Canada have unearthed such a troglodyte in the form of the unlikely named Rafal Heydel-Mankoo—his job, it seems, is editing Burke’s Peerage and gentry; the bible of bloodlines of the UK’s leading families. Needless to say, Australians for Constitutional Monarchy (ACM) has elevated this bloke to almost sainthood status—the drooling over him is sickening . Rafal claims psychologists have “proven” what he calls a happiness effect which accompanies occasions graced by royalty! He says this isn’t restricted to only the Queen and members of her dysfunctional family, it's also felt when in the presence of the Dalai Lama, the Pope, Mother Theresa and he even grudgingly includes Princess Diana’s name on the list. Well, there’s something Rafal has overlooked—and that was the huge mistake the Queen made when she permitted cameras behind the baize doors of the Palace and did something none of her predecessors would have contemplated.  The magic disappeared— the family was seen, in the main, as a group of misfits totally removed from reality and surrounded by inherited wealth and privilege lesser mortals could only dream about. And in letting the sunshine in somehow the centuries of reticence disappeared and a few glaring revelations followed. King George V and Queen Mary – the Queen’s grandparents – were displayed by their authorized biographers as uncaring loveless parents who managed to raise four sons totally unfit for high office. Edward VIII tried to be normal but was held back by his parents; he had a penchant for surrounding himself with “unsuitable” friends and eventually abdicated to marry his twice  divorced mistress. He was succeeded by Bertie, the Duke of York, whose traumatic treatment at the hands of his parents caused him to develop a stammer so serious he was forced to seek treatment from an Australian therapist. A third brother, Harry, was a drunk and the fourth, George Duke of Kent was sexually confused. There was a  fifth son, John, who was epileptic and so was cruelly abandoned to the care of a few servants. He died aged just 13. 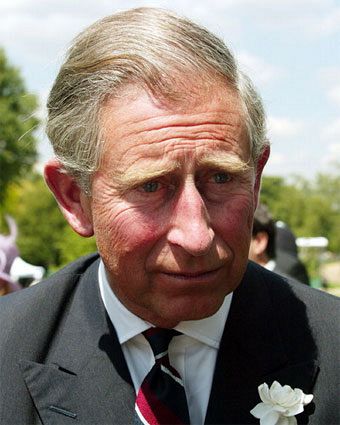 Moving closer to the throne, Charles was revealed in leaked telephone tapes published by the Murdoch newspaper group telling his then mistress, now wife, that he really wanted to be her tampon! The list is endless—but what does come across loud and clear is that whatever "magic and mystique" there may have once been has been seriously tainted and exposed by the sunlight and has been replaced by the vulgarity of this extraordinarily unsuitable family.
REPUBLIC ACM Edward VIII George Duke of Kent King George V Prince Charles Princess Diana Queen Mary tampongate The Queen Walter Bagehot
Recent articles by admin