The King's Speech: a good movie that won't save the monarchy

Barry Everingham takes a look at The King's Speech and says that, although it is an excellent film, mostly it reminds us of the weaknesses in the current system. 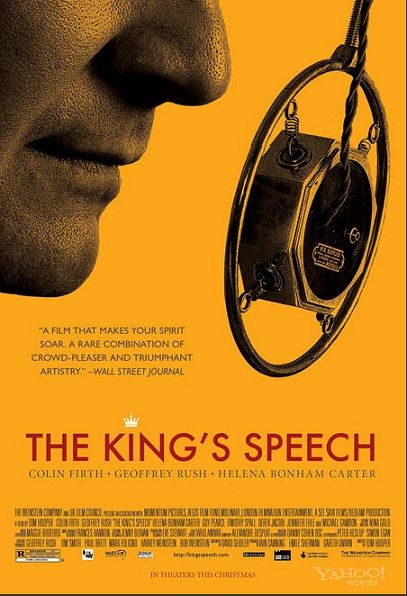 READING the blog of David Flint and his sidekick Tom Flynn you could be excused for thinking this excellent film would rejuvenate the moribund monarchy.

Not so, sorry lads.  All it does, I’m happy to say, is illustrate the dysfunction of the royal family of the day and explain why the current members behave the way they do.

The story line is simple: King Edward VIII – David to his family – a dissolute playboy who falls in love with an American divorcee is forced to abdicate so that his brother, Bertie, Duke of York, becomes a reluctant King George VI.

Now the brothers – along with their siblings Harry, Duke of Gloucester and George, Duke of Kent – were messes—Harry a drunk and George a drag queen and one time lover of Noel Coward. The brothers had one sister – Mary, the Princess Royal – who seemed on the surface to be normal.

Bertie, along with the others, was terrified of his  father, King George V, who was a martinet of the worst kind. He also had no bond with his mother, Queen Mary, who was tragically incapable of love. A demonstration of this was a younger brother, John, who would have been diagnosed as “dyslectic” today,  who was shunted  off to the country and forgotten by the family, with the exception of George Kent.

As a result of this parental dysfunction. Bertie developed a serious stammer and was absolutely shattered when he had to become king after David fled to France where he married his girlfriend and became the Duke of Windsor.

Enter the Queen Mother, Bertie’s wife, who was determined he would be a good king and that she would help him overcome his nervousness and his stammer. She’d heard of an Australian speech therapist – Lionel Logue – who was living in London. She got him to the Palace, briefed him and these two blokes – the king and the Aussie – became mates, the stammer got corrected and all was good.

But what the film illustrates is not, as Flint and Tom would have us believe, a resurgence in the popularity of the British monarchy, but rather it is a window on just how unsuitable  most them are for public life. The film might be about a generation long gone but the genes of those people are still swirling around in the current crop.

It has to be remembered that George V was the grandson of Queen Victoria, who married her first cousin, Albert. George was a cousin a few times removed of his wife, Mary, who was a granddaughter of George III. Such serious inbreeding would never have been permitted in animal genetics. It has to be remembered that Queen Elizabeth II And Prince Philip are both descendants of Victoria and Albert, and are cousins a few times over on various removes.

William and Harry are lucky boys that Charles married Diana – she was distantly related to him through common ancestors several hundred years ago – and William is bringing a “commoner” into the gene pool; there might be hope for future generations of royals.