Showing the jubilee on the ABC

Monarchists are up in arms about the Royal Jubilee celebrations in London not being shown on ABC1. Surprisingly, avid republican and IA senior correspondent Barry Everingham agrees. 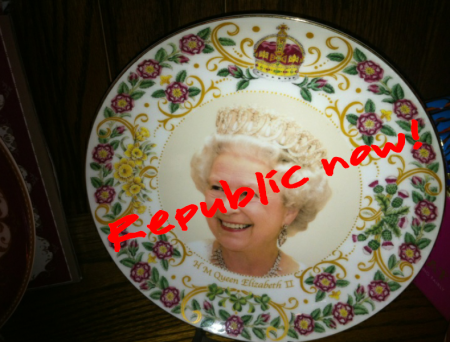 Next weekend, the world will witness just how Britain can outdo Hollywood when it comes to turning on a show rich in history and tradition; the millions who witness it will take a trip back into yesterday.

Gilded horse drawn carriages, uniforms redolent of former wars — the whole panoply of an out-of-date system of government, which relies on birth right and tradition and that, frankly, is laughable in the 21st century.

Having said that, I have to admit the influence of IndependentAustralia.net has changed the face of Professor David Flint’s quaint personal website — Australians for Constitutional Monarchy.

For some time, I have been pointing out that the Republican Movement’s best advocate is Flint himself; his old fashioned manner of writing which brought back memories of our grandmother’s days of getting their news from the Australian Women’s  Weekly was a source of fascination and made ACM look more than ridiculous.

Well, it seems my criticism has worked.

ACM has, in most cases, dropped the Flint by-line and the “stories” – although still saccharine – have been toned down somewhat and replaced with the by-line “By ACM”.

For the past few weeks, the ACM website has largely been promoting various lunches receptions and dinners to mark the 60th anniversary of the Australian head of state’s occupancy of Britain’s throne.

I am in full agreement with David Flint’s weekend dummy spit about the ABC not devoting enough time to next weekend’s theatre of yesterday, which will consume the British.

After all, Australian’s like seeing the royals in silly hats and fancy dress uniforms, we love the prancing horses and, in fact, if the ABC makes the decision  to show the spectacular  on all channels we will have the opportunity to not only see tradition at its best, but we will be witnessing the last show of its kind.

When Elizabeth the 2nd hands over to Charles and Camilla, we will see a monarchy in change – in transition – as neither royal will command the respect and admiration of the woman they will replace. In other words, Charles and his advisors should see the merit of toning down the bullshit in readiness for the arrival of Kate and William who, whenever they take over, will hopefully drag this moribund system of privilege into modern day reality.

Yes David Flint – maintain the rage against the ABC … stamp your feet, purse your lips, hiss your displeasure.

Republicans thank you for your assistance in the past and look forward to your continued help into the future.