Republican petitions presented to Parliament in May

Three petitions promoting an Australian Republic were presented to the Federal Parliament in May. Len Liddelow asks, will the Government act? 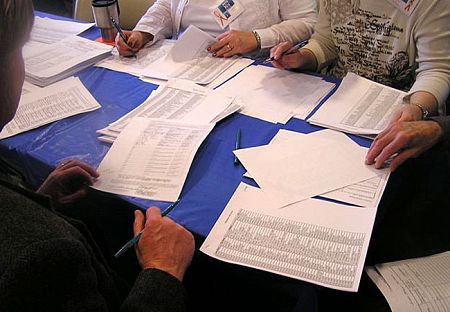 Is Julia Gillard a true Republican or a secret Monarchist and did our PM discuss an Australian Republic when she was summoned for an audience with the Queen at the Royal wedding?

These petitions have been referred to Brand MP Gary Gray to respond to Parliament within 90 days as to whether a bill be prepared or not. There is absolutely no doubt Gary Gray would not make a decision like this without first conferring with Julia Gillard and the Labor caucus.

Whilst the PM is on record as saying that Australia should not become a Republic until the Queen abdicates, it must be realised if a referendum was held at the next elections and it succeeded, a move to a Republic would still be at least six or seven years away from now and it is highly unlikely the Queen would still be on the throne when she is 92 years old.

Speaking of the Queen, is her refusal to step down now really a selfish reluctance to give up her power, combined with a desire to create a record reign?

There is no doubt that whilst her reign has been extremely successful in past times of family turmoil and uncertainty, she has nevertheless been an aloof and somewhat distant monarch — reminiscent of and more in keeping with past eras. In more recent and modern times a now mature Prince Charles would make a softer, more approachable, and maybe even a likeable King?

Considering he is the rightful Heir to the throne and also her own flesh and blood, why is the Queen still hanging on so doggedly?

Maybe the British establishment feels that Britons would not accept Camilla as Queen — and if this is the case why should we?

Getting back to Prince Charles, it is extremely hard to imagine why David Flint and his cohorts are so opposed to a move to a Republic now when they know full well that when the Queen does finally step down, the greatest insult of all times will unfortunately and unnecessarily be handed to the Prince, when Australians make it clear we do not want him as our Head of State.

Turning to the question of our PM being summoned to an audience with the Queen, can you think of a more ridiculous situation than where a Prime Minister does not have instant contact and immediate access to the Head of State?

In these times and with world events the way they are, the relationship between a PM and a Head of State needs to be instantaneous, accessible, mutually helpful and on a level where both parties can feel free to speak their minds and seek advice without feeling subservient and without the encumbrance of protocols and pomp.

There is a golden opportunity right now for Julia Gillard to show us her true colours and give the green light to Gary Gray to proceed with this bill — unless she’s really a secret Monarchist, of course.


(Len Liddelow and his petition was mentioned in The Punch today, in an article by the editor of news.com.au, David Penberthy.)