As Australians Republicans renew their push for an fully and truly independent nation, Len Liddelow predicts monarchists will be out there spreading the same old lame old excuses that they always do. 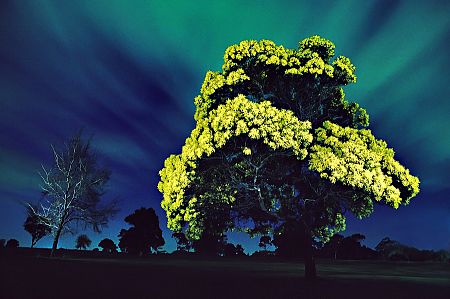 Will monarchists be able to withstand the new push by republicans to cut Constitutional ties with the monarchy that will see Australia have its own Head of State and become a completely independent and sovereign country in its own right?

However they will stubbornly and blindly defend their cause to the bitter end.

Among the many defensive ploys used by them to maintain the status quo is the well-worn old chestnut: ‘Show us your model’. Just as well the majority of Australians did not want to see the Constitution before they voted on becoming a Federation at the end of the 19th century, or else we would still be six separate colonies.

On this question, the truth is – although continually lied about and misrepresented by monarchists – we already have a model. It has been running successfully for 111 years. It is called the Commonwealth of Australia. The only change needed to become a republic will be to amend the constitution to remove the Queen and replace her with the Governor General. It is not rocket science.

The details and method of appointment and dismissal, and so on, would be decided by the people by plebiscite and then referendum.

Their next favourite approach is to falsely claim that if the Head of State is appointed by the Prime Minister, it will be a “politicians’ republic”. This nonsensical argument is endlessly repeated by them, despite the fact that the sitting Prime Minister has been successfully responsible for appointing every Governor-General since 1930 — making Australia, by their standards, a "politicians monarchy".

Of course, practical logic does not figure in their propaganda. They simply want to mislead the public whenever possible. Why let the truth get in the way of an argument? Somehow, they mistakenly believe that our present constitutional monarchy is a perfect system with the Queen as an overriding umpire who could somehow intervene in our government if she feels it is required. Despite section 59 in our Constitution purporting to say this, it is of course nonsense. Convention and protocols have made this section spent — dead letter law. Even the Queen sees her role in our political system as being only ceremonial and symbolic.

Now we move on to their next favourite defense. Whenever it is suggested that the Head of State (HoS) could be elected by the people, they trot out the same old nonsense that an elected HoS would have a mandate by the people and would be more powerful than the Prime Minister. Never, of course, citing any instances in a Westminster system where this has occurred or, indeed, giving any reason why it should occur. Most importantly, they completely ignore the fact that the powers of an elected HoS would be restricted to those contained in the Constitution and the recognised reserve powers in our current Westminster system.

Can anyone possibly imagine that a dignified, highly educated, intelligent person, who has had the distinction and honour of being elected to the most prestigious position in the land, would ignore his position, his family and friends and suddenly turn feral? More amazing, why would he do this — what would he have to gain? Even more amazing still, on what grounds would he be able do this.

Although this scenario is totally implausible, to appease adherents to political science, and all others, this unlikely situation could be counteracted by adding a new section to the constitution. This section would make any decisions by the HoS, by virtue of reserve powers, or Constitutional powers, justiciable in the High Court, and appealable only by the Prime Minister. This would mean that in the event the HoS has used any of their powers and the Prime Minister has good reason to believe they have been used incorrectly or unjustly, he could appeal their validity to the High Court. Naturally, the High Court would be required under this new section to hand down a decision within a specified time frame.

In actual fact, it is worth considering this safety measure no matter which way the HoS is appointed.

Now we come to the real doozy in their well-worn and endlessly parroted sayings. You guessed it: “if it isn’t broke, don't fix it”. How juvenile and pathetic is this little beauty. T-model Fords, black and white TVs, even the old horse and cart were not broken. They were purely and simply overtaken by progress, evolution, and better ways of doing things. This is exactly the same as the way our political system has evolved to the point where the monarchy is now nothing more than a toothless historical anomaly that plays no functional part and serves no purpose to Australia or our government.

So, the bottom line is – this time around – republicans are ready for the limited worn out propaganda that monarchists present to lie and mislead the people.

Republicans will concentrate on truthfully informing and engaging the public to allow them, when the time comes, to make an intelligent decision on the political destiny of Australia.