Referendum on an Australian Republic succeeds

It’s a great time to be a republican in Australia. Recent events have changed the political landscape for the better — and taken the journey towards an Australian head of state a lot closer.

The Australian Republican Movement’s membership has surged over the past 12 months. This had been helped when knighthoods were reintroduced in 2014 and again after the knighting of Prince Philip as then PM Abbott's "captain’s pick" on Australia Day 2015.

On 26 August 2015, the Australian Republican Movement’s chairman, Peter FitzSimons, entertained a full house at the National Press Club in Canberra. Membership doubled in the weeks after Malcolm Turnbull became PM, and have surged over the past 12 months. On Australia Day 2016, Australia's premiers and chief ministers made public declarations supporting an Australian head of state. The political landscape in Australia is definitely changing. The Prime Minister, Federal Opposition Leader, six premiers and the Chief Justice are all declared republicans. It appears the points of the Southern Cross are coming into alignment.

"Should Australia become a republic?” was the question at the 2008 National Schools Constitutional Convention, with 54% in favour and 45% against (there was one informal response). 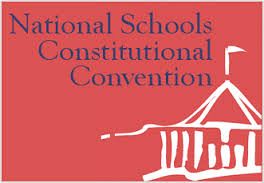 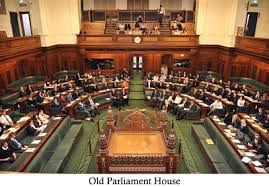 Each student was required to deliver a brief address outlining their point of view. Following discussion and debate, the students took part in a mock referendum using a preference voting system to determine the preferred model:

This was only the second time in 13 years that delegates to the Convention voted in favour of amending the Australian Constitution. Decisions taken at the Convention were presented to Deputy President of the Senate John Hogg, Senator for Queensland, for tabling in the Senate.

The Convention comprised 127 students from government, independent and Catholic schools from across Australia, covering metropolitan and country areas. Approximately 55% of students were from government schools, 25% were from independent schools and 20% were from Catholic schools.  After being presented with arguments for and against by leading experts, the students were given an opportunity to ask questions, to clarify points and to seek further information as well as challenge the views put forward by the experts.

When asked to vote on the question “Are you in favour of the Australian Constitution being amended to establish the Commonwealth of Australia as a Republic?”, the results were 41 delegates (32%) were opposed to, and 86 (68%) were in favour of, Australia becoming a republic. 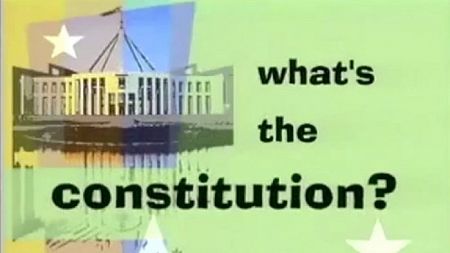 The 2016 Metropolitan Queensland Schools Constitutional Convention was held on Wednesday, 5 October 2016 in the Undumbi Room, Queensland Parliament House. There were 13 two-minute speeches delivered by students who were competing for the National Delegate positions. Each student had to deliver a two-minute opinionative speech supporting either the "case for" or "the case against". These had to be prepared in advance. There were 10 were speeches delivered in favour of the republic (77%) and 3 against (23%). The student group then voted on their top three. The top three speeches voted were in favour of a republic.

Students then voted on the constitutional question as if it was a referendum question.

They were broken into states with the following results:

Admittedly, this is a small sample group, however what is very interesting is these results are from young Australians (16-17 year olds). These results indicate this demographic is not opposed to an Australian republic. There was a mixture of state and private school, male and female students. Perhaps these results may indicate with education young people are open to the idea of a republic, although 77% of speakers had made up their mind in favour of it before the Convention. There were no speeches that were blatantly radical and all addressed the issue in a measured way using the logic of the argument.

Every day we have a foreigner as a head of state, we are telling our children they are never good enough to hold our top job. That a child living 15,000 kilometres away is more qualified than yours.

It’s time to stop limiting future generations; we must tell them an Australian is good enough to be the head of Australia. We need one of our own in the top job. We are a people who believe in fairness and in a fair go for all. So why is the top job in Australia limited to someone overseas who was born into it and never earned it. Our shared national values mean that any Australian should have the right to our top office rather than complete exclusion from it.

As the then national chairperson of the Australian Republican Movement, Malcolm Turnbull pinned the 1999 referendum’s defeat squarely on the Prime Minister, John Howard, when he said:

It seems the youth of Australia may be the ones who “mend our broken heart” and put the pieces back together again.