The Republic of Learning

The Vice Chancellor of Melbourne University, Professor Glyn Davis delivered the 2010 ABC Boyer Lecture Series titled ‘The Republic of Learning’. The title has echoes of Erasmus and the ‘republic of letters’ and explores Australia's higher education landscape. However it is the recent strong YES vote at the National Schools Constitutional Convention on the question of an Australian republic that confirms Australia’s youth are looking for a change, writes Glenn Davies.


PROFESSOR GLYN DAVIS is a Professor of political science and became Vice-Chancellor of the University of Melbourne on 10 January 2005. He was previously Vice-Chancellor of Griffith University in Queensland and has served as the most senior Queensland public servant in the 1990s. In 1993, he was appointed a member of the Republic Advisory Committee, attended the 1998 Constitutional Convention and was the co-chair of the 2020 Summit with then Prime Minister Kevin Rudd. Interestingly his ANU PhD thesis was titled 'The Political Independence of the Australian Broadcasting Corporation'. Professor Davis described in his 2010 Boyer Lectures how Erasmus was the first European intellectual to become famous, in the majority of European countries in his own lifetime. During the Renaissance, a new generation, living for the first time in a world of printing, created a conversation across borders and languages. Today that work continues in the spread of universities across the globe, the unprecedented movement of students, scholars and ideas. Davis argues we have created a republic of learning.

In the 1990s the Constitutional Centenary Foundation (CCF) did a fine job preparing and disseminating materials to schools and community groups regarding the operation of Australia's constitutional system. The CCF provided impartial materials prior to the 1999 republican referendum and coordinated Constitutional Convention programs through schools and local councils. Unfortunately, funding for the CCF ran out with Australia's Centenary of Federation in 2001.

The 2004 Senate Inquiry into an Australian Republic examined the issue of Australia's constitutional awareness and education, and found that there was "a general lack of understanding in the Australian community of the Australian Constitution and system of government".  These concerns have been further reinforced by the Australian Electoral Commission sponsored Youth Electoral Study that sought to establish why so many young people were disengaged from the political system. The researchers found only 82% of young Australians 17-25 years of age were enrolled to vote at the time of the 2004 federal election, compared to 95% of older Australians. They also found that only half of the young people they interviewed would vote if it was not compulsory, and among the reasons given by the respondents for not voting was lack of knowledge. Only half felt that they knew enough about the political issues, the voting system and the political parties to vote. These results are a little surprising given the improved civics education introduced into Australian schools over the last decade through the Discovering Democracy program.

In June 2003 the Australian Government granted rare gift recipient tax deductibility status to CEF-A. From the beginning CEF-A shared its Executive Director, Kerry Jones, with Australians for Constitutional Monarchy (ACM), and was run from the ACM's Sydney office. The ACM regularly appealed to its members to contribute to CEF-A. Despite the inclusion of several republican academics on its advisory board, the Australian Republican Movement and its members were never approached to be involved in CEF-A programs or activities.

On 13 February 2006, Lindsay Tanner, the MP for Melbourne, stated in Federal Parliament that leading monarchist Kerry Jones was contracted through her company to run the affairs of both organisations, and claimed this was a clear indication of a conflict. He continued to paint a picture of collusion between CEF-A and ACM. "Only one conclusion can be drawn from these facts: the ACM is engaged in a brazen tax scam", Tanner told Federal Parliament.


"CEF-A is simply an ACM front organisation which exists solely as a filter through which donations can become tax deductible. It operates from the same location as ACM, it is run by the same people and it has the same auditors. It is little more than a shell. This is nothing less than a fraud on Australian taxpayers".

He said hundreds of thousands of dollars of tax had been evaded. Since it was granted tax deductibility, tax-free deductions of about $350,000 a year had gone into CEF-A's coffers. Yet over the same period, donations to ACM more than halved. In 2002-03, ACM received non-deductible donations of just over $450,000, but the next year donations fell to $200,000.


"this sounds very serious and we can only hope that the ACM has not been filtering money into its own coffers under the pretence of 'constitutional education', while we at the ARM have been continuing the struggle to raise much needed funds through raffles and sausage sizzles, supported by the grass roots of our membership. We look forward to full disclosure on this matter".

Kerry Jones stated CEF-A was a "non-partisan promoter of civics education and denied any conflict of interest involving her own support for Australian remaining a constitutional monarchy". Ms Jones said that neither was there any conflict of interest regarding CEF-A and ACM employing her separate management consultancy. She did not dispute the financial incomings and outgoings, but said the high administration costs for CEF-A were because it had to meet start-up costs. The ATO audit in June 2006 found there had been no breach of the Tax Act.

All these efforts by CEF-A didn’t appear to have affected the majority of the 122 Year 11 and 12 students who attended the National Schools' Constitutional Convention in Old Parliament House, Canberra between 29 April and 1 May 2008.


On the Convention topic Australian Republic: to be or not to be? the students, who were from across all states and territories, voted in favour of a republic. In response to the question: are you in favour of the Australian Constitution being amended to establish the Commonwealth of Australia as a republic? 54% were in favour and 45% were not (There was one informal response).

Each student was required to deliver a brief address outlining their point of view. Following discussion and debate, the students took part in a mock referendum using a preference voting system to determine the preferred model: Model 2 was favoured by 73.1% of students; Model 1 by 18.5%; and Model 3 by 8.4%. It was only the second time in thirteen years that delegates to the Convention voted in favour of amending the Australian Constitution. Decisions taken at the Convention were presented to Deputy President of the Senate, John Hogg, Senator for Queensland, for tabling in the Senate.

In 2009 the Queensland Schools’ Constitutional Conventions were asked the same question:

The 16th National School Constitutional Convention, held at Old Parliament House, Canberra, 22 to 24 March 2011 considered the question, “Should Australia become a republic?” The convention comprised 127 students from government, independent and Catholic schools from across Australia, covering metropolitan and country areas. Approximately 55% of students were from government schools, 25% were from independent schools and 20% were from Catholic schools.  After being presented with arguments for and against by leading experts the students were given an opportunity to ask questions, to clarify points and to seek further information as well as challenge the views put forward by the experts. When asked to vote on the question “Are you in favour of the Australian Constitution being amended to establish the Commonwealth of Australia as a Republic?”, the results were 41 delegates (32%) were opposed to, and 86 (68%) were in favour of, Australia becoming a republic. 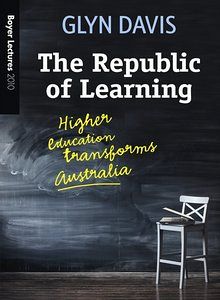 The Senate Legal and Constitutional References Committee noted in its report, The Road to a Republic, that all sides of the republican debate had stressed the importance of constitutional education and awareness and concluded that it was "the key to effective participation in any proposed constitutional reform, including reforms leading towards an Australian republic". Among its extensive recommendations, the Senate Committee proposed that a fully resourced parliamentary committee be established to facilitate and oversee ongoing education and awareness programs to improve Australian awareness and understanding of the Constitution and our system of government. The Parliamentary Joint Standing Committee on Constitutional Education and Awareness would also be responsible for the preparation and dissemination to voters of independent information, rather than partisan arguments for the Yes and No cases, in the lead-up to any future republican referendum. Republicans have more at stake than most when it comes to constitutional education and awareness: most analyses suggest that the poor level of constitutional knowledge was a major factor in the 1999 republican referendum's failure. It certainly contributed to the effectiveness of the monarchist's cynical slogan, "If you don't know, vote No". However, in the area of constitutional education, it is imperative to establish and maintain bipartisan programs, both perceived and real - the Australian people will not accept anything else!
REPUBLIC EDUCATION ANU Australian Electoral Commission Australians for Constitutional Monarchy Boyer lectures education Glenn Davies Glyn Davis Griffith University Kerry Jones Kevin Rudd
Recent articles by Glenn Davies