Prince Charles bullies the BBC into gagging The Chaser

Barry Everingham's source reveals that Australia's future king, Charles Windsor, was the one who forced the BBC to ban Australian satirical team The Chaser from commenting on the royal wedding. 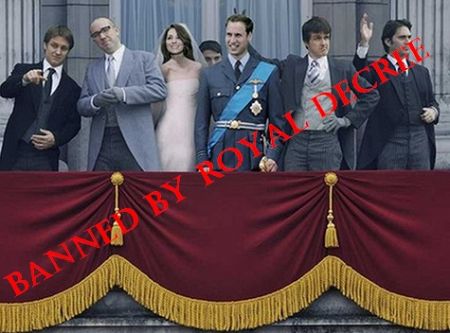 The British royal family ceased to be taken seriously when Private Eye started ridiculing them and “Rubbery Figures” got in on the act.

Now, whose fault was that?

Sorry to say, but it was the people surrounding the Queen—her advisors. The ones who, in the 1970’s, talked her in to letting the daylight in and show what privileged, unreal, out of touch with reality lives she, her  husband, their children, her mother and her sister really lived.

Sumptuous palaces and country houses, an army of servants, fleets of cars and planes – all taxpayer funded – kept them away from reality—but that’s old news.

The breaking news is unbelievable.

The Queen, according to reports, has decreed that she will not tolerate any satirical reporting of the royal wedding and to further underscore her point the BBC is saying it will deprive the ABC of a live feed of the events if The Chaser program is aired on ABC2.

Well, I have been on the telephone and here’s the real story. And it’s not about what the Queen is saying or not saying.

Prince Charles is the fly in the ointment — my source said Clarence House got wind of the The Chasers treatment and all hell broke loose.

Charles went ballistic — he was in one of his rages.

Well bully for him and one might ask — who the hell does he think he is laying down this law?

Charles for years has never been taken seriously by many people — with the exception of his mistress and now wife, Camilla Parker Bowles, his egregious father, Prince Philip, and his grandmother, the late Queen Mother. 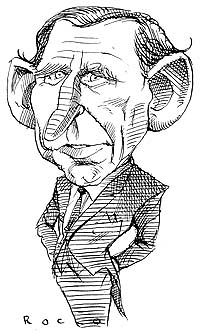 His fate was sealed when he treated his former wife, the late Princess Diana, so shabbily and then by courtesy of Rupert Murdoch we heard him tell Camilla in a recorded telephone conversation that all he wanted to be was her tampon.

What ambition he has!

This bloke is satire himself, satire writ large. And for him to act like he has is an outrage.

My source further says that William and Kate are chilling alone away from it all and I was told — they would be the last to complain.

Said the source, they live in a real world and they wouldn’t be even slightly concerned if they were sent up.

A family which is made of people like the princes Andrew and Edward, along with Fergie and (God help us, in a funny way) Diana, can’t be taken too seriously.

Before too much more damage is done, the BBC should tell Clarence House where to get off, let The Chaser have its fun and put the minds of the ABC at rest.

Millions of Australians want a commercial free look at the spectacle, and a bit of a laugh.

Censorship by royalty is out of place in our national life, and greatly resented by Australians. There is already a Facebook page with hundreds of fans and a petition demanding Clarence House back down from their outrageous censorship of Australia satire.

If Clarence House doesn’t move quickly, the Republican Movement will have received its biggest boost in recent times, right at a time the royals will have expected to have nothing but positive PR.

Talk about shooting oneself in one's royal foot.


Watch The Chasers Most Famous Stunt