Nothing Australian about the Queen's jubilee

Senior correspondent Barry Everingham says something very important has been lost in the Queen’s jubilee celebrations.


Now that the four days celebrating the Queen’s record breaking time on England’s throne are over, perhaps the flat-earthers over at David Flint’s fun-filled ACM offices might just ponder on something that has escaped them recently.

That is: we are Australians — not forelock tugging foreigners.

This was sheeted home when watching the ACM and joint NSW ultra-right wing O’Farrell Government’s service of Thanksgiving at St Andrew’s Cathedral.

First, proceedings started with the singing of the national anthem of Great Britain, which included a verse never heard in England and was full of religious clap trap which might be OK for the Poms who have an established religion but was highly insulting to all non-Christian Australians, who these days seem to be in the majority. In any event, for those in the congregation who were under 40 and who probably had never heard God Save the Queen, the words where flashed onto a huge screen which obliterated the altar.

Second, to add insult to injury, the whackos who organised the event followed the foreign country’s anthem with the Australian national anthem (hello boys! We’re in Australia, you know?!) and again its words were displayed … including a verse never heard and started off with a plea to Christ to make us good. But we are a secular country and we do not have on official religion.

Now that the people who follow the Flint line might just be recovering from their four days of orgasm-like trances, it is surely time to point out a few home truths.

The celebrations in far off England – or “home” as Flinty would like to be able to say, and his followers certainly do – were magnificently stage managed and presented (pity about the weather). In the events department, the British have no peers and it’s hoped the Olympics folk took a close look at how it’s really done.

Had the monarchists for one second thought about the main  players in the spectacle, they would realise that in the event of some royal terrorist wipe-out those who survived would be able to pick up where the dead left off and take over.

In other words, while we have this outdated and insulting system, we are stuck with a gaggle of foreigners who – like the Queen and her immediate family – are eligible to be the Australian head of state and then hand over to another foreigner, so long as he or she isn’t a Roman Catholic or a bastard!

Now, before I hear cries of “off with his head” I know the system is being altered, but it hasn’t been yet.

When the Queen goes to that God who whenever her anthem is played is asked to save her, we will be stuck with Princes Charles and his former mistress, now wife, as our king and queen.

Then William and then Harry and down the line it goes — not an Australian in sight or in mind.

Well, the most unpopular member of the royal family, Princess Michael of Kent was a naturalised Australian and she and her husband, the Queen’s first cousin, Michael, have a son and daughter. Michael had to drop off the line of succession because his wife is a Roman Catholic but their children are not, so they remain.

It his high time we reopened the republic debate and got things ready before the day Charles takes over. The leader of Her Majesty’s Loyal Opposition (how’s that for plain stupidity?) will need a bit of convincing — he is embedded in the Flint camp and, as a practising Roman Catholic, his main allegiance is to another German who is resident in Rome. Very pragmatic is our Tony.

If it comes to a secret ballot in the Liberal party, it might be interesting to see how many “Loyal Members” are in favour of not only a republic but gay marriage as well.

Dare you to hold that ballot Tony … go on. 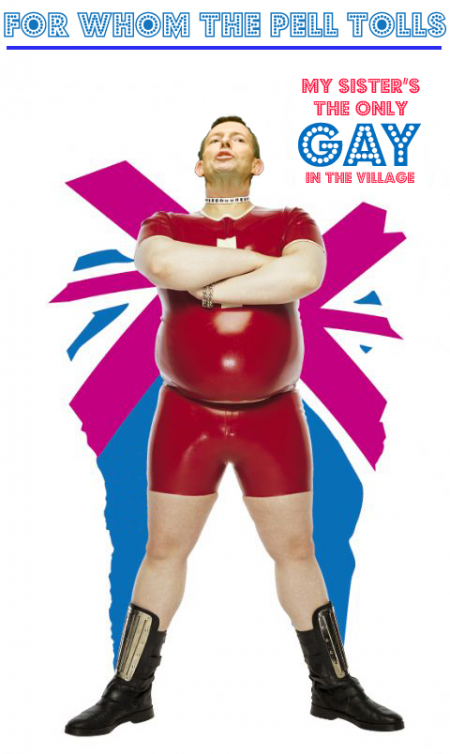