No need to wait, Julia

Julia Gillard is wrong, writes Barry Everingham. There is no point in waiting for the Queen to either abdicate or die before we become a republic.

THE TIME has come for us to bite the bullet. If we wait for the death of Queen Elizabeth we could still be a saddled with a foreign head of state for another fifteen years.

She has longevity genes from her mother’s side of the family and as few from her German ancestors as well.

As well as having lived an exemplary life, the Queen has lived healthy one as well – she seems never to have been seriously ill. 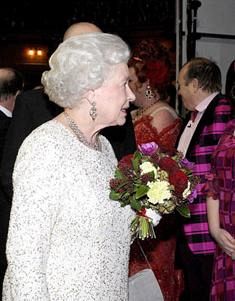 The Queen has never been on public record as saying she would ever abdicate – that’s still a dirty word in contemporary British royal circles.

Her father’s eldest brother – King Edward V111- renounced the throne so he could marry his twice divorced America mistress, Wallis Warfield Simpson. He was created Duke of Windsor and the couple became the monarchs of café society.

The “scandal “rocked the Empire as it was then and Elizabeth found herself proclaimed  Queen on the early death of her father.

The 84 year old monarch really deserves to be released from the bonds which tie her outmoded and unnecessary life she is forced to lead.

If the modern nations of the Commonwealth - Australia, New Zealand and Canada – showed some constitution common sense and did away with this nonsense she would no doubt be an extremely grateful woman.

(Barry Everingham is an internationally renowned writer and broadcaster, having worked for many years as a foreign correspondent with News Limited, as well as being an MSNBC commentator in New York. He is now based in Melbourne. This article was written exclusively for Independent Australia.)