Let's include the Queen in the new Australian Republic 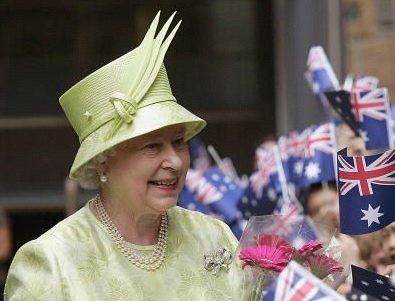 Amanda Vanstone always said what she thought when she was in the Senate, and as our country’s ambassador in Rome the strictures of diplomacy didn’t get in her way either.

A long time committed Republican, Amanda believes we shouldn’t wait to change the Constitution until the Queen dies — claiming Elizabeth isn’t offended by the R word. I’m convinced the former senator is making the correct assumption.

It is something our head of state has on a few occasions publicly stated.

In her 2002 visit, she pointedly said the way Australia develops over the next 50 years “is in yours hands”.

And, to make her point clear, she went on to say that whatever may lie ahead we (Australians) would have her, admiration, affection and regard.

Let me quote Vanstone from the Sydney Morning Herald and The Melbourne Age:

I want us to become a republic because I want our constitutional arrangements to be Australian. My motivation is to strengthen our Australian identity.

Bringing an end to the Windsor family reigning as monarchs over us is a consequence, not a motivation.

Then she hits the nail firmly on the head:

Remember when Cathy Freeman won the 400-metre race in the 2000 Sydney Olympics? The bronze was won by Katherine Merry from Britain. Many of us were hyped up before the race. Inexplicably perhaps, but it meant a lot for us. We were cheering not just for us, our team, but for Cathy. Was our Queen? 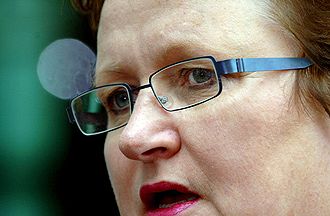 Vanstone believes that many Australians respect and admire the Queen and by putting forward  a timetable for us to become a republic while she is still alive means she is not being treated “…like some demented old aunt in the corner of the room, in front of whom we whisper, without including her in what's going on”.

The former senator and ambassador has come up with a superb scenario and it goes as follows:

We should be looking for ways in the process of change to acknowledge her majesty as our monarch and to include her.

She says it is not by stifling the debate in front of her that we demonstrate how stable, free and robust our current system is.

The Queen could, says Vanstone as an example, open a special sitting of Parliament to consider referendum bill. She says that if what she thinks is inevitable happens, there could be some sort of ceremonial handover.

That’s when the PM of the day could make the speech of the century. A grateful nation could put on record its affection and gratitude.

In sharing this with our readers I’m hoping the monarchist’s spokesman will spare us the spleen, invective, spin and feline raging which underscores anything to do with even the mention of the “R” word.