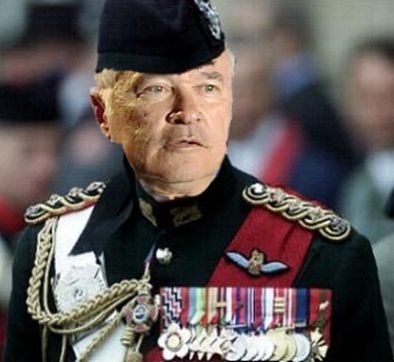 David Flint wears so many hats these days it’s a wonder that beautifully coiffured hair stays in place.

Today he’s changing the history books in relation to the disgraceful decision made for Australia to get involved in what most nations correctly regarded as an “unwinnable war”.

He correctly states that

“Australian involvement in the Vietnam War was marked by controversy and significant levels of public opposition to conscription and concern about casualties.”

Then, as usual, he goes right off the rails by saying some political activists opposed to the war behaved appallingly to the veterans.

I’ll bet my bottom dollar he scraped the bottom of the Republican barrel looking for some anti- monarchist involvement but came up with nothing.

Had he looked deeper he would have come across the attitude of the RSL which was nothing short of disgusting, so much so that those brave Vietnam Veterans were forced  to form a break away association to look after their needs.

He at least admits the RSL was – but is no longer – a political activist group.

Flint should have mentioned that it wasn’t until 1987 that the Veterans were given a welcome home parade and in 1992 a National Memorial for the Vietnam War was unveiled in Canberra’s Anzac Parade.

But that’s not all the owner of ACM has been up to lately.

On his personal blog, he’s waxing ecstatic about the unlikely named Jai Martinkovics, the “Young ACM Spokesman” who of late seems to be playing a huge part in the professor’s life.

“During the course of her address, Ms Hutchins proceeded to inform the students that Victoria was the only state to vote in favour of a Republic in the 1999 referendum”

“Of course, we know that the 1999 referendum was voted down in all states and in 73% of electorates."

This is where Flint became bitchy and feline and wrote:

“When Mr Martinkovics reminded Ms Hutchins of her states’ history, the students chuckled to themselves!”

As though that wasn’t enough, he arrogantly went on that “we” – there’s that royal plural he loves so much –

“... accept that Ms Hutchinson did not intent to mislead the students, but if a republican leader is so careless with facts which are so easily verifiable what trust can young people place in the republican campaign for some unknown changes to our constitutional system?”

Come on, David, these are kids, not blue rinse North Shore matrons who hang on every word you hiss.

But, I wonder if Jai told the kids that not one of them could aspire to their country’s top job under the current constitution?

That only a foreigner, who is an Anglican, and a child of married parents and not the bastard of an unmarried couple, could have that aspiration.

I would think Jai’s script should be carefully vetted by officials of the Department of Education before he’s let loose in a public school again.

Oh and by the way.

David Flint wants Peter Cosgrove to be knighted — but doesn’t say by who.

He must have forgotten we don’t knight Australians anymore — and he went right off the rails again. He claimed that, of course, if we did allow knighthoods they could only be approved personally by the Queen.

If a prime minister or state premier sends name for a knighthood to London under the old system, it’s automatically approved. Look at the names Joh Bjelke-Peterson and Bob Askin put up. If the Queen had any say none of them would have been accepted.