Barry Everingham says new ACM Executive Officer Jai Martinkovits may need all his Tae Kwon Do skills if he wants to drag the ACM kicking and screaming into the 21st century. 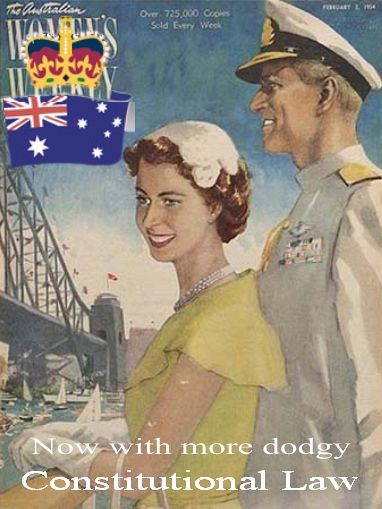 My trusted and well-loved mole from within the depths of ACM called me last week confirming that La Flint (as he quaintly refers to the very quaint Indonesian-born David Flint) had knifed Tom Flynn in the back and replaced him with the unlikely named and fresh faced Tae Kwon Do brown belter Jai Martinkovits.

I hadn’t had the time of late to get my usual belly laughs from Flint’s personal web site – I have too busy observing the disgusting behaviour in the House of Representatives of the egregious bully Tony Abbott – so the announcement escaped me, but what hasn’t escaped my or the mole’s attention is that Flynn had served his purpose – whatever that may be have been as I can’t for the life of me see the point of either Flint or Flynn – and the hapless former acolyte and seminarian has been “kicked upstairs” and given a meaningless “editorial  role” — as if Flint will hand over as much as a comma to his former sidekick.

The professor was in fine fettle eulogising the previous holders of this nothing office – the Mad Monk himself, the dreadful Kerry Jones, Tom and now the boy wonder.

Which makes many of us wonder if the lad realises what he’s letting himself in for?

Flint is in total control of ACM – he won’t brook any interference from anyone, he controls the board, the executive, the “supporters” and he regards the ACM website as his own, which is obvious from the crap he publishes on it — it’s a rehash  of the Women’s Weekly (which is, by the way, now a Women’s Monthly (someone might take the professor aside and explain THAT double entrendre to him) and as I’ve often remarked  the only items missing from it are recipes and knitting patterns.

Young Jai might, I’m predicting, need all his Ta Kwon Do skills to keep Flint at bay if he wants to start flexing his muscles to drag ACM kicking and screaming into the 21st Century and some approximation of reality.

An example of Flint’s total removal from reality was his gushing “announcement” that Her Majesty had approved the re appointment of Marie Bashir as Governor of NSW for the umpteenth time.

Now, Flint of all people knows full well that the Queen of England, as a constitutional monarch, has absolutely no choice but to appoint whoever the politician involved wants as Governor — even if it’s Mickey Mouse. But he can’t help himself — his “announcement” was couched in last century Flintese giving the impression that ER II could easily have refused to accede to Barry O’Farrell’s request, which of course is nonsense. Had she done that – she’s too smart not to have done so of course – she would have started a constitutional ball rolling which could have ended up anywhere.

It’s time Flint stopped his insane foot stamping and hyperbolic behaviour and got real — and truthful.

I was interested to see Flint leaping to the defence  of The Australian following Robert Manne’s devastating and incisive essay on what is wrong with the Murdoch flagship rag — which, incidentally, is pro Republic.

Flint, of course, used the Manne essay to get to Manne himself and as usual was his dreadful bitchy feline self.

Flint can’t stand real intellectuals and he can’t come to terms with the fact expressed correctly by Manne that the foreign Queen in London is the Australian head of state.

But I hope the foreign born head of ACM doesn’t take too much heed of his detractors; ARM needs him in situ — he helps the cause of republicanism immensely.