The Morrison Government has been nothing but a detriment to Australia's progress and should be voted out for a prosperous future, writes John Wren.

IT'S TIME to get rid of this putrid government.

Over the last week or so, there have been numerous indications that Prime Minister Scott Morrison will call an election in the last quarter of 2021. Despite his rhetoric that he is a “full-term PM”, Morrison will seek to capitalise on a (hopefully) successful vaccine rollout. Apart from the Liberals' obvious manoeuvring, getting their pre-selections in order, Labor and the Greens are also planning for the 2021 election eventuality. We saw Labor leader Anthony Albanese rejigging his shadow ministry and the Greens are also noticeably more active at Branch level.

We need to be very clear. Australia is at a social and economic crossroads. The Morrison Government does not deserve to be re-elected. In fact, it didn’t deserve to be elected in 2018. It scrambled across the line on the back of Clive Palmer’s vote harvesting operation and out-and-out Election bribery via targeted sports and community development grants (the sports rorts scandal).

At present, the Australia we all love can be salvaged. However, another three years of the Morrison regime will change it perhaps permanently for the worse. Already, the current generation of Australians (First Nations excepted) is the first generation that will be worse off economically and environmentally than their parents’ generation. This is a shameful legacy for any government.

But why has the Morrison regime, along with the Abbott and Turnbull Governments that preceded it, been so bad? 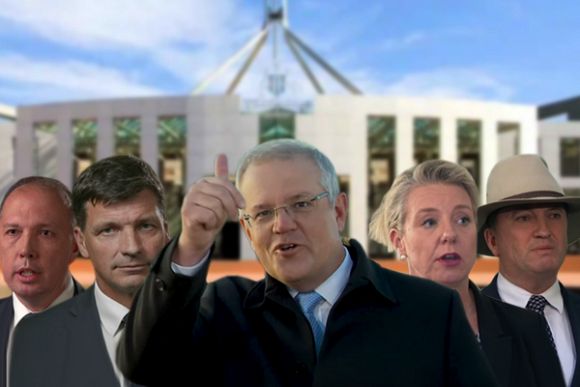 Australia is a secular nation with a constitutional separation of Church and State. However, the Liberal Party has been actively recruiting hard right-wing “Christian” conservatives to its ranks in droves. In Victoria, the Party has actively recruited for the Church of the Latter-Day Saints (the Mormons) as well as Pentecostal churches.

Similar trends have been noted in other states, most notably Western Australia. Morrison himself is an active member of the Pentecostal Horizon Church (formerly “Shire Live”, allied to Hillsong). These extremists in Parliament have values that don’t align with the views of the vast majority of Australians and those values influence their policy and voting records.

The horrifically damaging same-sex marriage plebiscite was an example. The Victorian State Liberal Party has been tearing itself to bits over the Bill to prohibit so-called “gay conversion therapy”. The Bill passed regardless, but in the 21st Century, the fact they are even debating within their party whether torturing someone until they lie about their sexuality should be legal is gobsmacking.

There are a number of these in the current government. The two most prominent are Craig Kelly and George Christensen, but there are others. These two, in particular, have bought into the QAnon rhetoric over “deep state” infiltration, the Chinese Government, climate change denialism, COVID-19 hoaxes, alleged cures and vaccine disinformation.

These conspiracists actively undermine public health measures as well as any chance the Government might have to act on climate change. Kelly’s rhetoric became so bad this week, Morrison was forced to be seen to publicly dress him down. Behind the closed doors of Morrison’s office, though, so we will likely never know what was actually said.

Given that one of Morrison’s personal friends is one of the most prominent Australian QAnon exponents, it’s easy to see why so many are sceptical of Morrison’s supposed reining-in of Kelly. The fact that Kelly has not removed (at the time of writing this) his controversial Facebook posts is telling.

The Morrison regime is the most corrupt Australian government since the days of the NSW Rum Corp. From Murray-Darling water buybacks, sports rorts, community development grant rorts, bushfire recovery rorts (this week we learned a substantial amount of payments have ended up in a single electorate — that of Deputy PM Michael MacCormack’s Wagga Wagga electorate). These are the big ones, there have also been numerous pay-offs to party donors, suspect off-books tenders. It’s now gotten to the point that for every announcement the Government makes, people are joining the dots to work out how the Liberal Party or its donors and cronies benefit.

Scott Morrison himself implemented the robodebt fiasco when he was Treasurer. It was subsequently deemed illegal. Anecdotally, hundreds died through suicide as a result of receiving the illegal letters of demand. Morrison has blood on his hands but has never been charged.

Similarly, the regime has refouled Sri Lankan refugees that were intercepted at sea, an act deemed illegal by the U.N. and treaties that Australia is a party to. In the Netherlands, the entire government resigned over their version of robodebt, yet in Australia, Morrison gets off scot-free, even getting away with calling it “Labor’s robodebt” scheme in Parliament. And let’s not forget Alan Tudge, who illegally detained an asylum seeker, an act the Federal Judge stated was illegal. No one will be held to account.

How have we come to this? In a normal functioning democracy, the media would be holding the Government to account. In Australia, we now have an effective conservative cartel controlling the Government’s messaging — Murdoch’s Newscorp, Kerry Stokes’ Seven West Media and Peter Costello’s Nine Entertainment.

The cartel operates hand-in-glove with the Liberal Government it publishes propaganda in support of, plays down or doesn’t report its excesses and corruption and over-reports every alleged failing and slip-up by the opposition Labor and Greens parties. The cartel effectively operates as Pravda did for the old Soviet regime. These media outlets have imperilled Australian democracy, our way of life, economic wellbeing and security.

I haven’t even covered off the Government’s sheer incompetence in this piece. But one thing is for sure — Australia cannot survive another three years of Liberal Party ideological and religious zealotry, incompetence, corruption and malfeasance. The Government must be removed for our children and grandchildren’s sake. The stakes are too high.