The world needs drastic economic and social change if we are to avoid catastrophe, says Peter Johnstone, yet we still keep partying on like there’s no tomorrow.

The Party is over.

We are at a crucial time in history. Capitalism has failed to protect the natural environment upon which all life ultimately depends and the physical survival of humanity will require a radical change in direction. Drastic economic and social change need to occur if we are to avoid catastrophe.

Ignoring the risk is irrational, especially when it is set against the risks we are prepared to take in other aspects of our lives.

Yet we continue to party on.

We ignore the signs, we denigrate the scientists who are telling us this and we do next to nothing about it. 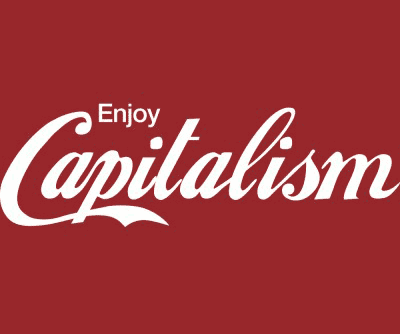 Reason 1: Its cosy & warm inside

The changes in living that would be required seem to be so drastic that people prefer the catastrophe to the sacrifice they would have to make now.

Arthur Koestler’s description of an experience he had during the Spanish Civil War is a telling example of this widespread attitude. Koestler sat in the comfortable villa of a friend while the advance of Franco’s troops was reported; there was no doubt that they would arrive during the night, and very likely he would be shot; he could save his life by fleeing, but the night was cold and rainy, the house warm and cosy; so he stayed.

Fortunately, he was saved many weeks later by the efforts of friendly journalists.

There was a different outcome in Balibo, East Timor. Being ‘Australian’ was no protection.

This is also the kind of behaviour that occurs in people who will risk dying rather than undergo an examination that could lead to the diagnosis of a grave illness requiring major surgery. 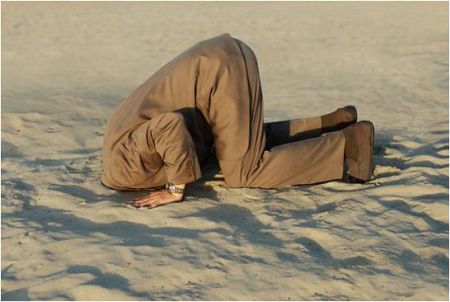 Reason 2: Pretending to do something effective.

Our leaders and governments undertake many actions that make it possible to pretend they are doing something effective to avoid a catastrophe, such as setting targets, having economic summits, and endless conferences, resolutions, and disarmament talks. These all give the impression that the problems are recognised and something is being done to resolve them. Yet nothing of real importance happens; both the leaders and the led anaesthetise their consciences and their wish for survival by giving the appearance of ‘moving forward’.

Selfishness is one of the pillars of contemporary practical ethics, so why should our leaders and members of government act differently?

It is no longer shocking when corporate Directors or CEO’s make decisions to their personal advantage, but at the same time are harmful and dangerous to the community. They do not seem to know that greed makes people ignorant about their own real interests, such as their interest in their own lives and the lives of their children. Corporations may produce or do things that we need and that are good for society, but their real mandate is to make money and the more they make and the faster they make it, the better.

When profit is their primary goal, corporate leaders will fight to reduce their share of taxes, manipulate the media and the members of government, demand subsidies, oppose regulations and undermine the community interest. If a carbon price is going to impact on profits, it will be fought with every means at their disposal without consideration of the long term impact of too much carbon in the atmosphere.


Reason 4. Science and technology will solve everything

There is a widespread preoccupation with, and belief that, science and technology can solve our problems. At the Copenhagen Climate Summit in 2009 there were 192 priorities trying to make nature fit our systems.

Travel to different parts of the world and witness the onslaught that the nexus of science and profits has had on nature and on the degradation of our planet. Capitalism is not benign. Capitalism and the scramble for bigger profits has ushered in Climate change; has destroyed or degraded the habitat of most species that inhabit the earth; has altered or stopped water flows; added harmful nutrients and other chemicals to the environment; has brought about unsustainable harvesting (from fish through to forests) and introduced species destructive to indigenous animals and their habitat. Tim Flannery has aptly described what is happening — we are engaged in a ‘war against nature’.

There is a belief that progress is unlimited and that Capitalism linked with science can solve all our problems, including climate change.

Biology dictates our absolute need for clean air, clean water, stable temperatures, clean soil, clean energy and biodiversity for our survival and health. The laws of nature are such and we can’t change them. We have to live within the limits of nature’s laws, and we seem to be blind to the scientific fact that natural resources have their limits and can be eventually exhausted.

As long as we believe that science and technology will rescue us from catastrophe, our imagination will be lacking to visualise new and realistic alternatives. Capitalism, free enterprise, the economy, corporations, currency, markets are not forces of nature. We invented them. If they are not working, we can and must change them. We should be looking for ways to make our systems work with nature, not the other way around.


Reason 5: No pathway, no alternative vision

Greed is everywhere. The general public is also so selfishly concerned with their private affairs that they pay little attention to all that transcends the personal realm.

The Occupy Movement, Angela Merkel, Socialists in Greece, Barack Obama and Wayne Swan are all looking at ways to keep the party going. There are attempts to redistribute wealth and regulate banks, but essentially unfettered capitalism still dominates.

The capitalists are happy to party on like reckless royalty. And they will continue to party until all is exhausted.

Capitalism and the culture of greed have become so pervasive that the current generation assumes it to be the natural way of modern living. We can see its influence – where markets and profit are paramount – in media, in films and in popular music. It is culturally dominant and has penetrated business, the Labor Party and almost every other human activity.

The alternative Social Democratic Socialism failed because it tried to outdo and compete with capitalism. The Soviet version adopted capitalist practices (like Taylorism) and overlayed it with state bureaucracy and technocratic ‘fascism’. Their system was also based on the principle of consumption as a goal for living. The consumption and the enjoyment of the party are not just for the bosses or the elite in society, but for all ‘workers’; a bourgeois life for all — even though it’s state controlled. This was supposed to lead to unrestricted happiness. In any case, the pretence of the Communists – that their system will end the class struggle by abolishing class and redistributing the profits of large corporations – was fiction.

What about the Greens you may ask? The Greens have a platform of ecological sustainability, social justice, grassroots democracy, peace and non-violence. While pointing the direction, the Greens are yet to set a coherent vision in the public arena. At the same time, the Greens in Tasmania make a deal with Forestry Tasmania that may be as damaging as felling the old growth forests — supporting the establishment of chemically dependent plantations that destroy good farm land and poisons the water.

The 2010 book ‘Merchants of Doubt’, written by the two science historians Naomi Oreskes and Erik M Conway, tells with brutal clarity the disquieting story of how a group of high level scientists, with connections to industry and with a right-wing political agenda, ran effective campaigns to mislead the public and deny well-established scientific knowledge in the United States for over four decades. The same individuals who claim the science of global warming is ‘not settled’ and that it is a fabrication of alarmist scientists have also denied the truth about studies linking smoking to lung cancer.

Similar groups and think tanks in Australia, with their corporate funding and with a stakehold in maintaining current practices, have been hugely successful in getting mainstream media exposure and in sowing doubts about the message of scientists. It’s success was demonstrated recently in Queensland, when the LNP state conference passed a motion calling for an end to the teaching of climate science “propaganda” in Queensland schools.

Many people assume the catastrophe will be like one of the movies from Hollywood — set in the distant future, there will be a sudden tsunami tide of rising sea levels that will inundate all low lying land on the planet.

What few people understand is that the catastrophe is already underway. The rate of animal and insect extinction is unprecedented; extremes of weather in different parts of the world; depletion of fish in our oceans; chemicals in our waterways and pollution in the atmosphere; wealth polarization where the rich few get richer and the rest struggle; increasing shortage of water and food; the collapsing economies in Europe and the depletion of natural forests are but a few examples.

We know this and still do next to nothing. We party on.

I try to map a pathway out of this miasma tomorrow in part 2.