We’re partying on like the world's about to end  — and maybe it will if we don't sober up soon. Here in part two of this three part series, Peter Johnstone suggests it’s time for an intervention and a global attitude change.

[Read part 1 of this series: ‘Why we keep partying while the world around us burns’.]

In the late 1980’s, 150 scientists figured out that there was a problem with Chlorofluorocarbons ( CFC’s) and that hairspray, refrigerators were depleting Ozone levels all over the planet. A minority group of ‘scientists’ with a political agenda declared that this was ‘alarmist’ and that there was no problem with CFC’s.

Many women in USA, however, stopped using any hairspray containing CFC’s. This forced hairspray manufacturers to dispense with using CFC’s in their products and this was enough to inspire real policy changes. In 1990, governments from all over the world agreed to phase out CFCs. Now our hairspray, refrigerators, and other products are CFC-free.  This success belongs to no one person, but to the scientific community and to the broader community, which acted on important scientific findings. (Refer “Merchants of Doubt”, by Naomi Oreskes & Erik M Conway, 2010)

Today, our goal is more far reaching; our goal is for a sustainable planet and a society that can exercise control over irrational social forces, corporations and institutions that threaten the survival of society — if not humankind itself.

The first requirement in the possible creation of the new society is to be aware of the almost insurmountable difficulties any such attempt will face. 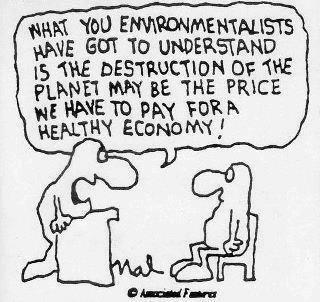 Some of the fundamental issues to solve:

Most advanced countries spend at least 2 per cent of GDP on standing armies, navies and air forces, even though the chance of having to repel an invasion is extremely remote. Destroyers, submarines, fighter aircraft, bombers, tanks and artillery are useless against terrorism and low-level threats and as aids in disasters or peacekeeping missions.


‘In Australia’s case, the chances of needing a sophisticated standing defence force to repel an invasion over the next 50 years would be no greater than one in 100.’

(‘Sceptics should face the need to manage risk’, Kenneth Davidson, 2008)

The consequences of defeat in total war may be slavery, which is still preferable to the annihilation of civilization and most of the species on the planet — the possible consequence of continuing to party on like reckless royalty.

The cost of changing course would probably be less than 1 per cent of GDP and, arguably, the infrastructure needed to avoid disaster on our planet – renewable energy, public transport, information rather than energy intensive industries, less pollution and slower and more healthy lifestyles, involving walking and cycling – would make cities more civilized, even if the catastrophe is not as dire as scientists’ modelling suggests it may be.

We can’t, however, afford to wait for governments to act. It’s up to us.

Governments and the media are captives of corporations, think tanks and lobby groups, factions and party platforms, and media owned election polls. All of these forces are unelected and stand outside the democratic process.

The thinker Erich Fromm, in one of his last books: ‘To Have or to Be?’ (1976) has detailed how the ‘Having’ mode has permeated the western consumers psyche. He suggests that


‘…only a fundamental change in human character from a preponderance of the ‘having’ mode to a predominantly ‘being’ mode of existence can save us from a psychologic and economic catastrophe’.

Mind you, none of what I’m describing is new and many have shown the way: Buddhists, Indigenous people the world over, Tim Flannery, Rachel Carson, Club of Rome, Naomi Wolf, some Christian and other religious philosophers, David Suzuki, some rural folk with a close affinity to the land, Quakers, Michael Leunig, Radical Humanists, Bob Brown, Karl Marx, E.F.Schmacher and many more. (I will detail some of this writing in the appendix)

We seem to have forgotten the lessons taught to us by our parents and grandparents who came, through The Depression: live within your means and save some for tomorrow; satisfy your needs and not your wants; help your neighbours; share and don’t be greedy and money doesn’t make you a better or more important person.

We can change if the following happens: 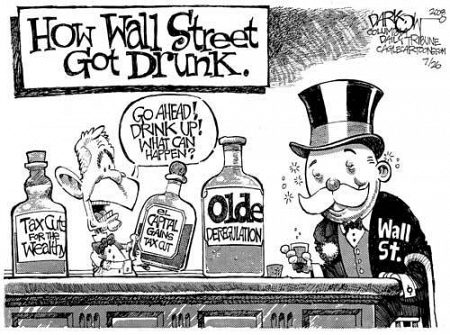 What would characterize a person living in this new and hopefully long term sustainable society?


Considering the power of large corporations, the apathy and powerlessness of the large mass of the population, the inadequacy of political leaders in almost all countries, the emptiness of mainstream media, the overconsumption and short-termism – is there a reasonable chance for salvation?

From a business point of view, there would appear to be no chance; no bank or reasonable human being would bet their fortunes when the odds represent only a 2 per cent chance of succeeding.

Life, however, is neither a game of chance nor a business deal. If a sick person has even the barest chance for survival, no responsible physician will say ‘Let’s give up the effort’, or use only palliatives.

Where is the hope?

There is an increasing display of dissatisfaction with our present social system. Today, the empty life of consumption comprises the whole middle class — and a growing number of people are beginning to recognise the need for change. On purely economic grounds, a new ethic, a new attitude towards nature, human solidarity and co-operation are necessary if the western world is not to collapse and humanity wiped out. An appeal to reason, aside from ethical and emotional considerations, may mobilize the minds of many people. The use of Twitter, ‘Get Up’ and other social media may prove to be a strong factor in achieving this as well as promoting greater active participation in the democratic process.

Furthermore, the necessity and the ideals of a new and different society cross all political and religious groupings; many conservatives have not lost their ethical and religious ideals. Workers, farmers and environmental activists, from all walks of life, who put the human future above short term profit, can and will recognise their common ground.

We must believe that a genuinely democratic society, built on peace and cooperation, and sustainable in social, economic and ecological terms, is possible.

(Tomorrow, Peter Johnstone will complete this series with an Appendix to the first two parts and further references. You can follow Peter Johnstone on Twitter @sem4peter.)