Why was the Japanese army so brutal?

Why were the Japanese so brutal in World War 2, especially towards prisoners? Brad Webb looks at the historical, political, social and cultural factors to try to come to an understanding.

While talk of an international conspiracy raged, the Japanese economy experienced ruinous losses resulting in widespread unemployment in countless communities. Businesses closed and many citizens were forced to near starvation. The population explosion, which saw the country double in size since the Meiji Restoration, had exposed the country to the brutal fact it could not adequately feed its people.

Sections of the Japanese military and government felt the Western powers had contrived to keep it at a disadvantage. Compared to its European and American allies, who continued to control much of the Asia Pacific region, Japan saw itself surrounded by colonialism. Japanese derision heightened when the United States introduced restrictive new immigration laws that Japan considered as anti-Asian. Adding to Japan’s list of grievances was the English declination to ratify a new Anglo-Japanese alliance.

Circumstances continued to lead Japan exorbitantly towards military confrontations with its neighbours, in particular the Soviet Union and China. Japanese interest initially lay in the Chinese province of Manchuria, with its access to rich deposits of natural resources. Under the guise of economic development, Japan began to court the local warlord Chang Tso-lin. By the late 1920’s, Japan had entrenched itself within the Manchurian economy, enabling it to set up a base for its 80,000 strong Kwantang Army.

“Our Empire must immediately take steps to break asunder this ever-strengthening chain of encirclement which is being woven under the guidance and with the participation of England and the United States, acting like a cunning dragon seemingly asleep. This is why we decided to obtain military bases in French Indo-China and to have our troops occupy that territory.”
(Japanese Foreign Ministry to Washington, 31 July 1941)

Out of all this perceived negativity, a new foreign policy built around expansionism began to emerge. Spurred on by fringe elements that called on the Japanese to become more patriotic, a major change in the direction of the government came in 1932 with the assassination of Prime Minister Tsuyoshi. Shot dead by an extreme right-wing militant shortly after the completion of a new disarmament agreement, the death of Tsuyoshi interposed a more militaristic intensity on the upper echelons of Japanese politics. New political parties began to emerge. One in particular, the army party, led by General Hideki Tojo, would become a major player in the subsequent years.


“Tojo’s code was simple: he was determined to establish Japanese primacy in its chosen sphere of influence, to defeat the Western nations (eventually and if necessary Russia, the traditional enemy) which would not accept it, to subdue and incorporate China within the Japanese empire, but to offer other Asian states (Indo-China, Thailand, Malaya, Burma, the East Indies) a place within Japan’s Asian ‘Co-Prosperity Sphere’ under Japanese leadership. His vision was of an Asia liberated from Western presence, in which Japan stood first among peoples who would recognise the extraordinary effort it had made to modernise itself.”
The Second World War p.204

Using a clever ruse as an excuse to mobilise, Japan instigated an incident along the South Manchurian Railway in September 1931. By the autumn of 1932, all of Manchuria was under Japanese control. In 1933, Japan became the first country to withdraw from the League of Nations after China requested an investigation into the Japanese occupation. Revitalised by their coup, Japan embarked on a military campaign aimed at destabilising North China.

Apprehensive towards the united forces of the Chinese People’s Party and the Chinese Communist Party who until 1936 were engaged in a bloody civil war, Japan launched a pre-emptive strike against China. The Sino-Japanese war, which began in 1937, allowed Japan to seek new territories to occupy and new assets, including minerals and forced labour, to exploit. These recently acquired resources meant that Japan no longer had to rely on materials imported from other countries.

“…Nanking should be remembered not only for the number of people slaughtered but for the cruel manner in which many met their deaths. Chinese men were used for bayonet practice and in decapitation contests. An estimated 20,000 – 80,000 Chinese women were raped. Many soldiers went beyond rape to disembowel women, slice off their breasts, and nail them alive to walls. Fathers were forced to rape their daughters, and sons their mothers, as other family members watched. Not only did live burials, castration, the carving of organs, and the roasting of people become routine, but more diabolical tortures were practiced, such as hanging people by their tongues on iron hooks or burying people to their waists and watching them get torn apart by German shepherds. So sickening was the spectacle that even Nazis in the city were horrified, one proclaiming the massacre to be the work of bestial machinery.”
(The Rape of Nanking, p.6)

With the Emperor’s unwillingness to lead his people away from armed conflict, Japan appeared to be in the grip of Bushido, the way of the warrior. The Imperial Government refused to be dictated to by an anglicised government such as the United States of America when it came to matters involving Asia. Japanese pride denied it the ability to compromise. Japan believed it had a sovereign right to rule, to become the “Light of Greater East Asia” and ultimately the “Light of the World”. The Japanese felt that by conceding ground their country would be humiliating itself in front of the world. It was time to “Climb Mount Niikata” —the strike force signal to the Japanese fleet to advance on Hawaii.

The Japanese army believed it was the divine blade; an embodiment of the Emperor’s will. Descended from gods, destined to take dominion over the lesser peoples of the world, the spirit of the blessed Emperor Hirohito rode with each and every soldier of the Imperial forces. Under the Japanese warrior code surrender was an unspeakable disgrace; prisoners were despised and treated accordingly. Japan did not observe the Geneva or Hague conventions that protected prisoners of war and civilians against ill treatment.

“It seems likely that some admin. Officers were beaten up in Kanchanburi over a matter of wireless sets and map found; they suffered severe injuries such as a broken jaw, broken arm and ribs and two have subsequently died. This type of beating to death can scarcely be termed punishment officially and no trial was carried out.”
(The War Diaries of Weary Dunlop, p.294)

When Japan commenced its war in the Pacific, early victories were swift and devastating. The fall of Singapore crippled the British in Asia. Fighting in New Britain, Bougainville, Borneo, and the New Guinea mainland saw Australia alone lose 22,000 men to prisoner of war camps – 8,000 of which were to die in captivity. The Japanese occupation saw thousands of incarcerated Allied troops endure years of hardship and torture. Japanese soldiers frequently used prisoners as target practice and would interrogate soldiers constantly in the hope of extracting confessions or information.

“For seven weeks they were kept in solitary confinement without bed or blankets. They were taken out only for interrogation, and the sound of their screams and blows as they were beaten with leather whips and clubbed with bats penetrated through to the cells were the others were kept. Their wrists were lashed behind their back, and, with the other end of the rope looped round a beam, they were hoisted off the floor.”
(The Code of Love, p.150)

As a highly conformist society, the Japanese military virtually controlled Japan’s destiny. Their belief in a master-race convinced many of their divine right to rule and enabled them to carry out massacres without remorse. Regret was a word seldom mentioned within the transcripts of the Japanese war crime tribunals. The Japanese capacity to murder was as prevalent as their newly acquired territory. Through shootings, death marches, live burnings or burials, prisoners and civilians were regarded as little more than sport or target practice. During the 1937 occupation of Nanking, military command actively encouraged soldiers to murder, rape and pillage. Beheading competitions were commonplace.

“When the city fell in December 13, 1937, Japanese soldiers began an orgy of cruelty seldom if ever matched in world history. Tens of thousands of young men were rounded up and herded to the outer areas of the city, where they were mowed down by machine guns, used for bayonet practice, or soaked with gasoline and burned alive. For months the streets of the city were heaped with corpses and wreaked with stench of rotting human flesh. Years later experts at the International Military Tribunal of the Far East (IMTFE) estimated that more than 260,000 non-combatants died at the hands of Japanese soldiers at Nanking in late 1937 and early 1938, though some experts have placed the figure at well over 350,000.”
(The Rape of Nanking, p.4) 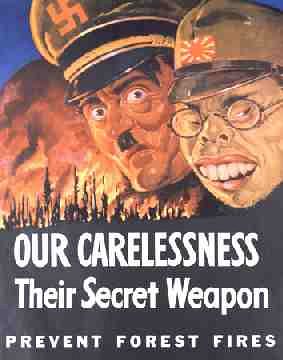 While every war is brutal, the Asia-Pacific battles were sometimes more so. Here archaic hostilities and racist attitudes ensured a theatre of war rarely seen since the days of the invading Mongols. While the Allies portrayed their Japanese rivals as inferior, yellow skinned, buck-toothed Orientals, the Japanese soldier saw colonial Europeans as something akin to a numinous fiend against which their divine emperor had declared a holy war.

Having prepared for many years for the inevitable war with China, Japanese soldiers possessed an inherent brutality that came into effect in their treatment of civilians and prisoners of war. Japanese soldiers were instructed that if captured by the enemy they would not only dishonour the army, but also their parents. Once captured, a Japanese soldier’s family regarded him as dead and his name was removed from the birth register.

“Brutality was a daily event for the Japanese soldier. He had to admit brutality against himself by his officers. This treatment he simply gave further to his subordinates or the prisoners, the last because they were inferior to him after their surrender. Surrender simply did not exist to him, because he fought to the last drop of blood.”
(The Rising Sun, p.37)

Desensitized at an early age, young boys played endless hours in imaginary wars, endured a school system modelled on a regimented environment, and were taught that their life belonged to the emperor. If the schoolboy then decided to become a soldier, the harsh military regimen invariably extinguished any enduring spirit of individualism. Military training saw many soldiers beaten by their superiors for no reason at all. Those who survived became vessels to be filled with the ideologies of their military rulers. Ideologies that left no room for compassion as the soldier’s thoughts were fractured by visions of Japan as a super-race.

“They surrender only when they have sacrifice all lives in their power excluding their owns. When they finally surrender themselves, then only to save their own lives. They have shown in all previous battles that they are totally egoistic. With this behaviour they have reached that we cannot treat them as normal prisoners. They have broken Gods law, and therefore God will punish them with defeat. However, any mercy would prolong the war. The Japanese soldier fights in a holy war, in which there is no place for think over and uncertainty. Criminals must be annihilated.”
(The Japan & Advertiser, 24 April 1942, p.3)