Where's Albo? Not on holiday with Dutto and ScoMo

The new PM's visit to war-torn Ukraine was equated with ScoMo taking off to Hawaii, while Peter Dutton continued to dominate media coverage, this week. Managing editor Michelle Pini takes a look at the latest anti-Albo campaign.

IT APPEARS that the same feeling of liberation and joy is being felt on a global scale. Images of Prime Minister Anthony Albanese and his ministers being welcomed by world leaders and conducting business in a positive and convivial atmosphere have flooded international publications and social media.

Replacing the videos and memes of President Macron revealing to the world Morrison as a liar, snaps of the PM and partner Jodie Haydon sharing a joke with President Macron and partner Brigitte Macron also tell a story of building authentic relationships, based on trust and mutual respect. This has been sadly missing in Australia’s public life for some time.

And instead of the multitude of orchestrated photo ops of ScoMo washing hair, playing the ukulele or cooking curry, all evidence shows Prime Minister Albanese working tirelessly. 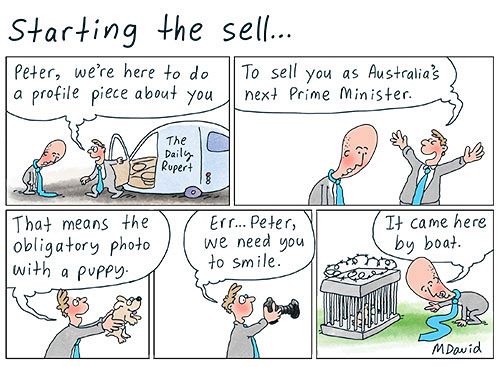 Not that you would know any of this from Australia’s establishment media. In the backwater news offices of the Coalition cheer squad, Peter Dutton, who has hobbled together an Opposition from the ramshackle remains of his party’s electoral annihilation, is portrayed as a man who possesses a “policy-driven agenda” and our possible next prime minister.

Apparently, he is ‘awaiting the next wave to the right’ — an interesting approach, given the complete swing away from it and his party’s worst election result in living memory.

Nonetheless, Dutton can still be heard, on most mainstream media, rambling on about boats and “evil people” and why we should keep babies locked up — his inane rants more reminiscent of Grampa Simpson than a credible leader.

Apart from filling their front pages, online news and TV interviews with fluff pieces on has-beens, the “Big Three”, as we like to call them, have also busied themselves with the not-so-subtle art of undermining the Labor Prime Minister and demeaning his relationship with his partner.

Meanwhile, as thousands of Australians contend with another flood catastrophe in New South Wales, does the media turn its attention to the disastrous policies of the previous government, the one in which Dutton was a senior minister who steadfastly ignored climate change and joked about it? Of course not! The media (AKA the Liberal PR Department) takes the opportunity – however idiotic – to compare Albanese’s official absence to meet with world leaders and repair the havoc caused by his predecessor, with ScoMo’s Mai Tai-sipping Hawaii jaunt during the bushfire calamity.

Interestingly, this latest attempt to throw mud on the new PM seems to have backfired, since Dutton is actually nowhere to be found — at least according to Liberal Member for McPherson Karen Andrews, who was caught attacking Albanese but unable to explain Dutton’s current absence to Hamish McDonald on ABC Radio National:

ANDREWS: Now, prime minister, you need to be in Australia and you need to demonstrate your support for the Australian people...

MACDONALD: Is Peter Dutton at work at the moment?

ANDREWS: I have not spoken to Peter this week.

MACDONALD: Is he on leave?

MACDONALD: It is a bit much criticising the PM for [official] overseas travel when your leader is on holidays.

It turns out, that Dutton’s office had sent out a media release stating he would be on holiday between 3 July and 19 July. The claim that the PM was somehow negligent was also increasingly hard to peddle after he returned from his overseas tour, which included a visit to war-torn Ukraine, and headed straight for flood-affected New South Wales. 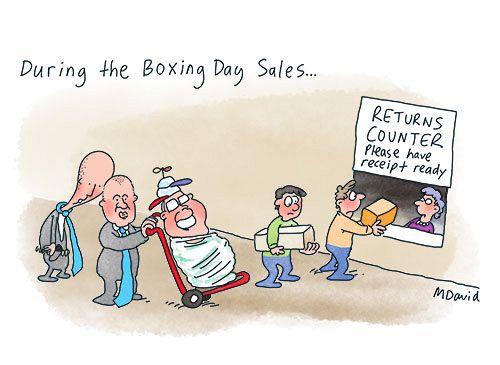 As the modern world reels from the real-life Handmaid’s Tale with the overturning of Roe v Wade in the U.S., it may be opportune to take a cursory glance at Dutton’s supposed “policy-driven agenda” on women.

Dutton apparently regards quotas as far too risqué, stating that while the lack of women in the current Liberal Party “pained him”, he would not be implementing quotas to help address the situation.

‘There are more men named Andrew than female Liberals in the Senate...'

To date, among his many regressive moves, Peter Dutton has voted against increasing the availability of abortion drugs, reproductive bodily autonomy and same-sex marriage.

Dutton initially dismissed Brittany Higgins’ Parliament House rape allegations as a “he said, she said” scenario and assisted in the cover-up by pretending not to know about it until the media storm finally hit, despite being briefed a full 16 months prior.

The Federal Court found Dutton failed to exercise reasonable care of an asylum seeker who became pregnant after being raped on Nauru.

In defence of his behaviour, Dutton claimed he “won’t tolerate any sexual abuse whatsoever” but falsely accused the victim of lying, alleging that she had made:

"...false allegations because in the end people have paid money to people smugglers and they want to come to our country.” 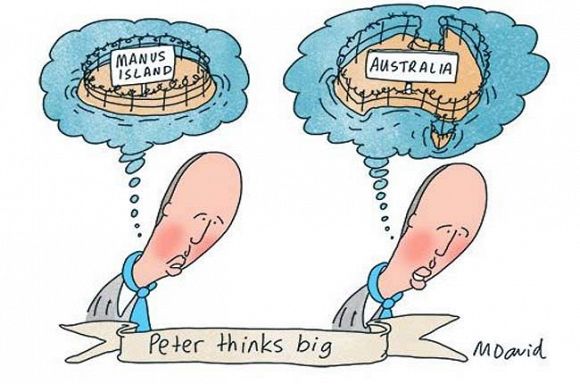 But rather than explore the blatantly misogynistic Coalition agenda when it comes to women, the legacy media were busily attempting to discredit the Prime Minister’s relationship with his partner.

The lovefest with Morrison’s wife Jenny went as far as crediting her with supernatural powers that could make Morrison ‘prime minister for life’. Jodie Haydon, on the other hand, is described as the ‘unmarried prime ministerial spouse’ of Albanese, while questioning whether she should enjoy any privileges normally reserved for married ministerial spouses.

Given IA's team was born after the Victorian era, we can't really explain it, either.

Suffice to say, there appear to be no changes in Dutton’s Kafkaesque human rights policies or attitudes to modern life. Or those of his entire Liberal Opposition. The empathy classes were clearly just another waste of taxpayer dollars. Indeed, this is the crux of the "policy-driven agenda" Dutton would take and fight to the death over if ever elected.

Thankfully, this out-of-step, if not utterly abhorrent worldview will likely also result in electoral oblivion for the Coalition for many years to come.

How the hell does Albo expect to be taken seriously? He has been to Japan, Indonesia, France, Spain, Ukraine and he didn't pack a ukulele. He never flew the plane and he didn't sweep any floors. Australians demand better!#auspol

EDITORIAL: Dictator Morrison and the ‘you made me do it’ defence

11 August 2022, 8:00am Is a Voice to Parliament really such a difficult thing or is it a simple change?
Join the conversation
comments powered by Disqus
News updates