Tom Watson coming to Australia to take on Murdoch

Outraged by the Daily Telegraph front page showing Kevin Rudd as a Nazi, British MP and strident Murdoch critic Tom Watson is coming to Australia to see if Murdoch has learned anything from the Leveson Inquiry. Rodney E. Lever reports. 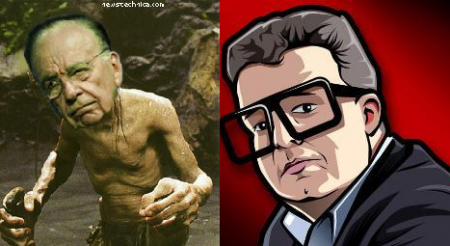 BRITISH LABOUR MP and anti-Murdoch campaigner Tom Watson is preparing to fly to Australia to talk about the conduct of Rupert Murdoch’s, the British newspaper The Guardian is reporting in its Australian on-line publication.

Watson was a member of the British parliamentary investigation last year that caused Rupert Murdoch to issue his infamous fake apology:

“This is the most humble day of my life.”

An apology was utterly negated when a secret recording of Murdoch's private remarks in a staff conference was revealed to the world.

The same newspaper that first brought the Murdoch-directed phone hacking scandal to the attention of its British readers is now alleging that Murdoch has “learned nothing” from the police investigations revealing the enormity of his transgressions in Britain. 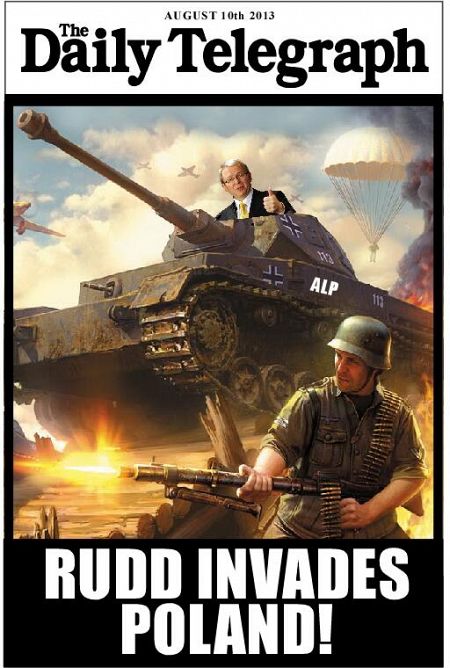 Murdoch is, in fact, using all the same techniques he used to demolish a succession of British governments in the current Australian elections — with, perhaps, the only difference being the involvement of phone tapping.

“KICK THIS MOB OUT!”

Watson says it seems Murdoch has learned nothing from the Leveson Inquiry:

“I’m coming out there to ask some serious questions about whether Rupert Murdoch has learned the lesson of the Leveson inquiry in the United Kingdom.”

“Looking at the headlines in some of his newspapers, it seems to me he has learned nothing from the scandal.”

The Guardian says Watson plans to fly to Australia in the next fortnight, arriving before the September 7 election. He has had some invitations and is seeking more opportunities to give speeches and hold community meetings. He has also tweeted that he is prepared to be interviewed by Independent Australia whilst in this country. 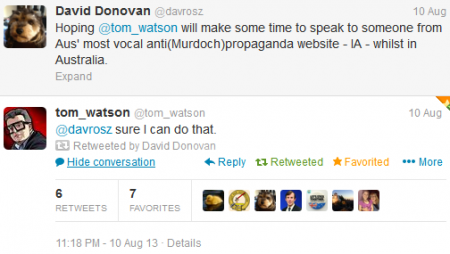 Watson says that one of the things that the Leveson Inquiry focused on was how Murdoch newspapers deliberately mixed editorial comment with news.

Watson said Australians should be calling Murdoch out over the bias:

“I thought those days were over, and Australians should be calling Murdoch out.”

He added that he would have to return to the UK by 9 September, when the trials of some former News Corp staff in the UK, including Rebekah Brooks and Andy Coulson, are due to begin. The Guardian describes Tom Watson as one of Murdoch’s most vocal critics, who was dogged in his pursuit of him through allegations that journalists at one of his newspapers, the News of the World, had illegally hacked phones to get stories.

Watson has published a book about Murdoch called Dial M For Murdoch, which is available in Australia. Watson said he would meet members of the ALP. He has not been in contact with Kevin Rudd. He said he would be happy to meet the Australian Prime Minister.

He decided earlier this week to come to Australia after tweeting that he was “tempted” to come out. Within two hours he was clearing his diary and looking into flights.

Watson tweeted to one of his followers:

‘The @dailytelegraph front page was an insult to all thinking Australians. I'm definitely coming.’

Watson’s trip planning comes as News Corp Australia chief executive Kim Williams announced his resignation, after reportedly falling out with Murdoch’s son Lachlan after a disagreement over the way the Australian newspapers were reporting on the election. Lachlan is reported as having telephoned his father in New York demanding Williams’ dismissal.

The New York Post editor, Col Allan, has come to Australia for the election campaign and will spend the next couple of months overseeing the tabloids. Williams’s resignation came within a fortnight of Allan’s arrival.

Rudd has been locked in a battle with News Corp Australia newspapers, which have been using the strategy of demolishing Labor and urging support for Tony Abbott as the next Australian prime minister, and demanding an end to the rollout of the high-speed National Broadcasting Network, a prime policy of Labor. 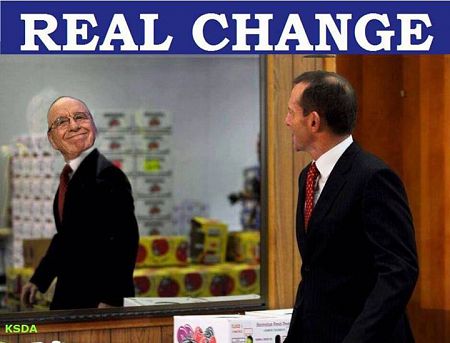