After its unwillingness to help stranded Australians in India during the pandemic, our government is still sending athletes to the Tokyo Olympics, writes Marie M'Balla-Ndi Oelgemoeller.

ON 16 OCTOBER 1968 in Mexico City, American track and field athletes Tommie Smith and John Carlos respectively won the gold and bronze medals in the Summer Olympics. The two athletes made it to the front page of newspapers across the world and few are those who are unfamiliar with the black-gloved fist both American athletes raised on the podium during the national anthem, in a protest against the Vietnam War and racial discrimination in the United States.

On the second step of the podium stood Australian sprinter Peter Norman, who showed solidarity by also wearing the Olympic Project for Human Rights badge. On this occasion, Norman got a first-hand glance of what is meant by “sports are political”.

But the idea that sports have always been and will always be political is likely to take a whole new dimension for athletes attending the Tokyo 2021 Olympics in the midst of a pandemic the world is struggling to get under control. 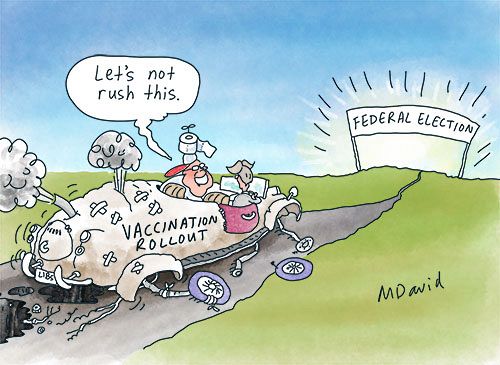 As the Tokyo 2021 Games are looming, the event may also become an opportunity to measure the degree of hypocrisy of some governments.

The Australian Government’s recent attempt to criminalise the return of their citizens travelling from India with severe fines and gaol terms to deter them from cheating the rules with indirect flights has outraged both Australians and the international community. Some have wasted no time in slamming the move as essentially racist.

The overwhelming backlash the Government has received over its announcement has led Prime Minister Scott Morrison to somewhat back down on the threats pronouncing them as “unlikely”, but refusing to lift them out.

In context though, this surely is a hard pill to swallow for the 9,000 Australians stranded in India who are just a portion of over 35,000 Australians stuck overseas and unable to re-enter their home country since the beginning of the pandemic.

It is worth remembering that just three months ago, Australia has allowed over 1,200 tennis players and support staff to cross the country's borders on chartered flights to participate in the Australian Open tournament.

Full prior knowledge of Australian quarantine requirements and an apparent sense of awareness of their privilege did not prevent some of these athletes to entertain the world with occasional whinging that certainly did not sit right with the thousands of Australians abroad feeling abandoned by their home country. 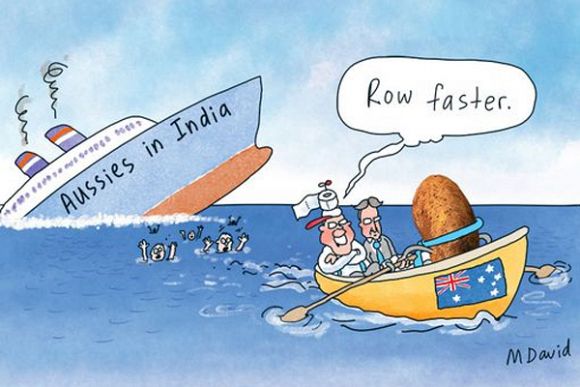 The Australian Government is making its citizens stranded overseas during the pandemic crisis feel unwelcome back to their own home.

History in the making

No debates here, sports – Olympics and Paralympics particularly – have much potential for bringing people, countries, races and the world together. In current times, the slightest chance people can get of a glimpse at a binding experience while dealing with widespread isolation and general decreasing morale is no negligible treat.

Cheering for our athletes, being witnesses to world-breaking records, exceptional determination, physical triumphs, inspiring turnarounds, surprising comebacks... “history in the making” certainly will take some minds off the stark reality the world has plunged into just a year ago. But history may be made in more than one way this time around.

There are still many uncertainties about the impact of COVID-19 on Tokyo 2021. Japan declared its third state of emergency just two weeks ago and it isn’t too far-stretched to fear that things could go remarkably wrong once over 10,000 athletes, their support staff and officials from across the globe – where variants of the virus keep emerging – land in Japan’s capital in July to participate in 339 sporting events held across 33 different spots.

The Australian Olympic Committee has made clear that athletes and officials testing positive while in Japan will be barred from returning home and will need to enter the Japanese quarantine system until they are free of the virus. Why a similar approach cannot apply to Australians in need to travel from or to India on compassionate grounds though, remains unclear.

The Australian Government has ensured that athletes and officials attending the games are given priority to vaccines. Australians from or in India though, separated from their families, denied the right to farewell loved ones, attend the birth of their child or care for vulnerable relatives have not been extended any similar privilege. Effectively, any of these citizens desperate enough to take a leap of faith has, in contrast, been threatened with harsh penalties under the Biosecurity Act 2015.

If Tokyo is struck by another state of emergency and becomes a hot spot during the games, it is unclear whether or not the Act would apply to athletes and officials.

In any case, this is not a good look for our government. On one hand, questions of double standards can easily be raised here, as the Government provides a few citizens with somewhat preferential treatment over other Australians. On the other hand, this privilege comes with no guarantee that athletes and officials may not be slammed by another snap announcement under the Biosecurity Act 2015 while in Japan, as the Act has not been lifted and because they have been requested to sign a liability waiver. Surely, questions of duty of care should be raised here, too. 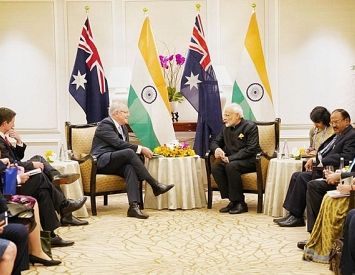 If in a general way sports have historically represented a good platform to promote social unification, societal development and even political statements, Tokyo 2021 is already becoming a real test of what our governments value most, of their capacity to show compassion – withstanding that there is a generally and commonly accepted way to do so – and of their duty of care.

Mid-April, Japanese Secretary-General of the Liberal Democratic Party Toshihiro Nikai said he was not ruling out that the games may need to be cancelled if Japan’s COVID-19 situation becomes too critical. The Japanese Government, though, seems to favour moving forward and regimes over the world also seem prepared to implement all necessary measures to allow athletes to go to Japan and compete.

Of course, for athletes, cancelling the games would not be trivial. For some, it may mean that their only and/or last chance to fulfil a life-long dream they have worked towards for many years has been taken away from them. This would also represent a financial loss for many athletes. The financial toll of cancelling the games would also deeply affect the livelihood of support staff, officials, organisers and hosts; in fact, thousands of people would experience a financial loss.

But isn’t this the reality we live in today? The U.N. Labour Organisation estimated that job losses and reduced working hours resulting from COVID-19 cost the world the equivalent of 255 million jobs in 2020. Yet, the discernible, major occupational health and safety issues Tokyo 2021 games represent are not deterring governments to implement special rules and what could be seen by some as preferential treatment to ensure that the games will take place.

It won’t be surprising that our partaking in the Olympics will raise questions about fairness, equality, or even race among Australian citizens. There should also be concerns as to how responsible the measures taken by the Government are towards athletes and officials who may end up stranded abroad and at risk of becoming subject to penalties for behaviour deemed as “criminal” when trying to get home. Or are there further provisions or support in stock for those who could end up stranded in Japan? And if so, could Australians in or from India benefit from similar support?

A lot of pressing questions need answers and from where we sit in Australia, Tokyo 2021 may be set to become a revised version of a “Game of Mates” in which privilege in Australian society will keep dominating leadership decision and policy-making.

Marie M’Balla-Ndi Oelgemoeller is a Franco-African journalist and a media scholar. She holds a PhD in International Journalism and teaches and researches journalism at James Cook University (Townsville). You can follow Marie on Twitter @Marie_MBallaNdi.

22 May 2021, 12:00pm After its unwillingness to help stranded Australians in India during the pandemic ...

29 April 2021, 12:00pm It takes real empathy for the plight of minorities and not just simple awareness to ...
Join the conversation
comments powered by Disqus
News updates