A significant step toward boosting Labor's lacklustre climate policy would be to end the logging of native forests and dump the disastrous Emissions Reduction Fund inherited from the Coalition, writes John Quiggin.

THE CLIMATE policy Labor took to the 2022 election was remarkable for its lack of ambition. On the face of it, the target of a 43% reduction in carbon dioxide emissions by 2030 was a significant shift from the 26% proposed by the Morrison Government.

In reality, however, action by state governments and civil society had already put Australia on the path to a 35% reduction. Only the resistance of culture warriors in the L-NP Government prevented Morrison from acknowledging this fact.

Labor offered only one policy innovation of any substance. This was the rewiring of the nation, aimed at providing low-cost finance for investment in electricity transmission. While a worthwhile idea, this policy addresses only a small part of the task of decarbonising the economy.

In all other respects, Labor planned to continue the policies of the previous Coalition Government while adjusting some parameters. The inadequacy of this approach has rapidly become apparent. Among the biggest disasters is the Emissions Reductions Fund (ERF), Tony Abbott’s alternative to a carbon price. 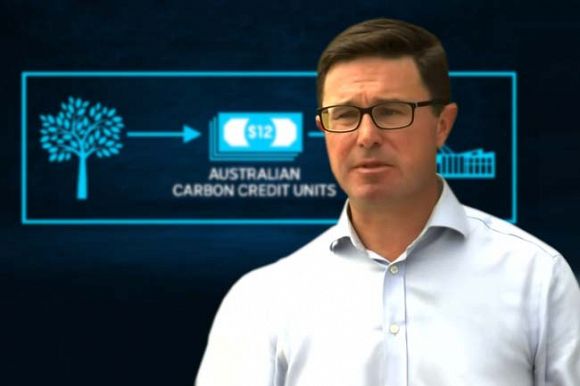 Andrew Macintosh, an ANU professor and formerly an Associate Member of the Climate Change Authority, said all major methods approved by the Federal Government to create carbon credits had serious integrity issues, either in their design or the way they are being administered.

One of the biggest problems involves:

'a method known as human-induced regeneration of a permanent even-aged native forest. This method accounts for almost 30% of the carbon credits that have been issued, roughly 30% of registered projects, and more than 50% of carbon credits contracted for sale to the federal government.'

As Macintosh and his co-authors point out, proponents are being issued credits for growing trees that were already there when the projects started. Where regrowth does occur, it would often have happened without intervention.

Fortunately, the ERF is now under review by a panel led by former Chief Scientist of Australia Emeritus Professor Ian Chubb. The panel will almost certainly recommend changes, but it will be far better to scrap the scheme altogether and start afresh.

A far more positive approach would be to end the destruction of native forests to supply pulp and paper mills. A long series of economic studies, going back to The Fight for the Forests in the early 1970s, have demonstrated that the logging of native forests is typically uneconomic even in narrow commercial terms, relying on implicit or explicit public subsidies. 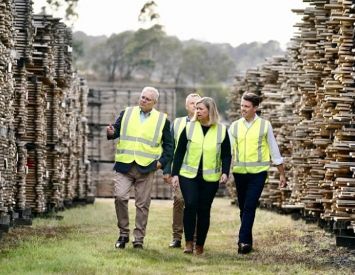 For example, in its 'Corporate Business Plan', VicForests notes that timber harvesting operations in the East Gippsland forest management Area have not been profitable for VicForests for many years. Operations currently lose up to $5.5 million per annum after the distribution of corporate overheads.

When a limited range of environmental values is taken into account, the case against logging native forests becomes even stronger. Ecosystem accounts, which quantify ecosystems and their benefits for human well-being consistent with national economic accounts, provide one approach.

A similar conclusion was reached in a study of NSW forestry undertaken by Frontier Economics. This study compared continued logging with the alternative of a mountain bike track. The finding was that the net benefits of the recreational option greatly exceeded those of logging.

The surge in support for Greens and Independents in the election showed there are large numbers of Australians wanting serious action on climate rather than a compromise between the major parties on doing little or nothing.

Labor needs to scrap or radically remodel the policies and institutions inherited from the Morrison Government. Dumping the Emissions Reduction Fund and moving to end the logging of native forests would be a major step in this direction. 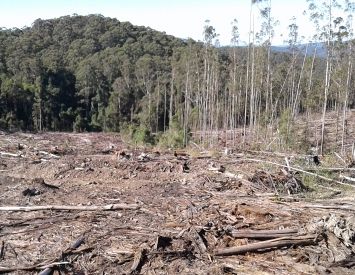