The Morrison Government will provide tax concessions to farmers and landholders receiving revenue from the production of carbon credits as a new campaign is launched questioning the integrity of Australia’s primary carbon offset scheme.

The tax concessions, worth an estimated $100 million over the next four years, are being promised just weeks after the Morrison Government announced controversial changes to the Emissions Reduction Fund that led to a significant devaluation of the offset credits.

In a pre-budget announcement, the Morrison Government said that it would allow farmers and landholders to claim revenues received through the creation of Australian Carbon Credit Units (ACCUs) as primary production income, allowing it to be included in a range of concessional tax measures.

It is understood that the tax concession is part of a deal struck between the Federal Liberal and National Parties that allowed the Coalition to adopt a net-zero emissions target for 2050 ahead of the COP26 climate talks in Glasgow. 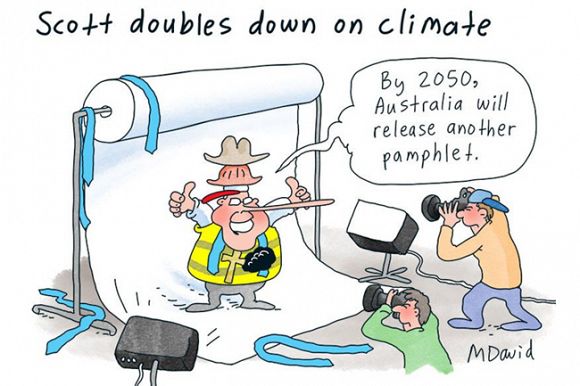 Vaccine mandate protests around the country are distracting politicians from the ongoing climate crisis that still requires urgent attention.

In a statement on Monday, Federal Agriculture Minister David Littleproud indicated the tax cuts could amount to as much as $25 million a year and be provided to those deemed ‘primary producers’:

We want to give genuine farmers more options when deciding to hold or sell their credits – whether for investment purposes or to enhance the environmental credentials of their operations – without being penalised.

This is removing barriers for farmers who want to do the right thing by their farm and the changes are expected to deliver $100 million to their bottom line over the next four years.

While the tax concessions would increase the incentive for farmers and other landholders to participate in carbon offset projects, the benefits are likely to be dwarfed by the lost income due to a recent crash in ACCU prices – a fall of around 40 per cent – triggered by the Morrison Government changing its stance on contracts signed under the Emissions Reduction Fund. 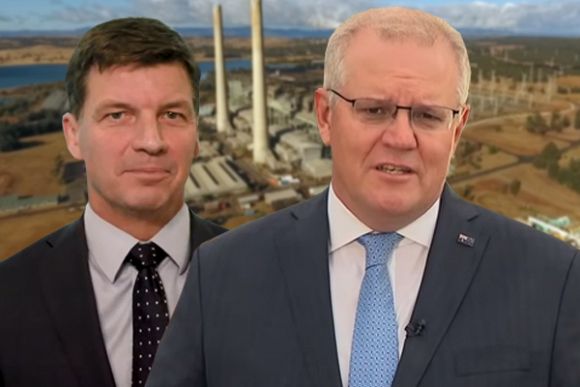 A key government climate advisory body has revealed that it has not been asked to prepare a plan for Australia to reach zero net emissions.

The announcement of the tax concessions also coincides with progressive think tank The Australia Institute launching a national advertising campaign to highlight what it describes as the ‘false solutions’ to the climate crisis, including a focus on the questionable offset methods recognised under the Emissions Reduction Fund.

The campaign, launched over the weekend, labels many of the policies being supported by the Morrison Government as being part of a ‘climate fraud’, with television commercials set to run nationally.

We are entering the great era of carbon fraud. Instead of rushing to end fossil fuels, there is going to be a gold rush for false solutions: dodgy carbon credits being used to offset pollution, dirty hydrogen and costly carbon capture and storage.

Ensuring Australia’s carbon credits system has integrity and that the rush to hydrogen is based on genuine zero-emissions hydrogen – made with renewable energy not fossil fuels – is going to be key if Australia is to meet the climate challenge. 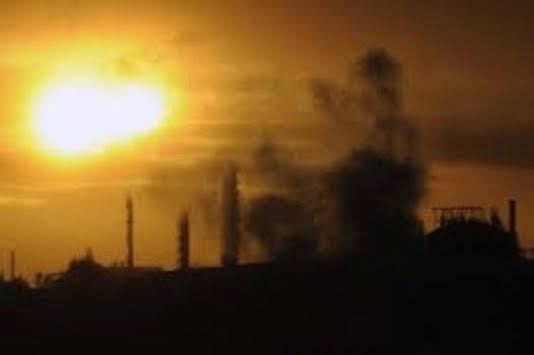 The Australia Institute has long raised concerns about the integrity of recognised offset methods, including arrangements that allow landholders to claim carbon offsets by agreeing not to clear their properties of trees.

The think tank argues that there may be little by way of “additionally” in these methods, as it may have been unlikely that many of the properties receiving carbon credits would ever have been cleared of vegetation.

This criticism extends to the Morrison Government’s support for the production of “clean hydrogen” using carbon capture and storage technologies, rather than focusing on the already viable production of hydrogen using renewable energy supplies.

“When a zero-emissions hydrogen is available right now, it boggles the mind why the Federal Government insists on supporting hydrogen made from gas and coal — a process that is more high polluting than simply burning the gas and coal directly.”