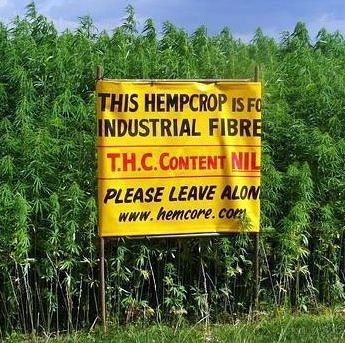 The Labor Government’s policy of pricing carbon is the cheapest way to get big polluters to reduce their pollution output. With the advent of the introduction of the $10 billion Renewable energy fund, I am hoping Labor has allowed for funding to be used to reinvigorate one of the most ancient, yet one of the most advanced, clean crop industries on the planet.

One of the most basic and fundamental factors behind climate change, and therefore carbon emissions, is the chopping down of trees worldwide. Trees absorb carbon. Therefore, our reliance on the forestry industry is adding to the demise of our planet. In order to reduce our dependence on timber – therefore leaving trees in the ground – we must embrace and accelerate the introduction of a natural fibre industry throughout Australia.

This is not about closing down the forestry industry – it is about complementing plantation timber. Both can work hand in hand — side by side, saving and creating jobs.

Announcements over the past few years about the sustainability of logging of Australian forests indicate that many forestry workers will eventually need to find alternative employment and new technologies will be needed to cope with the reduced supply of forest products.

To maintain jobs in rural and regional Australia in the short term, and to increase employment in the longer term without jeopardising native forests for future generations, a fresh approach is needed.

The development of natural fibre industries provides an option for utilising the existing workforce without the need for significant retraining. Employment and economic growth could boom with new industries based on a diversity of natural fibres.

State and Federal Government grants could be given to struggling existing mills (some of which have already closed, while others are under serious threat) to establish natural fibre processing plants. Existing mill workers could easily be retrained to use the new processing equipment. Workers could alternate between the timber plant and the natural fibre plant just as many do between dry timber processing and green sites.

There is a vast array of natural fibres that can complement those produced by the forest product industry including flax, kenaf, sisal, ramie, coir, jute and bamboo. All could provide the stimulus needed to sustain rural/regional employment and economic growth.

However, the most important natural fibre product is industrial hemp.

This is not marijuana.

Industrial hemp, although from the same family as marijuana is a different strain containing less than 0.3 per cent  THC (tetrahydrocannabinol, the active ingredient in cannabis sativa) whereas marijuana has 5-20 per cent THC. If an industrial hemp crop is grown near a marijuana plant the cross pollination will result in the dramatic reduction of marijuana THC — not the reverse. Illegal marijuana growers, therefore, will never have their plants growing anywhere near its industrial cousin — and if someone tried to smoke it, they would get violently ill!

A complete house can be built with industrial hemp, as it can be made into any building material — including fiberboard, roofing, flooring, wallboard, caulking, cement, paint, paneling, particleboard, plaster, plywood, reinforced concrete, insulation, insulation panels, spray on insulation, concrete pipes, bricks, and biodegradable plastic composites which are tougher than steel. The hardened material is resistant to rotting, rodents, insects and fire. It is many times lighter than cement and provides both thermal and sound insulation.

Hemp-foundation homes are ecologically appropriate because they are inexpensive and can be prepared on site using only a cement mixer because the material is cheap and abundant.

Hemp building material could allow us to replace the need for wood, bricks, and fiberglass insulation. The market potential for hemp in building materials for home and industry is gigantic.

Once hemp can be grown on a large, economically competitive, scale, manufacturers will see that it outperforms other natural fibres due to its length and strength.

Building and construction materials are sourced from the hemp plant's tough fibres. These include the bast fibres (or "bark"), composed of 53-74 per cent cellulose and also the interior "hurd".

Currently, there are two primary uses of Hemp in building and construction that have advanced to the point of commercial availability and economic feasibility. These are the development and utilisation of hemp fibres as composite fibre products like medium density fibreboard (MDF), and other cellulosic composites, and products made from hemp hurds mixed with lime.

Hemp mixed with lime has been used as a building material in France since the time of Charlemagne, (500 to 751 AD) but has only recently been rediscovered. Now, it's being used to make floors, walls, bricks and insulation panels.

Hemp can also be made into compressed door panel and dashboards. Carmakers, such as Ford, GM, Chrysler, Saturn, BMW, and Mercedes, are currently using hemp composite for door panels, trunks, head liners and other uses.

Some by-products of industrial hemp and other fibres – such as hempcrete, hemp ethanol, paper, fabric, oil, rope, fabric, soap, hemp grain foods, a product similar to and as strong as fibreglass and a myriad of other industries – will require the establishment of new factories. Paper can be processed by existing paper mills. Disused factories in rural towns/regional cities can be reopened with Government support to process new products, creating further employment in rural areas.

Importantly, industrial hemp does not need fertilisers — thereby explaining the aggressive and threatening multi-billion dollar opposition to the product from Monsanto, DuPont and other petrochemical companies throughout the world.

A focus on natural fibre is vastly preferable to the current trend for using petrochemical based synthetic fibres, produced and controlled by overseas-based multinational corporations.

Politicians in Australia are either bullied by, or subservient to, these powerful companies — otherwise, why wouldn’t industrial hemp (and other natural fibres) be at the top of a drive to create a 21st century clean, green, manufacturing industry around this amazing ancient product.

Even The Greens refuse to promote this industry. I put that down to Howard’s (and now Abbott’s) demonisation of The Greens and linking promotion of an industrial hemp industry to The Greens policy of legalising marijuana. That said, I would hope that The Greens would be strong enough to withstand such a deceitful argument. So far they haven’t been, or at least I haven’t seen any evidence they have.

Australia is the only country in the western world that has not approved hemp grain food for human consumption; it can only be used here for animal consumption, even though it is the highest form of plant protein on the planet. In Canada, hemp grain food products are a multibillion dollar business, providing products such as hemp protein powder, flour, toasted grain nuts for breakfast cereal and milk that is far more nutritious than soy. The approval of hemp grain food for human consumption in Australia is currently with FSANZ (Food Standards Australia/New Zealand). However, its approval went to FSANZ in 2006, but was vetoed by Howard himself at the only meeting of FSANZ Howard ever went to.

Why? Because Australia's official argument against hemp grain food is that it will undermine the national cannabis strategy, implemented by the Howard government in 2006, by sending mixed messages about the safety and use of cannabis and that police wouldn't be able to tell the difference between the low and high THC seed varieties. If people can’t be taught – and police trained – to understand the difference, then something is seriously wrong with our education – and police training – programs. This argument was again recently used against the current approval application. Australia is totally alone in this argument.

Native forests take many decades to mature and have value in the understorey and the animals and microbial life-forms contained within them, and they attract tourists, bushwalkers, field naturalists, biologists and a wide variety of others because of their diversity — they should be preserved.

Hemp fibre crops take only 90 days to reach maturity, and produce 4 times the yield of timber plantations over a 20 year period. By comparison, pine plantations used for sawlogs take a minimum of 15 to 20 years to produce very small saw logs. (For wood chips, plantations are often cut down earlier.)

And during the life of a timber plantation, very few jobs are created while the trees are growing. Even when plantations are sown and harvested, there is very little local and regional employment created, as contractors from out of town are frequently the ones used.

To provide the right conditions for new jobs and investment across Australia, alternate fibre industries should be encouraged and nurtured until these industries reach a critical mass on their own, or can combine with industries already well established — such as the processing of timber fibres and fabric manufacturing.
A whole-of-government approach is needed as this is a project that crosses several departments, including Innovation, Industry, Regional Development, Manufacturing, Environment, Agriculture, Education & Training.

At a micro-economic level, here is some background on flax and hemp fibre industries.

In 1896, fifty seven acres of flax and hemp were grown in the Buckland Valley near Myrtleford Victoria. A pre-processing mill was established in Myrtleford in what is now called Merriang Road (formerly Flax Mill Road). The fibre was then transported more than 400km from Myrtleford to Colac to make ropes. In the 1960s, the industry was discontinued when transport subsidies were removed and synthetic ropes became cheaper.

In 2012, with improvements in technology, the industry is once again viable. My colleague, Adrian Clarke from Victoria has built Australia’s first prototype processing machine for industrial hemp with a turnaround of 24 hours. Currently, it sits in a shed rusting, waiting for a Government of any persuasion to provide seed funding to further advance this industry.

Imagine the myriad of amazing clean, green manufacturing industries around Australia if only our Government would show strong, powerful leadership on this issue.

(The Asian Regional Symposium of Global Natural Fibre Forum is being held from 20 to 23 August this year in Bangalore, India.)