While the Morrison Government delivered endless scandals, the mainstream media must now adjust to a government free of controversy, writes Dr Jennifer Wilson.

SPARE A THOUGHT for the mainstream media.

It’s facing enormous challenges since Labor won the Federal Election and immediately embarked on a whole new way of doing governance that (so far) positions policy before politics. At first blush, this seems to be the opposite of the “flood the zone with shit” strategy practised by the now defunct L-NP Government led by the now defunct Prime Minister, Scott Morrison.

It’s a challenge for voters as well, reeling as we are from years of daily chaos that rapidly became our new normal as the former Government lurched from one scandal to another, as lies went unremarked and commentators, rather than contest this cavalier abandonment of truthfulness and transparency, normalised it by declaring we were in a “post-truth” world.

As George Orwell became possibly the most quoted author on social media, we the people grappled with the real-life repercussions of a government that was interested only in maintaining power, the better to profit themselves and their supporters, while almost imperceptibly eroding our institutions from the inside so that they became hollowed-out symbols of a liberal democracy that served not the people as it was intended to do, but the powerful, including much of the Fourth Estate itself. 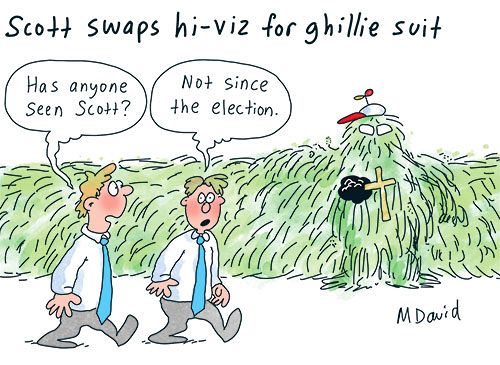 Managing editor Michelle Pini takes a look at the Liberal Party fallout following its crushing defeat, including the politically departed and the remaining former glamour set.

The high excitement of scandal and spectacle, the plethora of stories, many of which stretched credulity, the taut anticipation of what might happen next — and almost always did. There was never a shortage of material. The Morrison Government was the gift that kept on giving, a theatre of the absurd in which everything became meaningless and without purpose, and all real communication broke down.

Power for its own sake was that Government’s driver — there was no other discernable goal or objective. Of course, the media focused on the politics, you might well protest. There was nothing else!

Bad as that situation was for the country and its people, it served the media well. There was never a shortage of topics on which to hold an opinion: should a cabinet minister be held accountable for alleged historical sexual assault; is rorting a criminal offence; does the Prime Minister’s belief in an extremist religious cult have any bearing on his political decisions; where did the water go; where did the money go; how many ministers and senior public servants does it take to cover up an alleged rape in Parliament House?

We could go on all day and into tomorrow but the point is for the media, the Morrison Government really was a Pandora’s Box of wrath, gluttony, greed, envy, sloth, pride and lust, and so there was never any shortage of material.

Regrettably, much reportage wallowed rather than interrogated and many of us suffered burnout from persistent demands that we accommodate the Government’s Gish gallop strategy, because those whose task it is to speak truth to power apparently couldn’t manage to get a word in.

It was chaos and chaos can be addicting. Calm can seem boring in comparison. Coming down from over-stimulation can be a bitch. It takes time to restore equilibrium, for the adrenalin to settle, for the hyper-vigilance and hyper-arousal to subside. 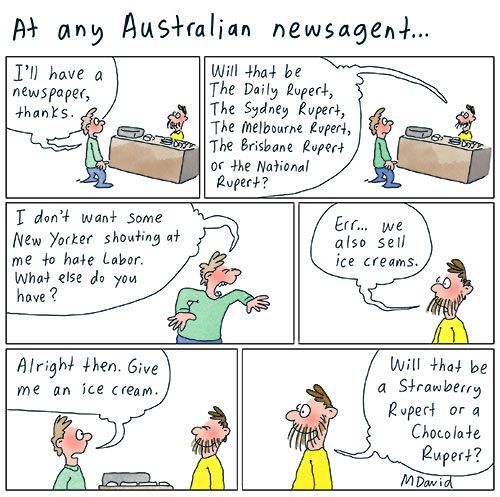 Founder and publisher David Donovan explores why this may not be the best time for a royal commission into the Murdoch media.

It takes courage to leave all that behind and find a new way of reporting politics.

It would be a reckless person indeed who decides that we’ve left all the chaos behind us. Safer to conclude we have entered a hiatus, a respite from the kind of scandals that inevitably erupt when a government’s sole goal is to protect, retain and expand its own power.

The Albanese Government has hit the ground running with policy, admittedly not a difficult task given the vacuum left by its predecessor. While credit is due, it’s also true that it isn’t hard to do better than Morrison. However, it’s also true that the Labor Government has an interest in policy never once exhibited by the L-NP unless the outcome was of benefit to its donors.

What remains to be seen is whether the new Government will be helped or hindered by the media, who faces the challenge of finding new ways to narrativise politics without (so far) the great and ongoing gifts of scandal and malfeasance made to them by the Morrison Government.

There is sometimes in the zeitgeist a sense that the hyperreal (the simulation of the real as performed in this instance by the former L-NP Government) is of more significance than the real, a notion that over the last few years has been enthusiastically embraced by much of the media.

We have become used to politicians performing government rather than actually governing. The media has played a significant role in amplifying performance as an end in itself.

The question is, can this change, as the new Government makes governing rather than performing, its focus? 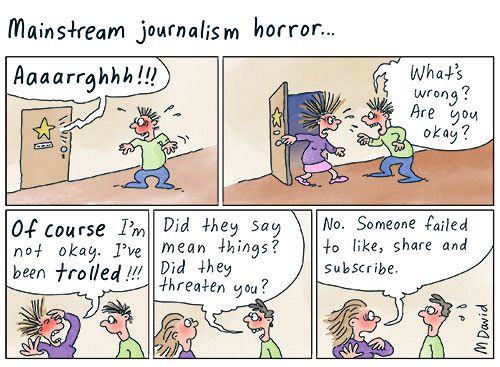