The good news for the Greens

Strong issues-based community campaigning over the next three years is likely to strengthen the Greens' appeal, especially among the young, argues Doug Evans.


Lessons for the Greens from the 2013 Federal election (Part Two) 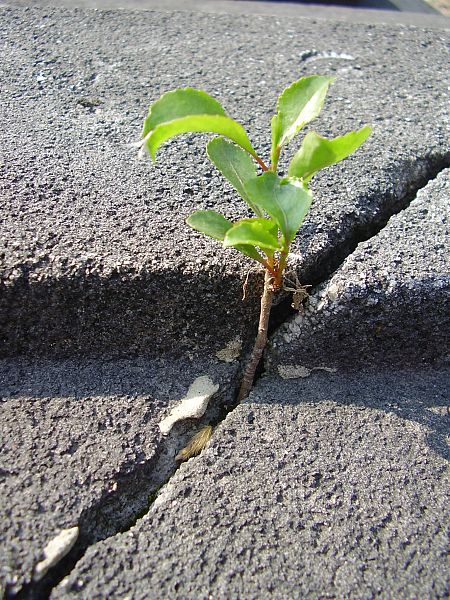 In Part One of this article, I addressed the causes and implications of the sharp decline in the Greens vote. In Part Two, I will discuss the good news coming from this election for the Party.

First, however, I want to briefly discuss the growing climate of cynical disillusion in the electorate, which impacts on the question of how the Greens should respond to this election outcome.

Increasingly, Australians are sick and tired of both major parties, whose shrinking and demoralized membership and enduring undercurrent of corrupt practices is matched by their increasing remoteness from the electorate they represent. The Australian electorate, which as Laura Tingle pointed out in her Quarterly Essay ‘Great Expectations’ is prone to confuse the role of government with that of Santa, is increasingly angry with its politicians and cynical about their motivation and intentions.

One stark indicator of their growing political indifference is the ballooning number of eligible voters who didn’t bother to vote in 2013.

The Australian Electoral Commission estimates that roughly 2.7 million Australians, or 18.5% of enrolled electors, did not vote. The voter turnout decreased by around 15% compared to 2010. This does not include the many eligible voters not enrolled to vote. Of particular interest here are the half million young Australians (25% of those between 18 and 24) who did not enrol to vote in the 2013 election.

A further indicator of voter disaffection is the record number of informal votes cast.

Around 6% of votes cast did not count. Analysis of the 2010 election suggests that about half of these are likely to have been intentionally informal — a paper two fingered salute. In total, roughly the same number of people avoided voting by one means or another in the 2013 election as voted for either the ALP or the Liberal Party. This is a sobering thought.

Now to the good news for the Greens.

Despite the fall in primary support, the Party has increased its representation in the Federal parliament. All existing Greens seats in both houses were retained and Janet Rice was elected as Victoria’s second Greens senator giving the party 10 senators in the next parliament. This will be the largest third party representation in Canberra since 1923, exceeding the representation of the Democrats at their zenith.

In particular seats, the Greens vote increased. In Melbourne, the Labor vote collapsed to 27% and the incumbent Green MP Adam Bandt had a 6.9% swing towards him, increasing his primary vote to 42.5% and giving him a 9.7% buffer over his Labor opponent. It returns him to Parliament for a second term, despite the loss of Liberal preferences, which were directed to Labor. The seat is now ‘safe’ for the Greens, making a further term likely for Bandt after 2016.

The lessons of the 2013 election for the Greens have been noted and the Party’s response is under development. An increased emphasis on community campaigning over the next term of Parliament is likely to be central to the Greens’ response to the election. The loss of the balance of power and the consequently reduced capacity to influence policy outcomes, together with the need to rebuild and extend the voter base, points towards a period of targeted community campaigning around specific issues. This is an area in which the Greens with long established links to the civil-society social and environmental protest movements have a clear advantage over the ‘old parties’. This will surely be a key element in the strategy of regaining lost ground with the voters.

Where do the opportunities lie in such a shift in strategy and what challenges does it present?

Research for the Whitlam Institute of the voting intentions for young voters (18 – 34 age group) prior to a series of Federal elections from 1998 to 2010 shows the following:


This highlights that young voters are the natural core of support for the Greens and perhaps the vehicle for expanding the vote. However, this study suggests that:


'While much is being made of the emergence of the Greens as a potential third force, this analysis, if correct, suggests that such a conclusion is premature. While the voter support for the Greens is trending up, it is substantially reliant on the youth vote — the most fluid segment of the electorate. A look at the youth vote for the Greens over the whole period reflects shifts at different points – both for and against – that are just as dramatic as those affecting the Labor Party, for example.'

The report notes the electoral importance of this group of voters:

But as the report states, young Australians:


'… are strongly values driven and their attachment is to issues rather than traditional political organisations. Young people, by extension, tend to "shop around": they will make decisions based on whose proposal or offer best fits their values on their issue of priority at a given time.'

This makes them electorally powerful but volatile. However as the material at the beginning of this piece indicates, this group is also increasingly disillusioned with the political process, with half a million of them not bothering to register to vote in this election and many more of them presumably among the roughly 3% of Australians who deliberately voted ‘informal’ at this election.

The rewards are rich for the political party that captures the attention and support of this group, particularly those currently opting out.

The conservatives, in government, are focused on the establishment of Australia Inc. for the benefit of their backers. Factions permitting Labor in opposition might finally seriously begin to address its own deep structural and spiritual malaise. With the attention of the ‘old’ parties focused elsewhere and support for both falling among young voters, neither are likely to make headway growing their support among young voters.

My money is on a strong issues-based focus on community campaigning by the Greens over the next three years strengthening their vital youth vote.