The Federal Government has revamped the citizenship test by adding a “values” section, featuring principles our own government would not pass, writes Dr Rashad Seedeen.

RECENTLY, the acting Minister for Immigration, Alan Tudge, announced the Government would make changes to the citizenship test with an additional “values test” section.

In explaining the decision, Tudge said the values test would help “potential citizens to understand and commit to our values”.

Even though this announcement has been met with little resistance, the implications are clear. The Government is once again framing migrants as people with flawed values who need to shed their backward cultural identity in order to be assimilated into the far superior Australian way of life.

If we did take the values statement on good faith based on the principles articulated by the Government’s ‘Life in Australia’ document, our own Federal Government and notably Alan Tudge himself would not pass this test. 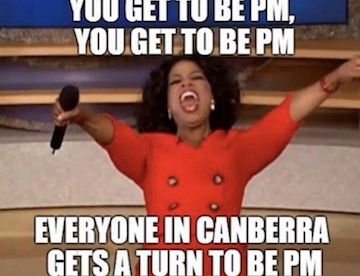 A new Prime Minister seems like a good time for a revised Australian citizenship test.

First, let’s look at the actual values statement that all applicants must sign:

I undertake to respect these values of Australian society during my stay in Australia and to obey the laws of Australia.

I understand that, if I should seek to become an Australian citizen:

Alan Tudge fails the test before we get past the first clause of the first dot-point: ‘Australian society values respect for the freedom and dignity of the individual.’

Earlier this year, Tudge intentionally kept a refugee in Yongah Hill Detention Centre, Western Australia, despite the Administrative Appeals Tribunal (AAT) granting the Hazara Afghan man a temporary protection visa and for him to be released quickly due to him being “understandably anxious to be reunited with his wife and children”. Tudge chose to keep him in detention for an additional five days while the minister appealed the decision — an action in direct violation of the Appeals Tribunal’s order.

In his judgement on Tudge’s conduct, Federal Court Judge Justice Geoffrey Flick said that Tudge had “intentionally and without lawful authority been responsible for depriving a person of his liberty” and that “the Minister has engaged in conduct which can only be described as criminal”.

The Federal Government has a history of ignoring court orders when it comes to refugee cases. In June, Justice Flick had to threaten Home Affairs Minister Peter Dutton with contempt of court, which included gaol, in order to force the Minister to make a judgement on whether to grant an Iranian refugee a protection visa.

Justice Flick was quite damning in his assessment of Dutton who was “unlawfully and repeatedly persisting in pursuing a course of decision-making contrary” to the ruling. 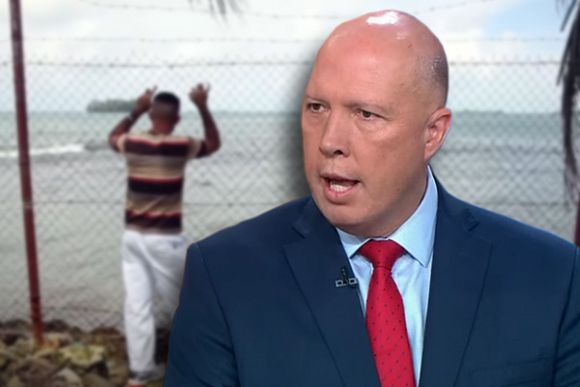 Statistics show that Peter Dutton is failing to handle immigration affairs and is tarnishing Australia's reputation as a humane sanctuary.

Tudge and Dutton’s actions as Ministers are quite on-brand for the Federal Government’s policy towards refugees and their message of cruelty to potential asylum seekers and, more importantly for them, voters. But it does also demonstrate a pattern of behaviour that disregards the rule of law and respect for freedom and human dignity.

If we go beyond the issue of immigration, we can gain further insight into the disregard the Federal Government has for democratic values.

In 2017, Ministers Greg Hunt, Michael Sukkar and Alan Tudge (again) disregarded the doctrine of separation of powers by publicly and vehemently criticising the sentencing of two would-be terrorists in Victoria.

The Ministers were required to appear before the Victorian Court of Appeal to explain their actions. A letter sent to then-Attorney General George Brandis was brutally honest in its assessment of the Ministers’ actions in that it was ‘calculated to influence the court in its decision or decisions and to interfere with the due administration of justice in this state’.

The Ministers attempted to play hardball with the court, retracting some of their statements but openly refusing to apologise until the contempt of court charges became a likely reality where they completely capitulated.

This history is demonstrative of how the Federal Government has repeatedly considered itself above the law and completely comfortable in using positions of power to circumnavigate engrained institutions of democracy in Australia.

Returning to the case of Alan Tudge, Justice Flick has quite literally said that Tudge had acted as if he was “above the law”.

Current Attorney General Christian Porter defended Tudge’s actions as the “Government undertaking its duties through the Minister as a matter of policy”.

In effect, Porter has suggested that indeed the Government is above the law on such issues and the rule of law does not apply.

Shadow Attorney General Mark Dreyfus has stated that Porter had ‘abandoned his responsibilities as the nation’s first law officer and supported the right of ministers to break the law’.

Christian Porter has abandoned any pretence of acting like an Attorney-General. Instead of defending the rule of law, Mr Porter has used his position to undermine it. pic.twitter.com/emkoSRM0wk

When it comes to other key values in the ‘Life in Australia’ document, the Federal Government is found wanting.

Porter is also the Minister for Industrial Relations where he has repeatedly attempted to push through union-busting legislation entitled the Ensuring Integrity Bill. Porter attempted to present the bill as legislation to protect workers from the bullying tactics of unions.

Ultimately, the bill was about stripping the union of power and rejecting the democratic value of the freedom of association. According to the think tank Asia and Pacific Policy Society, the Ensuring Integrity Bill would ‘unjustifiably interfere with freedom of association’ by criminalising union representatives for rather minor infringements such as late lodgement of a union’s financial records or breaching the right of entry to worksites based on safety concerns for workers. If the bill succeeded, it would also empower the Minister to deregister unions and to directly intervene into the workings of a union.

After multiple attempts to get it passed, the problematic bill was shelved in May.

Prime Minister Scott Morrison is quite selective with the value of freedom of association.

Last year, the climate emergency protests led by students from across the globe received much criticism from Morrison where he described protesters as a “new breed of radical activism” and that the Government was “working to identify serious mechanisms that can successfully outlaw these indulgent and selfish practices”.

His view of activists was quite different when it came to anti-lockdown protests against state governments in May, when he said:

“It’s a free country. People will make their protests and their voices heard.”

It would appear that the Prime Minister only defends democratic values when it is politically advantageous to do so.

Climate emergency activists directly targeted Morrison’s ongoing loyalty to the fossil fuel industry and during the devastating bushfires of last summer, his pro-carbon policies and complete absence of leadership was widely criticised. 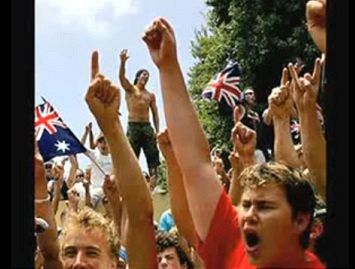 We should be encouraging permanent residents to commit to Australia, not finding more ways to exclude them.

Conversely, despite the anti-lockdown protests being led by a misinformation campaign of conspiracy theorists, Morrison was supportive of the movement as it contributed to the pressure he was placing on State Premiers to loosen restrictions for the sake of the economy.

These are only the most obvious historical examples of the Federal Government disregarding democratic values.

We could explore more contentious issues like the absence of a “fair go” when we consider corporate welfare in comparison to actual welfare in relation to reducing JobSeeker and the social devastation of Robodebt.

Religious freedom and cultural diversity are not respected by this Government when you look at their treatment of Muslims and, more recently, in their anti-Chinese sentiment.

If we focus purely on corrupt and negligent practices, we could look at the sports rorts scandal or the extra $27 million paid for the Western Sydney Airport land deal to a Liberal Party donor. There is also the $17.5 million awarded to Foxtel without tender, or between 2016–2017 when then Human Services Minister Alan Tudge (yet again) was informed on 76 occasions by a tribunal that Robodebts were not legally enforceable.

But I do think the point is proven.

Values can’t be demonstrated in five multiple-choice questions. Values are repeatedly validated in moments that demand a moral compass.

When it comes to the Federal Government they have repeatedly proven to be bereft of such values.