THE RACE IS ON!

The election race, that is.

The Prime Minister visited Kirribili on Sunday morning — a leisurely drive pointlessly watched by David Speers’ little coterie of Insiders, live on ABC. A double travesty, because it meant IA fans were denied watching our own Mark David’s cartoon appear on the only segment of that show worth getting out of bed for at that time — Talking Pictures.

Due to the Prime Minister's election call this morning, this is your first look at this week's Talking Pictures with @cathywilcox1 #Insiders #auspol pic.twitter.com/IPUMxMhSNL

The Election has been called. Campaigning has begun. The phony war is over. The race is on. (It is also the age of annoyingly redundant analogies.)

Because a horse race is simple. So easy to report. Who is winning? Who is losing? Who has fallen down? Or off? Forget the boring stuff – you know, policy and all that other yawny, wonkish stuff – just breathlessly relate who you see is in front and why the other horse will probably lose... should lose... will lose... must lose. Really must. For all our sakes. Trust us!

Because to add to the spectacle, the journalists don’t just commentate on the horse race, they get to take the whips to the horses themselves. To the ones they haven’t backed. Those from other stables.

Some reporters even seem to ride their favourite nellies all the way. More jockeys than journos, really. 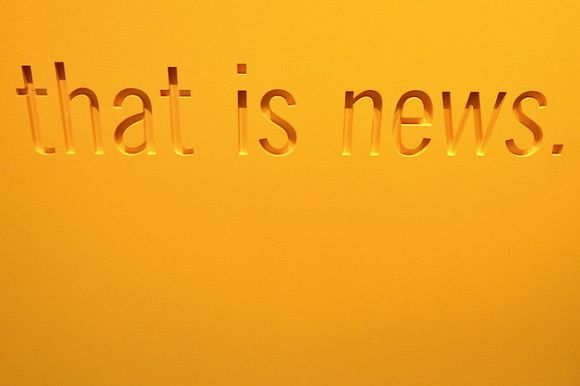 Sharing "good" journalism and good information – particularly on Twitter and Facebook – will shift more hearts and minds at election time than yelling at people.

Well, yesterday, on Day One of the Election Carnival, most of the expert tipsters in the media box enthusiastically agreed with each other that the horse called “Albanese” was very much an outside bet. Not something Aussie punters should back in for 21 May.

It all started in the morning, when The Australian, which is owned by an important American racing interest, published a story in its daily newsletter saying Albanese, or “Albo” as regular track-goers often call him, was untried at this distance. ‘Inexperienced’ was the word they used.

And despite virtually no one in Australia ever reading or paying any attention to this queer little gossipy rag whatsoever, it was enough to capture the attention of the “meejah” — and they were off.

Fran Kelly, for instance – someone long-suffering listeners of ABC Radio Breakfast may have thought they had heard the last of recently – was adamant on the ABC that Albo was untested. He had never held a finance portfolio, Fran warned. Nobody “knows” Albo, Fran insisted.

The race was presumably too frenzied for Fran to mention that Albo had been in Parliament for 26 years. Had been infrastructure minister, leader of the house and deputy prime minister. Indeed, had been acting Prime Minister not long after the then unelected Scott Morrison succeeded in beating down and stealing from Michael Towke his valid preselection in the seat of Cook in 2007. 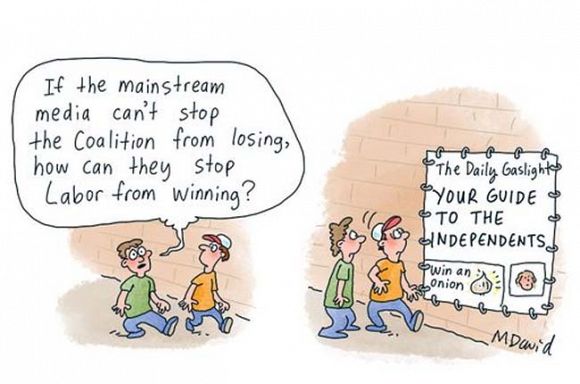 There are better and wiser options than voting for either of the two major parties in the coming Election.

But who has time for details when the dust is swirling, the finish line beckons and the gleaming prize glints brightly in the background?

Then Albo stumbled. He was unable to immediately recite the unemployment rate and the Reserve Bank cash rate. True, the other day, Scott Morrison was similarly vacant about the cost of milk and a loaf of bread, something arguably of more concern to most Australians, but this was seen as much, much worse according to those in the know.

According to new ABC Breakfast host Patricia Karvelas (formerly from Murdoch’s The Australian), this signified a ‘baptism of fore [sic]’ for Albanese.

Equally as misspelt, but even more portentous, was the ABC’s David Lipson (formerly with The Australian’s stablemate Sky News) who wrote:

‘If Morrison pulls of [sic] a second “miracle” and wins — this will be seen as the moment it turned.’

The campaign race is not a sprint, it is six weeks long. The meejah jockeys will be hoping their horse is a stayer. Or they can make the other one fall.

And they’re “of” and racing!

If Morrison pulls of a 2nd 'miracle' and wins - this will be seen as the moment it turned https://t.co/M7soiisMyf