The economic triumph of the Afghanistan war

As America winds down its longest and most successful war, it’s worth taking a moment to celebrate just how much of a triumph virtually every aspect of the Afghan conflict has been.

Many long wars experience ups and downs, and a thousand years of history suggested America might fail in its mission, but only President Joe Biden’s misguided decision to end hostilities blots this otherwise faultless copybook.

First, naturally, let’s look at the profits. Pretty much everyone has made an unparalleled bundle. Contractors, logistics operators, resource corporations, drug dealers, mercenaries — those two trillion dollars didn’t just spend themselves. Shareholders in America’s five leading defence contractors (Boeing, Raytheon, Lockheed Martin, Northrop Grumman and General Dynamics) have seen their investments increase over 1,000% since 9/11. Defence stocks have beaten the overall stock market by 58% during the war in Afghanistan. It’s been a bonanza.

Any good war needs new weaponry. Back in ’91, Raytheon made a fortune as million-dollar Patriot missiles shot down Saddam’s Scuds (please be polite and don’t mention how we found out later they don’t actually work).

This time around, we’ve had the drone. With 9/11 as the initial justification, first Afghans then Pakistanis, Yemenis and others learned to fear the skies as General Atomics’ shiny MQ-1 Predator or MQ-9 Reaper drones – a bargain at just shy of U.S.$20 million (AU$27.9 million) each – rained missiles down on any male deemed of fighting age and the occasional wedding party. 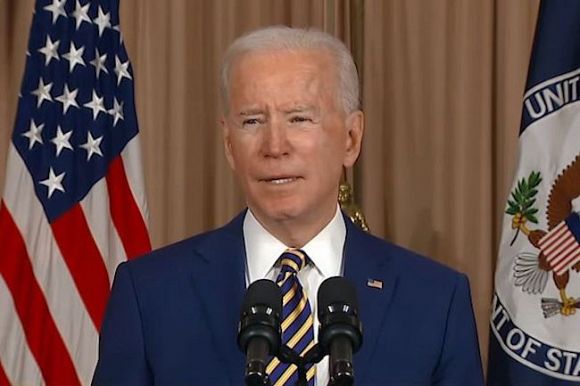 Today, over three dozen countries have armed drones and America is the world’s biggest manufacturer and seller of drones, a multi-billion dollar industry. Damnedest thing, but when you shoot off a Hellfire missile, it doesn’t really matter what happens next, except you know for sure that America will need another one and they’re U.S.$150,000 (AU$210,231) each. A nice little earner.

Politically, the war in Afghanistan has provided a generation of barely calculable benefits. George W Bush gained the highest domestic approval rating in history as he swung America’s war machine into action after 9/11 and won a second term in 2004 specifically on the back of his self-appointed “war president” machismo. Barack Obama campaigned on a promise to end America’s forever wars, then wisely turned his back on these commitments when in office and sent a ‘surge’ of tens of thousands more troops to Afghanistan.

Bush and Obama achieved the rare distinction of being rewarded with two terms in office while waging a land war in Asia. Now that is success.

The war in Afghanistan was initially justified by suggesting it was in response to a group of mostly Saudis flying planes into buildings in New York. This position got the American public across the line initially but needed to be refined as the months turned into years, so at various points we went with “nation building”, protecting Afghan women, regional security and – my personal favourite – seeing out the mission. What little democracy that was established has crumbled to dust, and 2019’s fig-leaf of an election will be Afghanistan’s last for a while.

Changing the justification for a war is easy and there was little discernible public reaction when the search for Osama bin Laden was quickly discarded. George W Bush felt confident enough to say “I really just don’t spend that much time on him” only six months after 9/11 and when they finally found bin Laden, he wasn’t in Afghanistan at all but living in a walled compound in Abbottabad, Pakistan’s military capital. Bin Laden’s death is barely a footnote; the war lasted longer after his death than before it. 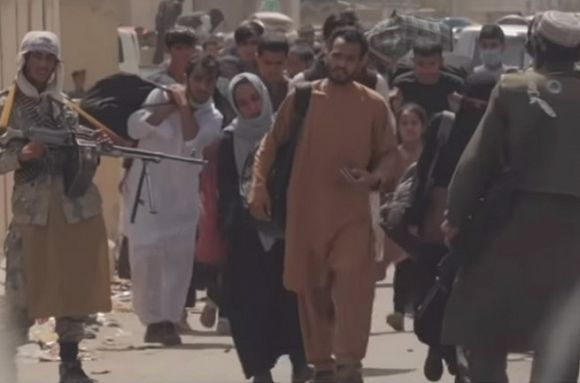 Like all great deals, the war in Afghanistan became self-funding. American aid propped up the Government of Pakistan, the country whose madrasas and wild mountain areas provide so many of the jihadis whose actions, in turn, have helped justify America’s war expenditure. Pakistan takes America’s money and its military and intelligence organisations provide financial, political, logistical and military support for the Taliban. Prosecuting this circular geopolitical logic meant 80-90% of American investment in Afghanistan found its way back to the U.S. economy. Money in, money out. Everybody wins.

It’s also worth remembering that from 1994 to 1998, the U.S. offered tacit support to the Taliban (a group whose origin goes back to the CIA’s funding of mujahideen opposition to Russia’s ten-year Afghan occupation). When 9/11 made that support untenable and America invaded, the Taliban quickly collapsed and al-Qaeda’s fighters fled. America could conceivably have ceased hostilities before Christmas 2001. Instead, they stayed two decades.

Now, despite billions spent training 300,000 national security forces, the entire nation has again fallen to the Taliban within weeks and with barely a shot fired. No matter — if the Taliban can keep their atrocities off the West’s newspaper pages, interest will dwindle and there’s every chance of a swift détente, allowing foreign investors and profiteers back in short order.

Australia’s benefit has proved more nebulous. The 41 Australian combat deaths are overshadowed by around 500 PTSD-plagued veteran suicides and despite around $10 billion spent mostly in Uruzgan, the province fell to the Taliban with virtually no resistance whatsoever. Still, we kept ourselves in America’s good books and we’ll be sure to join them on their next foreign adventure.

Sadly, there are fools in our society who focus on paltry, meaningless matters like the 3,500 coalition combat deaths, tens of thousands of Afghan civilian deaths, the proliferation of drones, the corruption, the heroin on Western streets, the wasted money and the final, ghastly and unopposed return of the Taliban. These people miss the point entirely. The blood spilt has no value to the war machine, save for its utility in justifying more expenditure.

America has been at war every day since 9/11. These days, there are American troops deployed in around 800 military bases on every continent. The U.S. Defence budget is over $700 billion per year – dwarfing any other nation on Earth.

The U.S. military is also one of the planet’s largest emitters of greenhouse gases. This isn’t money wasted — every bullet shot and every drop of oil burned is profit. Afghanistan is one of the most successful wars ever waged. Let us pray that an excuse can soon be found for the next one. After all, China and Russia must be regarding the vacated playing field with envious eyes.