The battle for Queensland, coming to a head at the State Election set for 31 October, is a national event due to the state’s “promotion” in terms of size and political importance.

It is also a test for how to handle the pandemic.

Elections in the Northern Territory (22 August) and the Australian Capital Territory (17 October) were seen as possible indicators of whether governments could do well through competent management of the pandemic — at least until impacts of the recession kick in hard among the public.

Both had Labor governments which were re-elected: the NT after following a balanced policy assisted by its small population and big land area, aggressive control measures and judicious opening of borders; the A.C.T. after getting the incidence of the disease down to zero, despite being surrounded by New South Wales, a state battling with clusters and outbreaks of COVID-19.

Local issues in those territories had some influence, and the “real” test for an incumbent government and its handling of the pandemic has been reserved for the contest in Queensland. 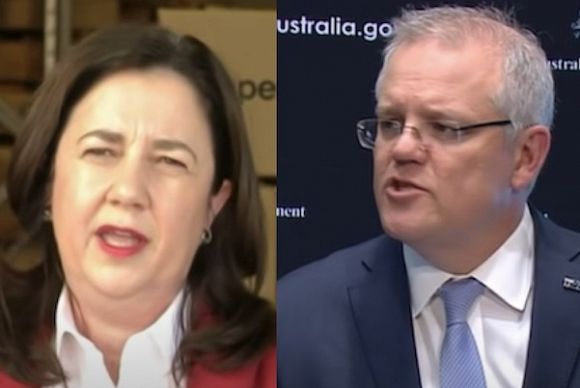 There is no doubt that the PM saw a political opportunity in the case of Caisip but this does not excuse blaming the victim.

Prime Minister Scott Morrison “gave up” four days at the office to campaign there, skipping a working meeting of the National Cabinet. The claim was that he extended because his plane broke down and they did not know how to run an encrypted session except from Canberra — no surprise from the crowd who tried to run the NBN on copper cables.

A politician always inclined to marketing, propaganda and campaigns, much more than duty of office or the hard-work business of government, Morrison’s focusing on Queensland came down to two factors:

Numbers are the key to it. New South Wales has 8.2 million people, Victoria 6.7 million, then Queensland 5.2 million with a gap before Western Australia's 2.7 million and South Australia at 1.75 million — as a point of measurement, containing only one-third of Queensland’s 30 seats in the House of Representatives.

Through population growth, Queensland, which had between 12-16% of national seats from Federation up to the start of this century, now has 20% of the seats — and they are overwhelmingly conservative-held (22 out of 30). Winning in Queensland at any level is important to the Liberals and National Party, as they would hope to turn the state into a strong fortress and keep a big reserve of federal seats — hard for Labor to cut into and win in Canberra.

The demographic trick that helps conservative interests in Queensland is its economic configuration, with a vast area living off agriculture and mining and a relatively small metropolis, so bush politicking is powerful. Greater Brisbane has expanded but still only houses 48% of the state population, against Sydney which has 57.5% in NSW and Melbourne with 60% of Victorians. Regional areas generally favour Right-wing parties more than Left-wing, so Labor’s 57% following in Brisbane does not go far enough to ever keep it out of danger statewide. 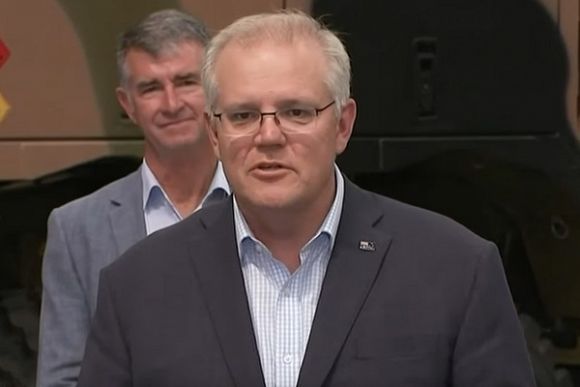 Early indications are that Labor may survive in 2020, one poll giving it a 52-48% lead with an ordered proposal that it has been putting to the public.

Firstly, Premier Annastacia Palaszczuk, popular especially for her active moves controlling COVID-19, is centre-stage in the party’s election campaign. Despite cat-calling on all sides in the southern states, Queensland’s border lock-out policy is credited with containing the virus so that day-to-day life there is fairly normal. That has much approval among the Queensland voting public; even demands for “opening up” business and “let ‘er rip” from the tourism industry have been short of insistent.

One loud-and-clear vote for such a focus on protection instead of open-for-business came on the weekend (17 October) with the victory of Jacinda Ardern in New Zealand. The Labour Prime Minister’s landslide re-election recognised her leadership both after the Christchurch terrorist attack, her hard-line, health-first stand on the virus and aggressive economic recovery plan.

Secondly, plans have been laid out for an economic recovery program across different industries and including infrastructure works. Some major mining projects have been approved, blunting a strong anti-environmentalism putsch on the Right wing. The Government says that in the era of coronavirus and low-interest rates, it expects to be borrowing substantially for some time.

Finally, they keep bringing up the last Liberal National Party Government under Campbell Newman (2012-15), which was a disastrous rush to turn the state over to radical neoliberalism. Despising people who earn their living through public employment, that government trashed over 14,000 public service jobs, then got voted out of office.

The Liberal National Party Opposition this time has a personable leader. From its Nationals side, Deb Frecklington presents as a nice girl who grew up on a farm and after boarding school, found herself plonked into a seat in State Parliament — where she shows no taste for conflict. This is no iron lady on the radical Right.

The Deputy Leader from the Liberal side, Tim Mander, a former Rugby League referee who is said to have found religion, has got up a following doing the church rounds in his Brisbane suburban seat. Now and then, he ducks around the blindside to make trouble, for example, with News Corp media, getting up a subliminal race campaign about black youth crime in three marginal electorates in Townsville.

The LNP has put up a program for spending on projects for the economy and on direct personal benefits to voters, like $300 off every car registration in the coming year. 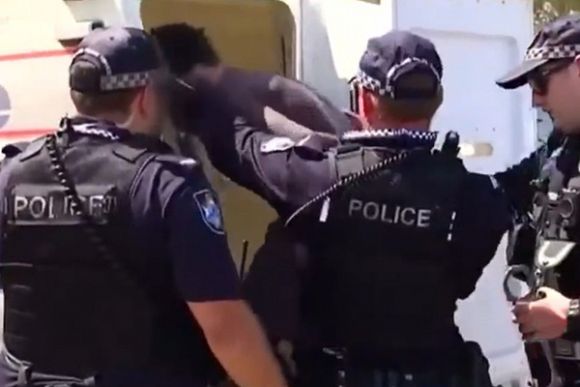 In Townsville, there seem to be combined efforts on different fronts to make an election issue out of juvenile crime involving young Aborigines.

This is in the vein of magic economics where taxes will be cut and debt and deficits will only go on for a small number of years. There are murmured denials of large-scale privatisations or sacking thousands of public servants again. (Labor is circularising Norman Lindsay’s ‘Magic Pudding’ as the Opposition “plan”.)

Some of the party’s fringe elements – boys replaying narrow-minded attitudes of country towns they grew up in decades ago – are running red hot, in sympathetic media, campaigning for a coal-fired power station and against “green tape”.

The pitch is that workers, demographically, have all turned into blokes in high-vis clobber getting $250,000 a year and everybody can do as well if the “greenies” will let them.

The LNP itself has agreed to letting this tail wag the party dog. It has refrained from putting the Greens last on its ballot papers, reserving that honour for Labor as a tactical move. But it has endorsed ideas like the Bradfield Scheme, a dusted-off scheme for a mega-dam to tip water onto the west side of the Dividing Range — an idea opposed by most water engineers since the 1930s because of the evaporation problem alone.

As always in a contest for state government, dreams and schemes will evaporate for some, on one side of the other. Will poor Queensland, dicing with the coronavirus and debt, be spared a nightmare?