THE CAMPGROUND in which I’m staying on the north coast of NSW is some five kilometres from the Queensland border. Just across the Tweed River, Prime Minister Scott Morrison spent his weekend ostensibly campaigning with state opposition leader Deb Frecklington, but in reality promoting his government’s Budget, which is drawing criticism because of its neglect of women’s concerns.

The Queensland State Election is on 31 October. South-east Queensland has been hit hard by border closures due to COVID-19, with businesses dependent on interstate and international tourism struggling to survive. What is Morrison’s primary message to voters, apart from urging the opening of the border? Give Deb the Premier’s gig and you can be certain that Queensland will have the Federal Government's full attention. Queensland will be “joined at the hip” with the Morrison Government and all good things will result from that enjoinment.

The obvious implication is that similar prime ministerial concentration will not be offered to a returned Labor Government. So much for the quaint notion that a federal government governs for everyone regardless of political persuasion, though we should all have been roundly disabused of that notion since the ongoing sports rorts scandal erupted in 2018. 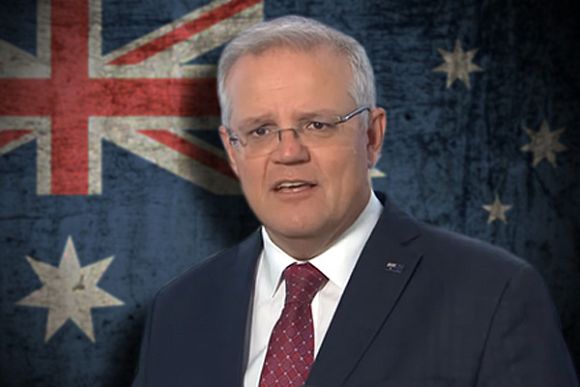 The Australian Government has fallen into one that encourages divisiveness among its citizens rather than promoting unity.

Taking his lead from U.S. President Donald Trump, who infamously denied ventilators to Democrat states unless their governors were “nice to him”, Morrison is making no attempt to disguise his efforts to blackmail Queensland voters into electing an LNP government, with assurances that he too will be “nice” to them if they achieve that result for him.

Morrison’s unsubtle cajoling has of necessity replaced the more overt pork barrelling we saw prior to the last Federal Election, as even the LNP recognises the backlash embedded in promising lavish funding during an election campaign in the immediate wake of that as yet unresolved sports rorts scandal. Indeed, Morrison has been chary of making any financial commitments, offering instead assurances of unspecified intimacy between the LNP state and federal families.

Meanwhile, close by to our idyllic beachfront campsite are the permanent homes of two women, both apparently in their 60s. One dwelling is a small campervan, the other a deteriorating caravan. The women emerge infrequently and decline eye contact. The campervan owner spends much of her day unpacking and repacking her few possessions. These women are two of the growing number of older, dispossessed women in Australia.

I have no idea of their individual stories and they are unlikely to tell me, however, we do know that older women are disproportionately disadvantaged by inadequate superannuation, disinterested prospective employers, domestic violence and family breakdowns.

Women have also been disproportionately affected by the COVID-19 pandemic, losing jobs at twice the rate of men and facing far more dire long-term prospects as the Federal Government focuses on bolstering recovery programs for male-dominated industries. According to one study, women are bearing the physical, economic and emotional load during the pandemic and yet have been largely ignored in the Federal Budget. 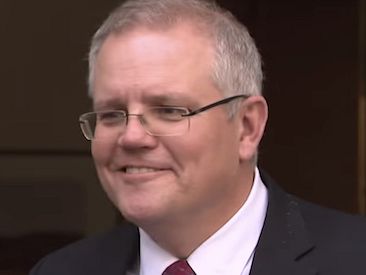 The Morrison Government, misogyny and the tampon tax trick

The misogynist Morrison Government has used the removal of the tampon tax to paint itself as a champion of women.

It should come as no surprise to anyone that the LNP Government is disinterested in the fate of women. If you haven’t noticed their collective misogyny, you haven’t been watching. This 2019 summary by the BBC gives an insight into Australian male political contempt for women in their own ranks. Extrapolate that to women in general and it isn’t difficult to see why we are so shamefully disregarded in the latest budget.

Obviously, the LNP did not need Scott Morrison to introduce them to misogyny, however, the presence of a Pentecostal leader inevitably reinforces those existing prejudices. Morrison’s religion endorses male dominance and female submission.

In the Prime Minister’s faith:

It is evident that women and men do not occupy the same status and Pentecostal churches remain patriarchal. Literature referred to above indicates that many Pentecostal churches are not only patriarchal, but they are resistant to gender transformation as well. Their theology propagates gender injustice and inequality by reinforcing male supremacy. The leadership model employed by Pentecostal churches has also been described as authoritarian and hierarchical, promoting male authority and hierarchical relationships with women and children at the bottom. The hierarchical relationships are promoted not only within the church context, but are promoted and encouraged within the family as well.

Morrison’s religion also links financial success and physical wellbeing to God's blessing. This is another reason to disregard women, many of whom do not, in our own right, achieve financial security and success in the same numbers as do men. Given the societal structures ranged against us such as inadequate childcare, time taken out from careers for childbirth and nurturing, lower rates of pay, sexual harassment in the workplace and gender inequality, it should not surprise anyone that a lifetime of subservience to and subjugation by patriarchal capitalism takes its inevitable financial and emotional toll.

Structural issues are ignored by both misogynists and proponents of prosperity theology. Instead, neoliberal and religious ideology determines government policy. Both influences blame the victim and see no need to deconstruct systems that work for them while causing others, particularly women and children, extreme disadvantage. 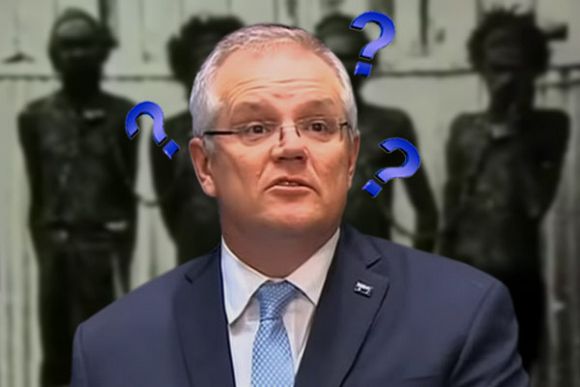 Wren's Week: Scott Morrison needs to own up to his mistakes

The religious component is frequently overlooked by mainstream political commentators, ostensibly out of respect for religious privacy but perhaps more honestly because the majority of journalists simply do not want to go there. However, Morrison invited the media into his church to film him at prayer during the election campaign and he can’t have it both ways.

Meanwhile, back in our campground, the woman in the campervan is unpacking her meagre belongings again this morning. The Prime Minister is still across the border, tempting Queenslanders with promises of largesse if they elect the LNP. The mainstream media continues to steadfastly ignore the influence of the Prime Minister’s religion on government policy.

Even the most casual observer might well conclude that the situation of women is going backwards in this country. One thing is certain — the plight of women in Queensland or anywhere else is not uppermost in the campaigning prime ministerial mind as he careens through Queensland riding in tanks like Kim Jong-un and opening steel factories, neither of which are particularly orientated to female employment.