THE FEDERAL BUDGET brought down by Treasurer Jim Chalmers last week has been universally described as ‘steady as she goes’. In the period of favourable coverage that is typically guaranteed by the “lockup”, in which journalists are exposed to the Government’s preferred spin, this phrase was generally used positively. But, with time for reflection, some troubling questions arise.

First, given that Labor has just taken office, “steady as she goes” implies maintaining the course set by the previous Government. For the millions of Australians who voted for a change, this is hardly encouraging.

More fundamentally, if the Labor Government is merely tweaking the policy settings of the previous Government, why bother having a second budget for 2022-23? The information on Australia’s economic situation provided in the Budget is undoubtedly important but could have been provided in the Mid-Year Economic and Fiscal Outlook statement, which was due in any case.

A closer look at the Budget heightens these concerns. In the leadup to the Budget, there were multiple announcements of the Government’s plans to increase parental leave from 20 to 26 weeks. But this measure does not even begin to take effect until July 2024. The necessary legislation could have been left until next year’s Budget, or even the one after that. 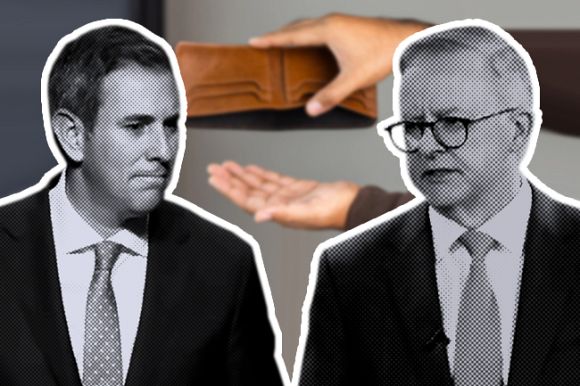 Prime Minister Albanese seems to have forgotten his promise for an equal Australia and failed to offer relief to the poor in the Federal Budget.

The same applies to another of the headline announcements — the plan to build one million new homes by the end of the decade. Leaving aside the fact that the Federal Government is only planning to support a hundredth of this number (10,000 homes), this policy, like the parental leave measure, is not due to start until mid-2024.

Some items have a more immediate effect, including a reduction in PBS copayments and improved payments for childcare. But these are only marginal variations on measures already announced in the March Budget, by then Treasurer Josh Frydenberg. Frydenberg proposed a $10 cut in PBS copayments, while Labor offered $12.50. It’s hard to see that such a minuscule adjustment required the theatre of a budget.

The marginal changes announced in the Budget conceal something far more important: the failure to change measures legislated by the L-NP, but which had not taken effect when they were booted out of office.

Three of these are of particular concern: the end of the Low and Middle Income Earners Tax Offset, the expiry of the hospital cost-sharing agreement and, biggest of all, Stage 3 of the Morrison tax cuts.

The Low and Middle Income Tax Offset was part of the trickery with which Morrison, as Treasurer, packaged his tax cuts for high-income earners. Because it was presented as an offset, rather than a reduction in rates, Morrison could schedule it to expire and hope that no one would notice. 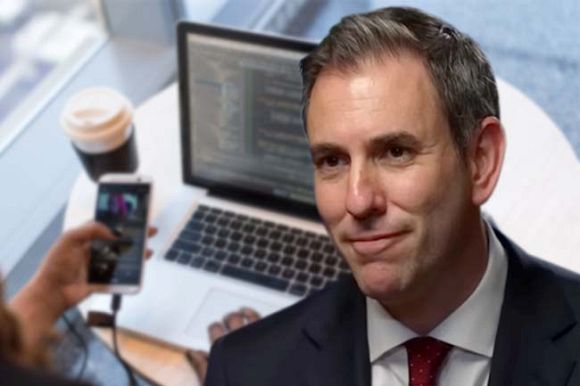 But when the time came, Morrison, now PM, decided it was too hard to raise taxes on ordinary Australians while benefiting those on higher incomes. Sadly, Labor has had no compunction about this and there will be no offset this financial year.

The same is true of the arrangement to share the increased costs of running public hospitals as a result of the COVID pandemic, which is by no means over. Josh Frydenberg provided enough additional funding to keep this agreement going until December. Despite pleas from the states, Labor will let the funding expire on schedule.

Finally and worst of all, the Stage 3 tax cuts. With costs in excess of $20 billion each year from 2024 onwards, these cuts, directed almost exclusively at those with incomes over $120,000 a year, dwarf everything else in the budget. They cost around 200 times as much as Labor’s signature promise on parental leave and account for most of the projected increase in government debt.

In the leadup to the Budget, the Government encouraged discussion of the Stage 3 tax cuts. A strong view emerged that the (very limited) cuts for middle incomes should be maintained, but that the cuts for high-income earners were unjustified. Just as this consensus seemed to be solidifying, it was crushed by a clear commitment from PM Albanese that the cuts would go ahead as planned.

As far as revenue and expenditure policy goes, Labor’s commitment before the Election was to maintain the policies of the L-NP in all important respects. The Budget charade we have just seen implements that commitment.

Steady as she goes, indeed.

John Quiggin is Professor of Economics at the University of Queensland. His latest book, Economics in Two Lessons: Why Markets Work So Well, and Why They Can Fail So Badly, is out now from Princeton University Press. You can follow John on Twitter& @JohnQuiggin.