Senator James Paterson is having a 13th birthday party and Rocky Dabscheck has been invited!

I have great pleasure in inviting you to my 13th birthday party.

I am not Jewish, which means it is just a run of the mill, garden variety 13th birthday, rather than a big bash Barmitzvah. Your presents don’t have to be over the top.

In regard to presents, rather than buying me something, please donate the money you would have spent on my gift, to the Federal Government, to help them lower our crippling national debt.

Please don’t get the impression my birthday party isn’t important to me. It is! I really need you to come.

I’m in the shit at home. Mum and Dad found out I sold the family home — and they are livid. When I heard how much in debt they were in (it seems they have a substantial mortgage) I thought I’d better do something to help them get rid of it. The thing I could get most money for was the home, so being as clever as I am, I sold it. I thought they’d be rapt when they heard I’d gotten them out of debt. Talk about being ungrateful! I couldn’t believe it.

Point is, I need my friends to roll up so my parents see how popular I am.

Nothing fancy for the catering, I’m afraid. Cutting back on what I would normally spend… donating the savings to the Federal Government, to help them some more in getting our national debt down.

Catering will still be good. 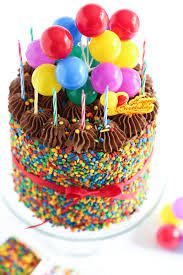 Plus the best ice cream cake you’ve ever seen.

For fun and games, we’re going to play Pass the Parcel, without anything in the parcels of course — more money I can give to lower the national debt.

With my job, I have come up with some great ways we can lower our debt.

1. We can sell Tasmania

None of their lower house seats are in the Coalition anyway. I know my very good friend and mentor, Senator Abetz, won’t be too happy about that idea — but he is big time into lowering the debt and I think he’ll be really chuffed if I find a buyer at the right price. Maybe a property developer donor to the Liberal Party will snap it up as a great business opportunity. Imagine the high-rises they could build once they clear some of the trees!

2. I’m also getting into buying and selling

All the profits, of course, will be used to lower the national debt. Things have started really well. I bumped into a chap who sold me the Sydney Harbour Bridge dirt cheap. I couldn’t believe the price. I’ll sell it for 20 times what I paid for it. Tony, err, I mean Malcolm, will be ecstatic when he sees the debt shrink because of it.

Better close now. I’m presenting a paper at a free market think tank tomorrow night on how irresponsible Gough Whitlam was financially and how he didn’t make one good decision that benefited Australia’s national revenue.

See you at my birthday party,

Rocky Dabscheck is a musician/songwriter and front person for ‘Rocky and The Two Bob Millionaires’. He is also author of Stoney Broke and The Hi-Spenders.

Sell Blue Poles? Well, this is what you get letting James Paterson out of his IPA playpen. Next he'll draw a Malaysian flag on his nappy.