Scott Morrison on the fence over Craig Kelly's COVID-19 misinformation

MEMBER FOR HUGHES and Liberal backbencher Craig Kelly has presented Prime Minister Scott Morrison with some curly challenges over the last couple of weeks, challenges that Morrison has consistently failed to meet, deepening the impression that he has insufficient authority over his MPs, particularly those of the hard right.

This impression is further consolidated by the support of Kelly’s views and his right to publish them by Nationals Senators Gerard Rennick, George Christensen and Matt Canavan.

The best way to lose a debate is to kill a debate. Labor wants to silence Craig Kelly. Why don't they just debate him? I think we need more Craig Kelly's willing to say unpopular things because it is only by challenging ideas that we get better ideas.

This support of Kelly has been public knowledge since at least September 2020, yet Morrison has done nothing during these months to intervene in the dissemination of disinformation on the prevention and treatment of the coronavirus by the Liberal MP and the Nationals Senators.

Kelly’s Facebook endorsement of scientifically untested COVID-19 preventions and treatments continues to undermine his boss’s campaign to vaccinate the Australian population against the virus, scheduled to begin this month.

Morrison initially reacted to concerns about Kelly’s COVID-19 disinformation with churlish dismissal, stating at the National Press Club that Kelly isn’t his doctor and he’s nobody else’s either. It was clear that Morrison had no desire to rebuke Kelly, regardless of the harmful nature of the information he is publishing. It wasn’t until Deputy Opposition Leader Tanya Plibersek confronted the backbencher in a very public stoush, that Morrison finally took action.

Despite being allegedly ‘hauled in’ to the PM’s office and given a ‘dressing down’, Kelly’s COVID-19 disinformation remains on Facebook, and he has apparently garnered more followers with his posts gaining ‘four times more followers than the Australian Department of Health’.

In other words, Kelly has given Mr Morrison the finger, directly challenging the PM’s authority and making it clear that the carefully worded statement he issued in support of the Government’s vaccination plan was likely made under pressure from the PM and in decidedly bad faith.

Morrison is proving remarkably tolerant of this mutiny and has not ordered the recalcitrant backbencher to delete his posts. 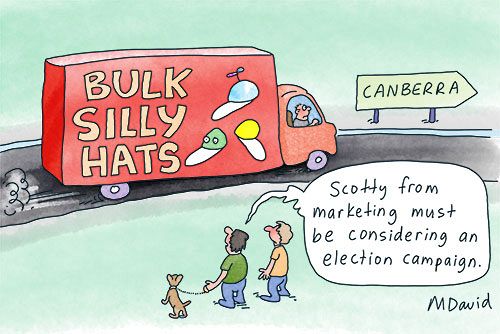 In publicly rebuking Kelly while allowing him to continue posting on Facebook, the PM has positioned himself as toothless and sans the authority to pull Kelly into line.

Morrison also runs the risk of appearing to support Kelly’s disinformation, simply by allowing it to remain accessible. It makes no sense that Kelly’s damaging posts are allowed to stand (and they are damaging in terms of public health as well as their power to undermine important government messaging) if Morrison does not tacitly support them.

At the very least, we can infer that the Prime Minister cares so little for the health of the Australian people that he is willing to permit dangerous advice to remain accessible to a social media following the size of Kelly’s. But he’s not my doctor and he’s not yours, either.

Morrison appears to be contriving to fence-sit. It’s necessary for him to take action of some kind, because to allow such overt undermining of his government’s vaccination plan by a member of his party cannot, eventually, be allowed to pass without at least the appearance of authoritative intervention. However, as we know only too well, this Prime Minister is adept at manufacturing the appearance of things — a little less so at delivering substance.

Indeed, the PM could be the poster boy for the French sociologist Jean Baudrillard’s theory of hyperreality which posits the inability of consciousness to distinguish reality from the simulation of reality. But I digress.

Of course, silencing Kelly is also a challenge to Morrison’s recent championing of “free speech” after the backbencher, along with George Christensen, posted in vigorous support of former U.S. President Donald Trump when he was de-platformed by Twitter. Morrison can hardly defend Kelly’s right to free speech on one matter, but not on another. 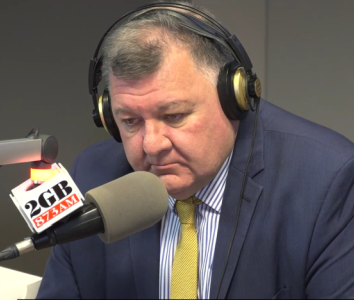 The one possible gain for Morrison from Kelly’s extremist stance is that in comparison, the PM might appear to be the voice of reason to those who, unlike political tragics, do not carefully scrutinise his persona or the lack of substance behind his words and gestures. In a year when a federal election is mooted, this could well be very useful for Morrison, who will need to be perceived as a reasonable centrist if he is to win government again.

Kelly’s actions present an ongoing challenge to Morrison’s authority. They also keep open the question of Morrison’s “real” views on these issues; that is, the views he currently cannot espouse if he wants to maintain the “reasonable” image he works so hard to cultivate. The PM’s well-known commitment to a bizarre Pentecostal cult together with his refusal to condemn Donald Trump (a strong advocate of unsubstantiated COVID-19 preventatives and treatments) on anything at all, create enough concern to justify questioning what the Prime Minister does not do, as well as what he does.

Morrison also has strong ties to the extreme White supremacy group QAnon, employing the wife of one of its Australian leaders in Kirribilli House at taxpayer expense. This group is increasingly associated with bizarre COVID-19 theories.

All in all, Morrison’s connections are far more skewed towards the extreme Right than his public speech implies.