Marriage equality on the streets of Randwick: Is this the way it will go?

Unintentional eavesdropper Lee Duffield tunes in to some opinion-formation about same sex marriage in the streets of Sydney.

Reports out of the Bureau of Statistics this week say 62.5 per cent of the Australian electorate – about 10 million people – have already voted in the national marriage equality survey.

Informed pollsters are now predicting a very respectable turn-out, exceeding 70 per cent by the time voting stops at 6pm on Tuesday, 7 November.

"Yes" activists have begun to talk optimistically, based on the fairly fast, fairly large turn-out so far, dispelling the idea that younger voters, known to be much more "Yes" than "No", can't work out how to send letters through Australia Post.

But figures are so cold and offer us little insight into how the vote will go. To offer a more human insight into the public mood, the following is a true account (based on an accidental eavesdropping) of two Australians talking in the street at the Randwick shops in Sydney. Is this the way it will go?

The first young woman, known here as Alpha, about 21, dark-haired, fairly small in build, more "ethnic" in appearance (as they say in police reports) than a "Skippy Kangaroo", but definitely a native Australian speaker, looked to be about five months pregnant while pushing a pram with a one year-old child.

Unless the baby in the pram was being minded for her sister or someone else, this looked like a person who, together with her husband, would have quite a job in front of them for a few years — like the man with the wheel-barrow.

Which would be their business; more public in nature was the loud-enough conversation with her friend, who shall be known here as Beta — slightly older, larger build, fair hair, a "Skip", also with a very young child in a pram. 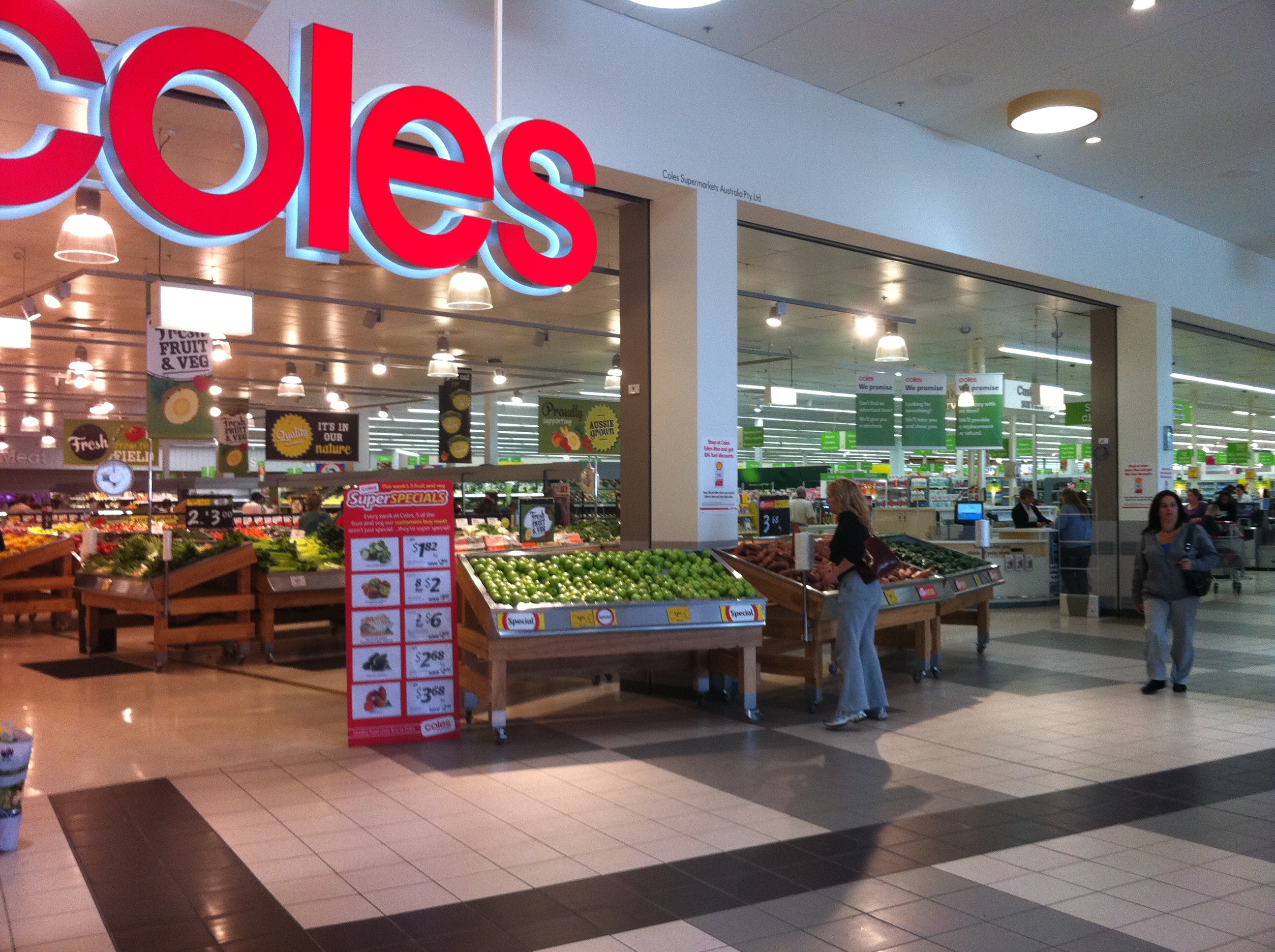 Coles Supermarket — not in Randwick (actually Berwick, Vic.), but you get the general idea (Image via Wikimedia Commons)

Picture this slightly odd couple going into Coles and discussing none other than how they might vote in the survey, in comfortable audio range.

“This marriage. You’ve got a vote. I reckon I want them to have it. I think I’ll say yes," said Alpha.

“Yeah but," said Beta, “I don’t know. If they could kinda have their own thing, like a certificate or something. Might be better.”

“I think you should be able to marry anyone you want. I will vote yes."

I decided this was democracy in action.

We had two persons – mates – not over-engaged in their topic, but still discussing marriage equality, dispassionately. One was firm for yes, the other was hesitant, looking for a way to say no. Friends often kill off a contentious topic of conversation, but that was not going to be the case here.

Fate brought this. I was prepared to take it as an insight, an omen, an allegory, a vignette, even a barometer of the public mood.

If it works that way among the public, in general, broad scale, most Australians will be supporting the change and many will be hanging back. The "No" campaign is encouraging them to hang back more, saying “it’s OK to say 'No'”, but nowadays they are up against some firm resolve on the side of "Yes".

It’s been necessary to give a word picture. What with being listened to unawares, by some strange man taking identifying pictures and asking questions, and talking about independent Australia, that could have really freaked out the subjects.

They’ve been honestly reported, as maybe a case study — a taster, as we monitor the way the drawn-out process of voting goes on right across the country.

Tonight we're lighting up our Sydney HQ in support of #marriageequality because we recognize #loveislove & we want to spread more of it ❤️🌈 pic.twitter.com/YWx0o2eTgH