Reserve Bank of Australia spruiks the Coalition with false information

THE RESERVE BANK of Australia (RBA) has long served the people, the parliaments and the federal cabinets of the country without partisan bias. There have now been two serious lapses in the last three weeks.

RBA Governor Philip Lowe claimed in his address on 17 June to the Australian Farm Institute Conference:

“Today, the level of employment in Australia is above its pre-pandemic level. Australia and New Zealand are the only advanced economies where this is the case.”

That assertion was false. At the time of the speech, Switzerland, Austria, Poland, Qatar, Luxembourg, Taiwan, Kazakhstan and Malaysia all had employment numbers back above their pre-pandemic levels. All these are classified as having "very high human development" by the UNDP.

Other less-advanced economies had also recovered jobs lost, including Egypt, China, the Philippines and Thailand.

Assistant Governor (Economic) of the RBA, Dr Luci Ellis, repeated this assertion a week later on June 23 when speaking to the Ai Group:

“Unemployment [in Australia] has returned to its pre-pandemic levels. As the Governor outlined last week, New Zealand is the only other advanced economy with employment above its end-2019 level.”

“Only a handful of economies, most of them in the Asian region, have seen GDP recover to pre-pandemic levels.”

That was also astonishingly false, given that earlier in June considerable publicity had been given to the global resurgence of GDP.

One such article was titled:

Countries that appear to have recovered their GDP to pre-pandemic levels at the time of Ellis’s address included Ireland, Turkey, Kosovo, Albania, Estonia, Slovenia, Luxembourg, Peru, Guatemala, New Zealand, Serbia, Lithuania, Columbia, Brazil and Chile, as well as more than twenty Asian countries. That is substantially more than a "handful". 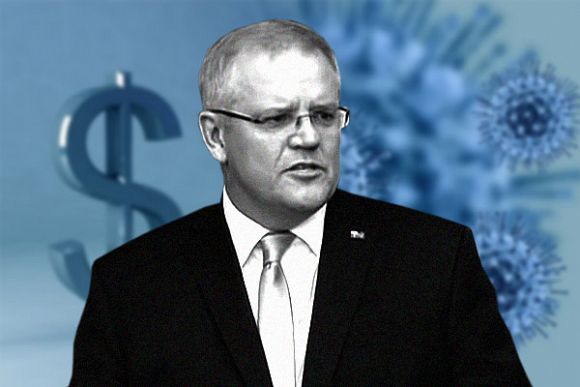 Demand the future: COVID-19 and the economics of opportunity

Now is the time to develop the Government's response to the COVID-19 pandemic into a sustainable economic model.

In fact, one distinctive feature of the current COVID-induced global recession is that growth and jobs are bouncing back rapidly across all regions. That has not happened with previous global recessions.

Most of these are close to recovering their pre-COVID unemployment rates. Austria, France, Turkey, Greece and South Korea have done so already.

These false assertions by Lowe and Ellis are troubling on several levels.

First, if senior public servants working in highly technical areas of national administration make claims a journalist can easily see are incorrect, it raises the question: on what more arcane matters are they not advising us accurately?

Second, they violate the Westminster principle of political neutrality. The implications of these false assertions are that the Morrison Government is performing well and achieving success. It's not merely that the Government has been moderately successful, but that its unemployment record is the second-best in the developed world.

To neutral observers aware of Australia’s actual global rankings, this is plainly ridiculous.

The other two are Treasury and the Bureau of Statistics. 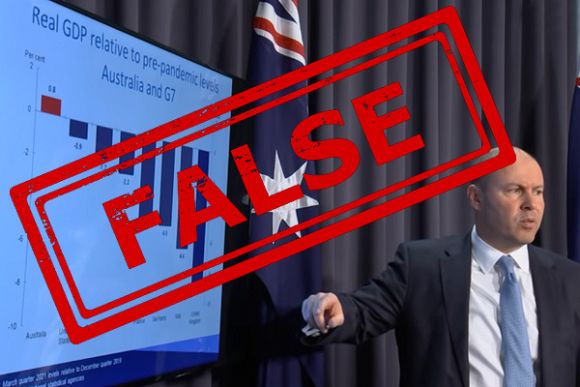 The ABC’s economics reporting is becoming as bad as in Rupert Murdoch’s tawdry tabloids and Fairfax/Nine pro-Coalition pamphlets.

Independent Australia asked Governor Lowe and Assistant Governor Ellis why they did not regard Switzerland, Poland, Taiwan and Luxembourg as advanced economies with employment above their pre-pandemic levels and why Dr Ellis did not acknowledge the 40-plus countries whose GDP has now recovered.

Where Luci Ellis mentioned "a handful" of countries mostly in Asia had regained their pre pandemic level of (real) GDP, this did include China and India.

Australia has tumbled disastrously from indisputably the best-performed economy in the world from 2009 to 2013 to one of the also-rans today.

On annual GDP growth, Australia now ranks equal tenth in the 37-member OECD, down from second in December 2009.

On jobless rates, Australia ranks 13th, down from seventh. On wage rises, Australia is 16th, down from third out of 24 countries with data available. On all other indices, including budget deficits, debt accumulated, wealth per adult and the corruption index the decline has been appalling.

And it has emerged in recent days that among the 37 OECD member countries, Australia is coming dead last on vaccinations for the COVID-19 virus.

Why would anyone aware of these realities state or imply Australia is second in any group on any outcome? These were the Reserve Bank’s first such lapses. Let’s hope they are the last.