Not enough has been done to prevent Vladimir Putin from continuing his war against Ukraine, writes Dr Kim Sawyer.

HISTORY MAY NOT REPEAT, but it often comes close. Common themes of history are being played out in Ukraine, Russia and on screens everywhere. One is the contest between good and evil. It is almost biblical. How can one man be nearly universally thought to be evil incarnate?

I have often written of evil without fully understanding it. The exchange between Russian President Vladimir Putin and Russia’s intelligence chief Sergey Naryshkin on 22 February showed the power of Putin, chastising his intelligence chief to support Putin’s preferred position of two self-declared republics Donetsk and Luhansk, independent of Ukraine.

It was the abuse of power of the bully and the preamble to his other preferred position to rewrite the history of the last 30 years. Putin wants Russia to return to the empire it once was. 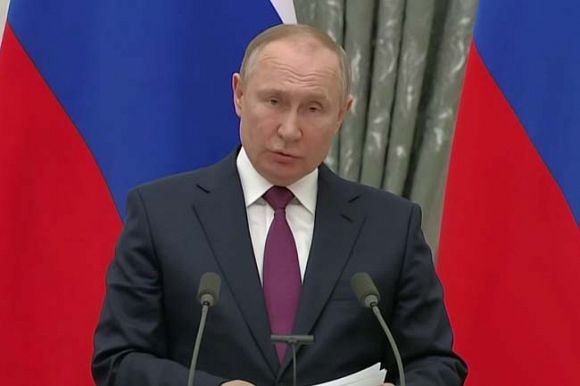 Marshall McLuhan’s prophecy that “the successor to politics will be propaganda” has happened.

Putin’s favourite historical figure is Alexander III, the reactionary Tsar who reversed the liberal reforms of his father. Alexander III was an autocrat, dedicated to the single nationality and language of a fatherland, with the Tsar as the father. Putin is more urbane but not so different. He references the fatherland. He sees himself as the father of his modern Russian kleptocracy. In 2017, when he unveiled a monument to Alexander III in Crimea, it could have been to him. Putin and Alexander III are historical twins.

Putin’s mind is of the Tsar who lost his empire. Disenfranchised, he wants his franchise back. A telling story is of the KGB officer in Dresden, a few weeks after the Berlin Wall fell. A mob storms the headquarters of the Stasi and goes across the road to the KGB.

A KGB officer warned the mob to retreat:

“Don't try to force your way into this property. My comrades are armed and they're authorised to use their weapons in an emergency.”

The officer called a Red Army tank unit for protection but was told that Moscow was silent. The officer was Putin. He never forgave Gorbachev.

Whistleblowers often reference the expression that evil prevails when good people do nothing. 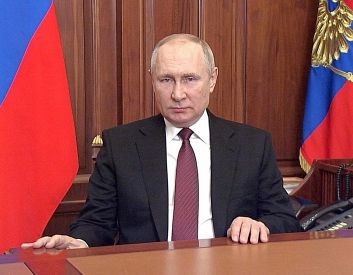 It is a saying attributed to Edmund Burke, but I prefer to cite John Stuart Mill’s inaugural address to the University of Saint Andrews on 1 February 1867, where he ventured to say:

“Bad men need nothing more to compass their ends, than that good men should look on and do nothing. He is not a good man who, without a protest, allows wrong to be committed in his name, because he will not trouble himself to use his mind on the subject.”

The evil of Putin has prevailed because we have not had the will or means to sanction him.

War is the ultimate destroyer of human rights and the human spirit. Putin has justified his war as a war of liberation. It is a falsity, but war is often justified by falsity. Russia has a history of testing the bounds of international law and morality, but the West is also flawed.

When Russia asserted control in Chechnya in 2000, leading to the deaths and expulsions of many civilians, the United States and European Union protested. More than 40 cases were brought by Chechen civilians against Russia in the European Court of Human Rights. However, Russia continues to kill Chechen separatists. 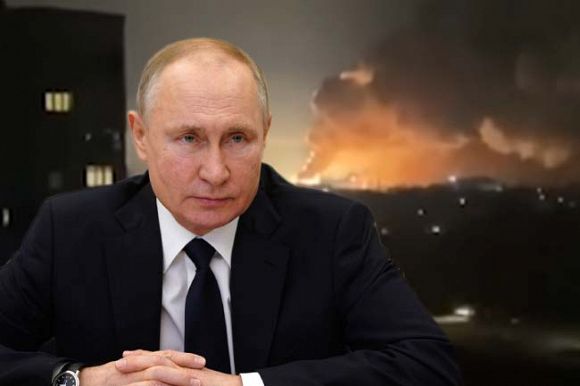 As recently as August 2019, a former military commander for the Chechen Republic was assassinated in Berlin by a Russian operative. Separatist republics in Ukraine are evidently different from those in Chechnya. When Russia annexed Crimea in 2014, Ukraine and many other countries protested the annexation as a violation of international law. Russia was suspended from the G8 and the UN passed a resolution rejecting the annexation. There were sanctions, but obviously not enough. Crimea was a special prize for Putin where Alexander III had died. His empire was back.

Putin’s evil has prevailed because good people have not been able to do anything. The list of Russian dissidents is long and the circumstances of their demise have always been chilling. The poisoning of Alexander Litvinenko, the assassination of journalist Anna Politkovskaya, the poisoning and gaoling of opposition leader Alexey Navalny and the assassination of Boris Nemtsov — former Deputy Prime Minister and liberal opposition figure, who had expressed his fears over Putin's “plans to kill him” over his opposition to the war in Ukraine.

The war in Ukraine has led to stronger sanctions that should have been enforced years ago. The sanctions not only buttress the people of Ukraine, but they also buttress the thousands arrested in Russia since the war began and the Russian conscripts sacrificed in Ukraine for Putin’s war. They certify the dissidents who have sacrificed themselves for a Russia that is still possible but has never been allowed to be.

Putin’s problem is that he has no exit. Like all dictators, he has nominated himself as President for life. He never had a succession plan. He never nominated a successor. His plan was to eliminate or be eliminated. This may be his final act.