It is seeking retail service provider (RSP) and broader industry feedback on current and future matters of NBN wholesale pricing.

However, in its outline of what will be reviewed, it became clear that the key issues are not on the discussion list.

It is just proposing a soft cap on variable data capacity charges, more generous data inclusions and the company has indicated it will advance long-term pricing reform.

The industry response was swift and dismissive, as it totally fails to address the structural issues that the industry had proposed the company should address.

NBN Co keeps on fiddling in the margins regarding its wholesale price structure of which the connectivity virtual circuits (CVCs) are the most contentious parts. 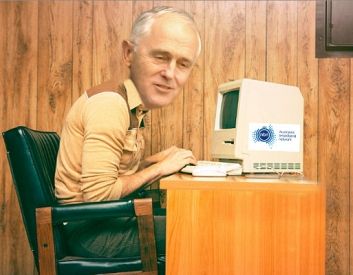 As mentioned, RSPs must pay two kinds of charges to NBN Co. The access virtual circuit (AVC) price is a single price per connection, based on the peak speed of that connection. This means that higher speeds would cost more.

The second charge is for CVC: the total bandwidth that an ISP requests to use across all its services in an area. CVCs are the most contested elements of pricing. The main complaint is that this price structure makes it impossible for the RSPs to have a good handle on their costs.

What is needed is a structural change to the NBN wholesale pricing model that considers the changing nature of the use of broadband, especially after the increase in usage after the Covid pandemic.

The problem with NBN Co is that, as a wholesale monopoly, they basically can do what they want. They do not have competition and the RSPs do not have a choice. It is time for the Australian Competition and Consumer Commission (ACCC) to step in and end this drama that has now lasted for more than 10 years.

What the new pricing proposal is doing is basically rearranging the deck chairs on the Titanic.

It makes the CVC arrangements more complex than they already are and, in the end, will force broadband prices up for consumers. As it does not address the real problems, the price review consultation will be another waste of time exercise simply aimed at creating more time for NBN Co to continue its current pricing regime.

This proposal is leading nowhere.

Shortly after the NBN Co's announcement, the ACCC said it would convene an industry roundtable in June 2021. They are undertaking this to get the views of RSPs and help inform a revised special access undertaking (SAU) that applies to the entire NBN network.

The SAU specifies price and non-price terms and conditions relating to access to NBN Co's fibre, fixed wireless and satellite networks and other related services, which only made up a quarter of active NBN connections.

Its new initiative is aimed at designing a revised regulatory model for the NBN that sets pricing and access terms for its whole network. It wants to bring this all within the remit of a SAU, with effective oversight from the regulator. It obviously sees this avenue as the start of a long reform process. 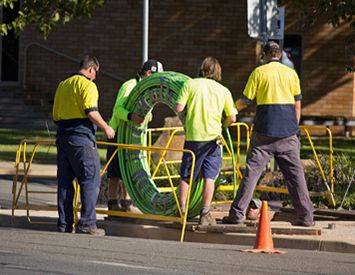 The SAUs are another contentious issue, with the Government intervening in the process by asking the ACCC to soften the conditions for NBN Co.

The ACCC has already indicated that it is independent and will make its decisions accordingly. On the other hand, the ACCC already has the powers to intervene in NBN Co’s access prices, but has so far refrained from doing so.

There are no new powers needed for the ACCC to start its investigations in the wholesale pricing.

While the process instigated by the ACCC might indeed lead to the sort of reforms the industry is after, for the time being, it does not look like there will be any short-term relief for the RSPs.

This means that there is a good chance that consumer broadband prices will increase.