The Australian Government is abandoning its French submarine program in favour of a partnership with the United States and the UK, writes Dr Binoy Kampmark.

IT DOES NOT get any messier or more chaotic than this. Since 2009, when Australia’s Future Submarine Program (FSP) – known as Project SEA 1000 – began to take shape, strategists and policymakers have been keen to pursue the next big white elephant of defence spending. And few areas of an already wasteful area of public expenditure are more costly – often mindlessly so – than submarines.

The Australian effort here is particularly impressive. Pick a real winner by signing a contract for a yet-to-be-designed attack class submarine, supposedly necessary in an increasingly dangerous region.

Ensure that this design is based on a nuclear model and remove that attribute, aptly described as:

‘...dumbing down a nuclear submarine by removing the whole basis of its superior capability and then charging at least twice as much for a far less capable submarine.’

Just to make things interesting, make sure the order is for 12 of these yet-to-be-designed and built creatures. Make sure, as well, that they are only ready sometime in the 2030s, by which time they risk being obsolete in a field of other contending submarines with superior capabilities. 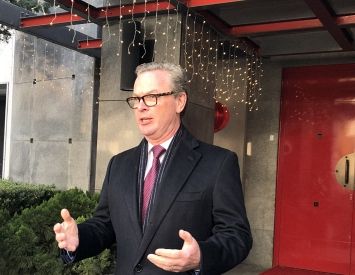 Like a fish out of water: Australia's submarine project is a flop

The dubious honour for this monumentally foolish contract, with an initial cost of AU$50 billion, fell to the French submarine company DCNS (now called Naval Group). It nudged out German and Japanese contenders with pre-existing designs.

A government announcement in April 2016 explained:

‘The decision was driven by DCNS’s ability to best meet all of the Australian Government requirements. These included superior sensor performance and stealth characteristics, as well as range and endurance similar to the Collins class submarine. The Government’s considerations also included cost, schedule, program execution, through-life support and Australian industry involvement.’

The contract warmed the French military establishment. It was praised as the ‘contract of the century’. Le Parisien’s editorial lauded the prospect of thousands of jobs. President François Hollande could say that he was also capable of pulling off a contract to aid the French military-industrial complex, despite being a socialist. A “50-year marriage,” claimed French Defence Minister Jean-Yves Le Drian with honeymoon exuberance, had begun.

The post-nuptials were not promising. Rear Admiral Greg Sammut had to concede in an estimates hearing before Australian senators that another AU$50 billion would be required to sustain the submarines for the duration of their operating life:

“Many of the detailed costs of acquisition and sustainment will be determined during the design process through choices made but at this point early estimation of the sustainment costs for the fleet are of the order of up to $50 billion on a constant price basis.”

Tiffs and disagreements over distribution of labour and further costs started to bite. How much of the work would actually be undertaken by labour based in Australia? Would the French company be keeping the lion’s share? 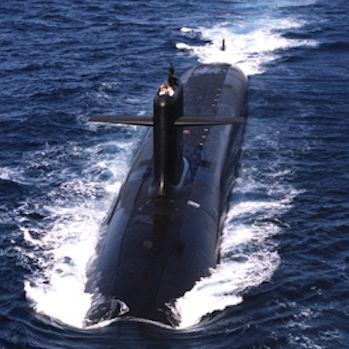 The submarine decision demonstrates our thinking is still mired in a passing world despite the magical thinking inherent in the government’s statements. James O’Neill reports.

With such problems and the pace of development, another idea started to gain momentum in the halls of defence: a competing, cheaper design, based on a rejigged version of Australia’s existing Collins-class submarine, might be a suitable alternative. In the meantime, perhaps a German alternative might also figure, namely the Type 214 diesel-electric submarine developed by Howaldtswerker-Deutsche Werft GmbH (HDW).

In May, Naval Group’s Transfer of Technology program manager Fabrice Leduc solemnly told his staff that the submarine project had been subjected to a ‘political timeline’ following a change of minister in the Australian Defence portfolio. The new occupant, Peter Dutton, was biding his time because “he wanted to have some strong warranties from the industry and especially Naval Group in terms of cost and schedule.” The marriage had truly soured.

On 15 September, the Press Gallery in Canberra was awash with rumours that a divorce was being proposed. In the early hours of the following day, the question as to whether Australia would be dissolving its union with Naval Group was answered. In place of that union would be a ménage à trois with the United States and the United Kingdom, a security three-way with Australia as the subordinate partner.

The glue that will hold this union together is a common suspicion: China. In place of the Attack-class submarine: a nuclear-powered alternative with Anglo-American blessing, based on the U.S. Virginia class or UK Astute-class.

In their joint statement announcing the creation of AUKUS, a name deserving a place in a science fiction glossary, the joint leaders of the three countries:

‘...guided by [their] enduring ideals and shared commitment to the international rules-based order [had resolved] to deepen diplomatic, security and defence cooperation in the Indo-Pacific region, including by working with partners, to meet the challenges of the 21st Century.’

AUKUS would be a new ‘enhanced trilateral security partnership’ to further such goals.

The agreement is nothing less than an announcement to powers in the region that the Anglophone bloc intends to police, oversee and, if necessary, punish. The three countries will ‘promote deeper information and technology’. Security, science relating to defence, technology, industrial bases and supply chains will be further integrated. Deeper cooperation would take place ‘on a range of security and defence capabilities’. 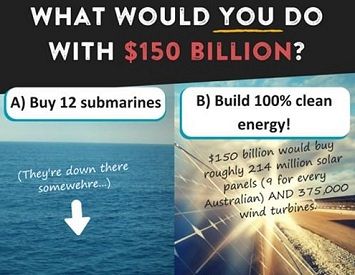 Why does Australia even need new submarines?

Why are we we building a new fleet of incredibly costly military submarines that will almost certainly never be used in war.

The first initiative of the agreement stands out:

‘...we commit to a shared ambition to support Australia in acquiring nuclear-powered submarines for the Royal Australian Navy.’

Expertise to ‘bring an Australian capability into service at the earliest achievable date’ from the submarine programs of both the U.S. and the UK would be drawn on. AUKUS unmistakably ties the countries into the same security orbit, meshing them to principles of ‘interoperability, commonality and mutual benefit’.

Australia’s submarine policy has previously eschewed nuclear propulsion. Now, as a dowry for receiving such largesse, Canberra is offering up Australia as a confirmed U.S. asset in policing the Indo-Pacific. In any conflict situation, the wallahs of the antipodes are unlikely to say no to any request to do battle with the Middle Kingdom. U.S. Navy commanders will also be smacking their lips at maintaining attack vessels in Australia as part of the arrangement.

In the meantime, neighbours will be troubled, despite assurances that the vessels will only have a conventional weapons capability. Nearby Indonesia is unlikely to be glowing in admiration.

The dissolution of the union with Naval Group will also be costly, with the defence company bound to push for a generous compensation package. (AU$400 million is a suggested figure, though this is unlikely to satisfy either Naval Group or the Parisian overlords.) To this can be added the AU$2 billion already spent.

As the divorce costs are sorted, some Australian politicians have pledged to make dissenting noises, with the Greens leader Adam Bandt already warning that the decision promised to put ‘floating Chernobyls in the heart of Australia’s cities’. Protests from anti-nuclear activists and advocates are in the offing.

Then arises the enduring problem of actually building these naval beasts. U.S. lawmakers will be rooting for the construction of the submarines on home soil, a situation that promises to mirror the headaches caused by the Naval Group contract. Australia also lacks a shipyard able to build or maintain such vessels.

In playing its part in the creation of AUKUS, Canberra has exchanged one white elephant of the sea for another. But in doing so, Australia has done so in a manner more threatening and more significant than anything associated with the Naval Group Contract. The small space Australian diplomats might have had in keeping Canberra out of any foolish conflict in the Indo-Pacific has become minuscule. The warmongers will be dewily ecstatic.