Once again, our (native marsupial) rat in the Sensible Centre™ head office has leaked us their latest draft newsletter — just don't tell the Family!

News from the Sensible Centre™

The Victorian office of the Sensible Centre™ is running out of clean money!

In recent years, many of the usual anonymous donors have given up on our Victorian sisters and brothers. When the chief fundraiser has called to ask why, they’ve muttered something about “that bastard Tony”, or “the ghost of Menzies” and basically told us to “eff off”. If you can spare a million or two please ring the Sensible Centre™ for information about how to donate without getting caught.

Well, it will come as no surprise, we’re sure you’ve seen the news, that the Victorian leader of the Sensible Centre™, Mr Wise Matthew Guy [Bill, it’s only the second par and already with the wise cracks, cut it out please, Ed] is in trouble for potentially bringing the organisation into disrepute, which is difficult given how disreputable it already is.

It seems that Mr Guy has been dragged into a scandal he knew nothing about involving people he’s never met and a restaurant he’s never been too. Mr Guy says the photographs have been doctored, he wasn’t there and no money actually changed hands during his meal with “Fat Tony”, “Two Guns” Grimaldi and “Big Head” Trimboli. Mr Guy says the other gentlemen standing at the door with guns were there to shoo away pesky reporters and took no part in the conversation that didn’t take place.

Mr Guy reiterated his position that if there was a conversation, which there wasn’t because he wasn’t there, then it was about market gardening and the price of lettuce, it was not about secret donations of the proceeds of crime to the Sensible Centre™. [Bill, repetition is the best defence, just ignore the facts like we always do, Ed.]

However, all of these genuine denials have not been enough to get the Fakefacts media off Mr Guy’s back. The whole sordid affair has been dubbed “Lobster with a Mobster”, but as Mr Guy has repeatedly said, he didn’t pay for the expensive crustaceans or the astronomically-priced Grange “claret”. He added that he only had “a sip”, not “half a bottle” as has been reported.

The Victorian office of the Sensible Centre™ has been fielding angry calls all week from an M. Kroger of Toorak, who has been shouting at our office staff and complaining that Mr Guy should have known better than to order the Grange with lobster. Mr Kroger wants it on the record that he would never have been so gauche and would have ordered the Domaine Ramonet Montrachet Grand Cru, which at  $1257 a bottle is only the 5th most expensive chardonnay in the world and therefore perfect when dining on over-priced seafood with alleged gangsters [please be careful Bill, we’re so low on funds, one defamation case would bankrupt the Victorian branch].

Mr Guy has done the only decent thing he could do under the circumstances, which is to refer the actions of the FakeFacts press to the Independent Broad-based Anti-corruption Commission to find out where the leaks came from. He has also referred himself to the International Wine and Food Society, which is expected to review his membership and perhaps issue a reprimand for poor taste.

The real villain in this story – apart from Mr Guy and the alleged mobster, who’ve clearly done nothing wrong that is publicly visible [clarity Bill, clarity, Ed] – is Mr Barrie Macmillan, who, until a few days ago, was a respected and trusted employee of the Sensible Centre™. We can reveal now that everything that happened to Mr Guy was the result of incompetence and stupidity on Mr Macmillan’s part. Mr Macmillan has been sacked resigned of his own volition and now works on Mr Grimaldi’s lettuce farm. [Please be economical with the truth Bill, that is our way, Ed.]

His efforts to garner a “swag of money” from the alleged mobster who paid for the lobster were well-intentioned, even if highly suspicious and in breach of disclosure laws [Bill, no need to go over the sordid details again, leave that to the fake media, Ed].

One thing we can report exclusively and with full confidence, is that Mr Guy will not be answering any of the nearly 20 very rude questions the Victorian Labor Party has posed to him in a media release.

Mr Guy has told the Sensible Centre™ newsletter that if his plan to have the alleged mobster make a donation through a Commonwealth Bank intelligent deposit machine had worked, none of this bad news would have ever seen the light of day.

So far as we know, there are no moves under way to replace Mr Guy as office caretaker at the Sensible Centre™ in Victoria. As we understand it, no one else wants the job. One disgruntled member says it would be like volunteering to “eat a turd sandwich with bread also made of turds” [Bill, I only said that as a joke, please take it out, Ed].

[Bill, I shouldn’t have to remind you that Malcolm is still the putative leader of the Sensible Centre and should be treated with a modicum of respect until either Tony comes back or Peter takes over, Ed]

By now readers of this newsletter must be tired of hearing about so-called marriage equality. We certainly are. We just wish the faggots, fairies, lezzos and their alphabet friends our homosexual brothers and sisters would just bugger off to Ireland or Malta to get married [Bill, if you can’t insult the poofters respectfully, it’s best we don’t do it, Ed].

Stop with the respectful debate already @TurnbullMalcolm I cannot handle all the warm and fuzzies #auspol #marriageequaility pic.twitter.com/T7tsGpMvfV

In other words, we are free to say whatever we like. For example, writing that “gay sex leads to incurable insanity” might not be true, but if it frightens semi-literate bogans persuades good Christian mums and dads to support our “Over our dead bodies” vote in the plebiscite, then write it we will [Bill, as I said, respectful slander is the key to our success, Ed].

As our spiritual leader, Pastor Lyle has often intoned via his holy Twitter feed, we God-fearing Christians are in the “fight of our lives” on the issue of same sex marriage.

I've got nothing to add pic.twitter.com/IFWIJAQqen

Pastor Lyle is right that the plebiscite is not really about marriage at all, it is about freedom of speech for bigots, so-called “safe” schools, children as young as nine marrying goats and political correctness gone mad. [Bill, please fact-check that bit about goats, I thought the age limit was 16.]

What the marriage plebiscite is really about https://t.co/FCXbUrYyUh

We are pleased that Mr Turnbull has indicated that he quietly supports this proposition because his continued occupancy of the “comfy chair” depends on it. We welcome Malcolm’s decision to keep “shtum” on the plebiscite using the excuse that he’s too busy wrecking the economy and destroying the NBN keeping the nation safe from terrorisms and Sharia law to campaign for what he professes to believe in [Bill, we only write the good news in this newsletter, please follow Mr Trump’s example, Ed].

Finally, we need to address the issue of cost. We know our members need some useable talking points to distract their neighbours and friends from thinking logically about the plebiscite and seeing it as a giant waste of money with the sole purpose of putting off a decision on marriage equality until Hell freezes over, or Bulb Shortarse becomes Prime Minister. [Please pray that Hell freezes over first, Ed.] Feel free to mindlessly repeat the following carefully prepared “talking points” around the BBQ with your heterosexual neighbours.

And it looked liked such a lovely postcard.. Guess the campaign is well and truly underway. #ssm #auspol @BreakfastNews pic.twitter.com/cE97nTVi6V

$122 million is a small price to pay so that our children can sleep safely at night tucked up straight in bed with their anti-masturbation mittens locked on. 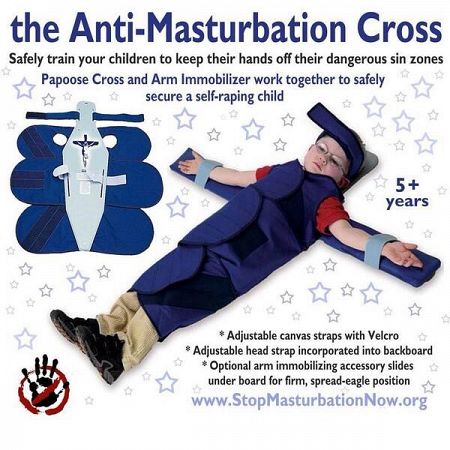 Yes we know that being homosexual does not automatically lead to syphilis, but lying about it is legal and within the rules of the plebiscite. So is saying that gay people can be cured for a fraction of the cost of the plebiscite. Dr Nicolosi is a nice man and his services are reasonably priced.

For this month only, Dr Nicolosi will donate 10 per cent of his fees to the Sensible Centre™ to help fund our plebiscite campaign. Please support his charitable giving by referring your gay children or siblings to his clinic. Details here. [Bill, I admire your initiative, but we need a disclaimer, I think conversion therapy might be illegal in Australia – which is another reason to oppose gay marriage, Ed.] 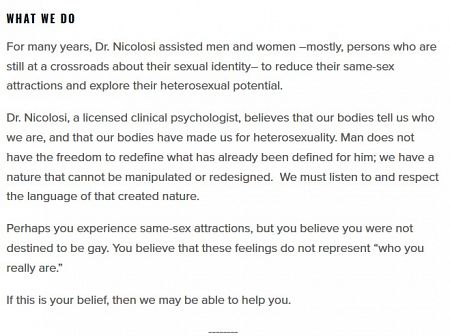 Dr Nicolosi may be able to help your gay-afflicted friends, siblings or children

[Note to Ed: I’ve just confirmed that Dr Nicolosi died earlier this year, but that he is still operating his clinic as he has chosen to be undead until his important work is completed.]

BREAKING: Joseph Nicolosi, the modern father of the torture known as ex-gay therapy, has died.

Conversion therapy is illegal in Australia which is just political correctness gone mad. So what if it does harm to gay and lesbian people, it has to be better than actually being gay or lesbian.

“God created Adam and Eve, not Adam and Steve.” Our former leader John Howard understood this very well and that’s why he changed the Marriage Act in 2004 using a parliamentary vote in the middle of the night.

.@TurnbullMalcolm,
Howard changed the #Marriage Act to prevent #MarriageEquality. No referendum, no #plebiscite. You should fix his mistake. pic.twitter.com/OX0GG8MlGt

Gay people are bad and want to gay everyone with their gay germs. Nobody is safe unless we stop them from enjoying the same rights as the rest of us. Our freedom of expression – that we freely use to claim gay people are bad – is under threat.

Hero of the week

It might seem boring and repetitious, but we have to give the hero award to Tony Abbott again this week. He has the uncanny knack of saying what we all think and doing it in the most blunt and offensive way he can.

We admire him immensely.

Congratulations again, Tony. We miss you and want you back in charge as soon as possible. This award is for your leadership in the fight against political correctness gone mad.

A lively discussion with Year 5 and 6 students from St Cecilia's Catholic School in Balgowlah. pic.twitter.com/k7q5frp3GL

The Sensible Centre™ salutes your effort to indoctrinate another generation of Catholic kids into being straight shooters for God.

Subscribe to the Sensible Centre™ newsletter, free to all good Christian homes. Call (02) 6259 0431 to register your interest or sign up here.

Dear Scott, we have to talk about Peter

4 August 2017, 4:00pm Once again, Sensei Bill inside the Sensible Centre™ has given us exclusive access ...
Join the conversation
comments powered by Disqus
News updates