AMID the height of the COVID-19 pandemic, Prime Minister Scott Morrison made the late June announcement of $270 billion increased military spending over the next ten years. Morrison was Trumpesque with his warning of external threats and a post-COVID-19 world as inherently insecure and unstable as it became “poorer, more dangerous and more disorderly”. This is a characterisation no other world leader has made so far.

Morrison clearly sees Australia as Asia-Pacific’s new policeman and a bulwark to China. However, such militarisation presents more long-term problems than solutions.

Writing in The Conversation, Professor John Blaxland has defended the investment in an article that could easily be mistaken as a press release from the Government. According to Blaxland, the increased funding is intended to defend Australia and the broader Pacific region from the perceived expansionist ambitions of China. The Italian thinker Antonio Gramsci might have identified Blaxland as an "organic intellectual" — a public figure used to legitimate the dominant state narrative. There are two central points from both Blaxland and Morrison that should be emphatically rebuked — protecting the Pacific "neighbourhood" and the use of military might as a form of "deterrence". 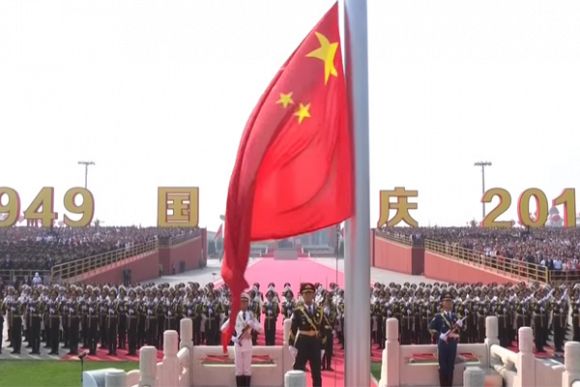 Blaxland refers to the investment in bolstering the security and defence of the region as a form of "neighbourhood watch" which implies that there is an external threat to this neighbourhood to warrant such a move — namely, China. If we go on a quick tour of our neighbours we can see the opposite is actually the case.

October 2019 witnessed the signing of the China-Singapore Defence Agreement, a significant event considering Singapore’s long-time status as a U.S.-ally. East Timor – which has had strained relations with Australia due to a recent bugging scandal and disputes over the Timor Sea – has made a request to China for assistance in training its navy. Simultaneously, East Timor is also part of Australia’s Pacific Maritime Security Program, that includes the building of two Guardian-class patrol boats by Australia.

In 2016, Indonesia ratified the Indonesia-China defence cooperation agreement despite ongoing tensions over the South China Sea. Similar arrangements present in East-Timor, Singapore and Indonesia are manifest across the Asia-Pacific such as Sri-Lanka and Malaysia.  None see it as contradictory to maintain security agreements with the West and China.

The neighbourhood seems to be quite happy, even welcoming of their Chinese counterparts, while Australia is alone in perceiving China as an imminent threat. Unlike Australia, most of the Asia-Pacific have realistically assessed the changing regional dynamics of the U.S. in decline compared to the growing influence of China and responded accordingly. Blaxland, too, has acknowledged the “waning relative influence” of the U.S. but, like Morrison, has concluded that this translates to growing concerns of an expansionist China.

Hence the need for deterrence. The concept of deterrence in international relations means to execute a policy response that actively discourages any potential threats from military rivals. Such a practice is a delicate balancing act and quite subjective. A policy of military deterrence can evolve or be perceived as an actual military threat that must be responded to in kind.

The extra $70 billion “update” to the existing $200 billion budget reserved for military spending has been justified by Morrison and explained by Blaxland as a form of deterrence. Blaxland argues that ‘Australia is appropriately and commensurately responding in an effort to bolster its own resilience and deterrence’. However, the investment clearly antagonises China.

Morrison has promised to recruit 500 cyberspies and spend a further $1.3 billion on cybersecurity in a pointed strategy to infiltrate China’s great internet firewall after making vague accusations against state-sponsored (read China) cyber-attacks. The spend also includes $800 million on anti-ship cruise missiles capable of 370-kilometre range carried by F/A-18F Super Hornet aircraft — a response to China’s ever-growing naval fleet. Despite China’s muted response, such measures can only be perceived as provocative to an emergent military superpower — a move that may prove to be quite dangerous.

Further, this “update” appears targeted towards China when we consider recent Sino-Australia relations. Australia has (rightly) been a vocal critic of China in its treatment of Uighurs, signing a letter to the United Nations Human Rights Commission. Australia has openly opposed and criticised China in its role in the South China Sea. Morrison has willingly acted as a prop for the United States in pursuing an international investigation into the Chinese origins of COVID-19. Australia has also offered a safe haven to Hong Kong democracy activists and cancelled an extradition treaty, following China’s introduction of highly oppressive security laws.

China has responded accordingly. Economically, beef imports from Australia have been banned, an 80 per cent tariff has been imposed on Australian barley imports and most devastating, China has publicly advised students not to study in Australia due to a rise in anti-Chinese sentiment. China has further accused Australia of “gross interference” in relation to Hong Kong and strongly rejected accusations of cybersecurity breaches.

Morrison upgrading our military capabilities appears as the logical conclusion to cooling relations with China, but it will warrant a Chinese response that prepares for a future where Australia is not only an unwanted political critic but also a strategic threat — an unwelcoming scenario. 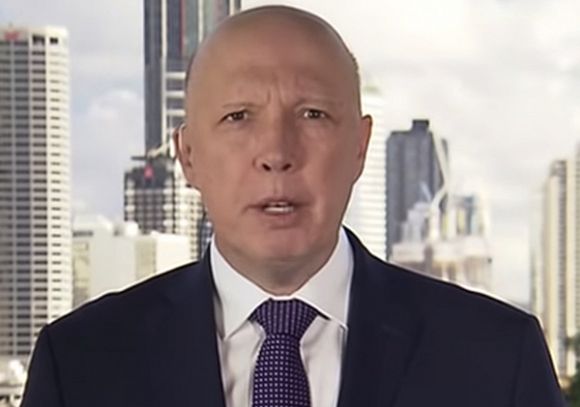 The ramifications of Dutton-style 'diplomacy'

Dutton-style bullying should not be a tool of diplomacy, particularly with regard to China, writes Bruce Haigh.

One of Australia’s favourite pastimes is to punch above its weight. In this particular instance, Australia is just over-reaching.

A report from the Council on Foreign Relations on China’s military upgrades is telling. China’s active army personnel stands at over two million. Australia is just over 60,000. China’s reserve army of 500,000 is close to eight times the size of Australia’s regular army. The Chinese navy holds 87 warships compared to Australia’s 13. China has 59 submarines with nuclear capabilities while Australia has six and is not a nuclear power. China’s expansive military capabilities are on track to match and even exceed the United States in hegemonic decline.

Conversely, the simple truth is that Australia is a middle power and a middle-ranking power among middle powers. We can’t handle the heat that China brings. Morrison’s shift to be an Asia-Pacific military power as a rival to China can only be perceived as an annoyance that can be managed but regardless, antagonistic.

Australia could learn from Indonesia’s approach to China. In late December of 2019, Chinese fishermen were found pushing into the North Natuna Sea, an area deemed Indonesia’s exclusive economic zone (EEZ). Indonesia’s maritime security agency (BAKAMLA) was instructed not to engage at a military level and, instead, a measured yet forthright diplomatic response was exercised by the Indonesian Government. Indonesia publicly voiced opposition to the actions of the fishermen and reminded the Chinese Government that Indonesia’s EEZ was recognised by the United Nations Convention for the Law of the Sea (UNCLOS). It forcefully rejected China’s imposition of the nine-dash line in the South China Sea. This was then coupled with a fishing expedition to the North Natuna Sea, supported by the navy, with President Jokowi. Indonesia further sought support from Japan for a regional fisheries facility as they share a joint interest in maintaining the territorial integrity of EEZs.

By 10 January, the Chinese fishermen left the North Natuna Sea and Chinese foreign ministry spokesperson, Geng Shuang issued a statement that prioritised friendly bilateral relations with their Indonesian counterparts — the equivalent of a public apology.

This is a policy of deterrence — measured and commensurate based on diplomatic engagement, multilateralism and a resolute defence of the territorial integrity of a nation-state.

In the midst of COVID-19, the Australian and the world’s economy is on the verge of a crisis that will bring devastation for decades. In such times, it would be far more prudent for our Federal Government to invest in bolstering Australian industries that are already under threat of collapse rather than divert an extra $70 billion into a project that looks set to create more problems than we need.

Rashad Seedeen is a school teacher and a PhD candidate in International Relations from La Trobe University, Melbourne.