Britain's Monarchy is holding Australia back from reaching its full potential as a progressive nation, writes James Fitzgerald.

PRIME MINISTER Anthony Albanese was right to prioritise a referendum on the Indigenous Voice to Parliament over whether Australia becomes a republic, but as Britain’s economy crumbles under Conservative leadership, the Labor Government needs to start planning on breaking the country away from the Monarchy and Britain once and for all — and soon.

The 2016 Brexit referendum, which led to the UK leaving the EU on 1 January 2021, was the nail in the coffin for an already ailing Britain; while 12 years of Tory government has left the country’s economy in tatters through poor fiscal management and policies which have favoured the rich and left the poorest in society in the lurch.

The gap between the richest and poorest in Britain is growing ever wider. Households in European countries, such as Poland and Slovenia, are set to be better off than their counterparts in Britain in the next few years.

Britain’s new prime minister, Liz Truss, and her chancellor, Kwasi Kwarteng, are set to introduce policies next week – such as tax cuts that will benefit the wealthy – that will send an already ailing British economy into an inflationary tailspin, with the poorest in society footing the bill. 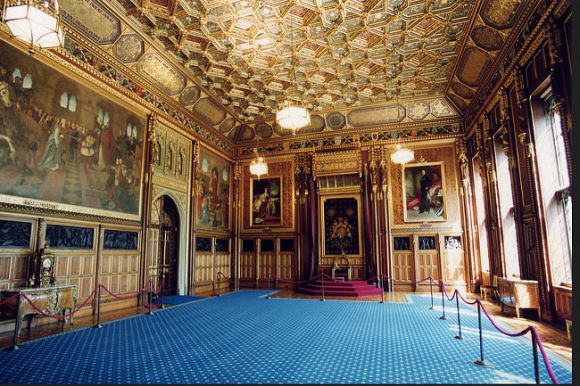 The romanticism and dazzle of royal pageantry are keeping Australia from becoming a republic.

Britain has not only become the sick man of Europe, but it is also quickly becoming irrelevant on the world stage.

Australia, however, outgrew its former colonial ruler decades ago. The economy ticks along, despite recent Liberal governments doing their best to wreck the joint and, despite recent controversy, the Governor-General – the King’s representative – is barely given a thought in our day-to-day lives.

Australia’s only real ties, economically and spiritually, to Britain have grown smaller and smaller throughout the 20th and 21st Centuries as the country looked to America and Asia for support and inspiration.

The country – which has been independent, yet a member of the Commonwealth for over a century – is still ruled by a monarch. We now have King Charles III after the death of his mother, Queen Elizabeth II, last week — who realistically has zero say over how Australia runs.

Over 20 years on from the 1999 republic referendum – which saw the country narrowly vote to keep the Queen as its head of state – the Australian public is in a state of malaise; the economy is broadly fine and life in Australia is alright, monarch or no monarch.

The future is bright for Australia. With careful management, the country is set to become a renewable superpower and already has plenty of clout on the international stage. Australia also has sought and found its own unique identity — our accents, attitude and way of life are a world apart from those in Britain.

Yet, the issue with keeping a monarch as our head of state is that although Australia is a young and successful country, it is at the same time willingly tethering itself to the past and a monarchy that is now ruling over a Britain that is very quickly slipping into chaos and irrelevance.

Albanese was right this week to keep to his party’s manifesto pledge and prioritise the Indigenous Voice to Parliament. But he needs to seriously consider making moves, and soon, to begin the process of holding a referendum on Australia becoming a republic no later than 2025 if Labor wins another term.

Britain is stuck in the past and looks set to slide further down the table of countries in regards to influence, relevance and quality of life — and the Monarchy, with all its old-world charm and archaic rules and pomp, is part of that.

Australia is moving in the opposite direction and as long as the country is tied to Britain and its Monarchy, it will always be tainted and not taken as seriously as it should. The only way for Australia to truly evolve as a nation and reach its full potential is to break away from Britain and the old world, once and for all.

James Fitzgerald is an Australian freelance journalist based in London. He has a keen interest in world politics as well as social and environmental issues across the globe. You can follow James @Jamesfitzjourno.

20 September 2022, 4:00pm Britain's Monarchy is holding Australia back from reaching its full potential as a ...

5 July 2019, 8:00am The line between religion and State is becoming increasingly blurred, with no help ...
Join the conversation
comments powered by Disqus
News updates