THE REVELATION that Scott Morrison secretly swore himself into five portfolios during the first two years of the COVID-19 pandemic, without telling the ministers of the departments, shows he was completely unfit to be prime minister and has no place in the Australian Parliament.

Between March 2020 and May 2021, the former Prime Minister appointed himself to the health, finance, industry, science, energy and resources, home affairs and treasury portfolios without the public, or even ministers’ knowledge.

Morrison’s self-appointment to the portfolios is not itself so shocking, although it goes against the spirit of the Westminster system of parliament. What is shocking is that he decided, with advice from former Attorney-General Christian Porter, to keep his portfolio takeovers a secret from his Party and, most importantly, the public.

Even close ally and former Treasurer Josh Frydenberg wasn’t told that he had company running the Treasury portfolio, which just shows how deep down the rabbit hole Morrison wanted to go to take control.

At a press conference today, Morrison claimed he needed "emergency powers" because of the COVID-19 pandemic and thus swore himself into lead five portfolios in case the ministers running them got sick or indisposed.

Then why keep it a secret from everyone bar the Governor-General? With his cloak and dagger approach, Morrison has trashed long-standing parliamentary conventions, ruined his reputation and taken his Party and the public for fools in a silly power grab.

Governor-General David Hurley distanced himself from Morrison, stating that he had “no reason” to believe that Morrison had not told his ministerial colleagues about his backroom moves.

When asked whether he deceived colleagues and the public, Morrison whipped out his tried and tested defence, stating that he “did not share that view”. 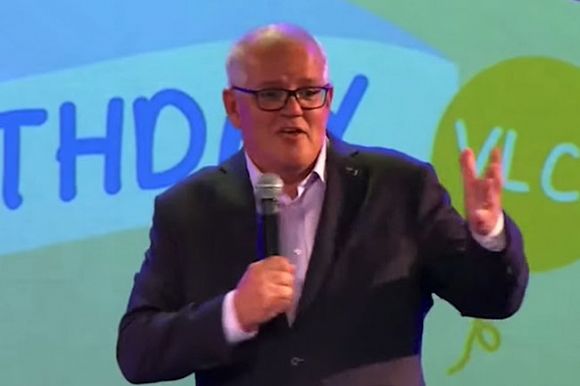 The Scott Morrison apocalypse is nigh

Spare me. Morrison spent the best part of two years distancing himself from government missteps, such as a lack of vaccine supply, a lack of quarantine facilities and bushfires, claiming that anything but being prime minister was “not his job”.

The revelation that he was, in fact, secretly in charge of some of those portfolios shows that Morrison does not want the responsibility but only wants the title and a pat on the back for just rocking up.

Luckily, Morrison and his shady backroom government are in opposition and can no longer taint politics to the extent it has over the past three years. Morrison will probably resign, despite him declaring he wants to stay put, but his tenure in politics has done untold damage to the Parliament and his like can never be seen in power again.

James Fitzgerald is an Australian freelance journalist based in London. He has a keen interest in world politics as well as social and environmental issues across the globe. You can follow James @Jamesfitzjourno.

20 September 2022, 4:00pm Britain's Monarchy is holding Australia back from reaching its full potential as a ...

5 July 2019, 8:00am The line between religion and State is becoming increasingly blurred, with no help ...
Join the conversation
comments powered by Disqus
News updates