The Abbott Government says it is the arch-enemy of red tape, however two costly new measures look set to create lots of it, says the ANU's Allan Asher via The Conversation.

THE AUSTRALIAN GOVERNMENT'S target of A$1 billion of red-tape savings for the year is now in sight, with $700 million up to March 2014 and a claimed $300 million from the carbon tax repeal, as well as the Future of Financial Advice repeal. But just three months before the next repeal day – slated for October 29 – the government has announced two new regulatory measures which will squander much of the savings and defy the very process established to prevent red tape.

Deregulation, or red-tape reduction has been a “thing” for all governments. Regulatory Impact Statements, which are supposed to weed out poor proposals, have been around for 20 years. In March the Government mandated impact statements for all proposals with regulatory implications.

Accompanying the red-tape reduction bills is The Australian Government Guide to Regulation with ten principles and seven 'critical questions' for regulatory impact statements. The guide spells out how policymakers should do their job and the clear message is: no impact statement, no regulation.

The principles, nine of which are sensible and already widely used, are:

Principle 3, requiring that proponents of new rules must fully offset their costs by reducing existing regulatory burdens, even though all other policy aims are met, is irrational in that it imposes an obligation independent of the merits.

Why metadata retention will cost you http://t.co/ZVzHTLucp9 via @Yahoo7

Within three months of the next repeal day, measures have been announced which apparently ignore most of the principles and will chew up much of the claimed savings. Plans to require many of the nation’s 740,000 plus job seekers to apply for 40 jobs each per month as a condition for receiving unemployment benefits will result in what a small business journal described as a 'red tape nightmare'.

Under the new policy, which was released without a now mandatory impact statement, job seekers will be forced to apply for 40 jobs a month (up from 20), and for those under 30 years of age, perform up to 25 hours of community service. No costings are given for the burden on the unemployed nor for the administrative costs to employers of dealing with nearly 15 million extra job applications every month.

The Council of Small Business of Australia warns the scheme will result in small businesses being inundated with job applications from people who do not want jobs. In an extraordinary response, the government claims businesses will not have to respond to the deluge of applications.

Another policy that will contribute to the mountain of red tape is the more quantifiable costs of recently announced plans requiring telecommunications and internet service providers to retain data related to online activity. According to ISP iiNet the scheme, which it has called 'chaotic and confusing' will cost A$130 million a year increasing to A$200 million after two years.

Have we seen this before?

Following a decade of declining productivity and economic difficulties in 1995, all of the states and the Commonwealth agreed to implement Australia’s National Competition Policy. A key element of the policy was systematically reviewing 1800 national state and local laws to reduce anti-competitive elements.

Implemented over a period of 10 years the policy led to major microeconomic reforms which yielded a significant payoff in productivity and income growth. In a thorough evaluation of the national competition policy and related reforms, the Productivity Commission found that productivity and price changes in key infrastructure sectors in the 1990s – to which the policy reforms contributed – have increased Australia’s GDP by 2.5%, or $20 billion per annum.

The take-home message is that carefully planned and serious economic reforms are possible and beneficial, however measures based more on theatrical display are unlikely to enhance welfare in any meaningful or lasting sense.

By departing from its own red tape rules in relation to changes in the unemployment benefits system and the data retention scheme, the capacity for the government to deliver is very much on trial.

It seems that good economics of the regulatory impact statement process will be ignored when the political benefits of new regulations trump them.

Allan Asher is affiliated with the Regulatory Institutions Newtwork (REGNET) at the Australian National Universityand The Foundation for Effecetive Regulation and Governance (FEMAG). This article was originally published on The Conversation. Read the original article. 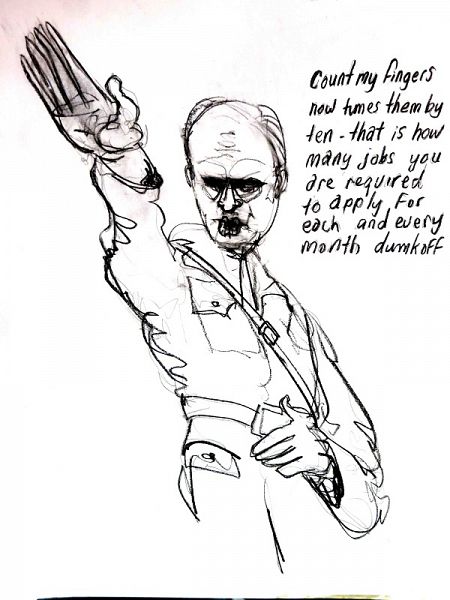