In their attempts to legitimise power, mainstream journalists have become political puppets and created a lack of trust in the media, writes Dr Jennifer Wilson.

THE NON-VIOLENT TACTIC of speaking truth to power was a focus of the 1950s struggle by Black Americans for equal rights and racial equality in the U.S. It was shortly thereafter adopted by journalists as their mantra and is now regarded, largely in the abstract it must be sadly noted, as their primary task.

In his commentary on the recent Federal Election, BBC journalist Nick Bryant described former Prime Minister Scott Morrison as our first ‘post-truth’ leader. Given Morrison’s documented domestic and international mendacities, together with his exceptional talent for truth twisting, Bryant’s observation is definitely on the money.

However, what is absent from his analysis is the role of the media in enabling a post-truth climate that allows men such as Morrison, UK Prime Minister Boris Johnson and former U.S. President Donald Trump to gain high political office in the anglosphere. None of these men or their equally compromised colleagues would have flourished had it not been for legacy media, whose journalists are apparently easily overawed by shiny, noisy, blingy things entirely devoid of substance and with a dubious talent for gishing the gallop.

We have watched, frequently in stupefaction, as some of our senior journalists tied themselves in knots and destroyed their reputations attempting to convince us that these charlatans are really men and women of gravitas engaged in the noble pursuit of good governance. Remember ‘The Woman who saved Australia’ by the Australian Financial Review’s Phillip Coorey? Oh, how we laughed! 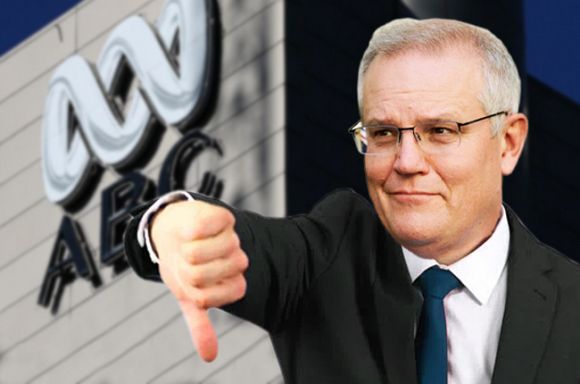 Scott Morrison has shown an aversion to appearing in ABC interviews, preferring to be represented by the right-wing mainstream media.

Or the Sydney Morning Herald’s James Massola on the loveliness of Jenny Morrison and how everyone would vote for Scott if we could only just meet her, an article so cringingly bereft of intelligent thought that one could almost believe it really was written by monkeys infinitely swiping at random typewriter keys.

Rather than speaking truth to power, legacy media frequently opts for attempting to legitimise power, no matter how absurd journalists make themselves in the process. The fact that both Massola and Coorey can write adequately should they choose to suggests that they are as compromised as the politicians they all too frequently serve – rather than challenge – and just as untrustworthy and manipulative.

One of the most despicable narratives purveyed by the majority of Australian media during the election campaign was the notion that there is a moral equivalence between the Liberal National Party and the Australian Labor Party. This narrative attempted to erase almost a decade of documented L-NP malfeasance, nonfeasance and misfeasance, creating the myth of a morally level playing field on which moral equals would fight it out.

In the end, voters rejected this blatant attempt to erase history and memory by the very profession claiming to protect both. You cannot speak truth to power if you attempt to obliterate power’s dark record. We see you.

Mainstream media’s general willingness to overlook the serious harms inflicted on citizens individually and collectively by a brigade of post-moral L-NP politicians exposes the post-truth crater into which journalists themselves have fallen. If you doubt this assertion, may I direct you to this recent article by the SMH’s Jacqueline Maley, titled ‘Peter Dutton has the worldview of a Queensland cop. It’s in our interests to give him a go’. 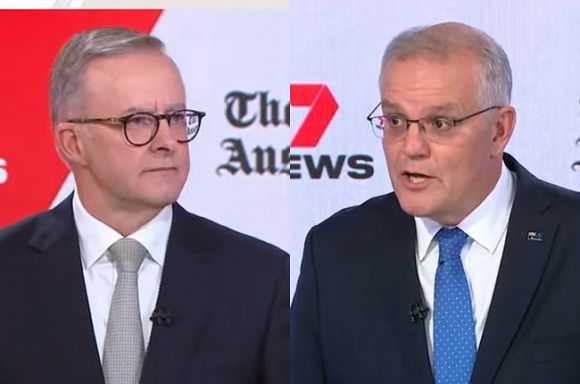 The news media’s framing of debates about wage rises reveals subtle yet powerful class bias is alive and well.

This is Maley’s contribution to the current media effort to rebrand former Defence Minister Dutton, a baffling venture given Morrison’s failure to save the Liberal Party from a looming conflagration by giving similar undertakings in the last days before the Election.

Why on Earth media and politicians seem to think that outing someone as two-faced is some kind of character reference, I don’t know. But it isn’t. If you have to reassure the public that the perceived monster is really a softy, you are rather missing the point, which is that you are having to do this, stupid.

We have, in Australia, removed the senior post-truth politician from his leadership, but we haven’t removed them all. And we have come nowhere near defeating the media who enable and promote them. Legacy media is also two-faced and this mirrors those politicians. For example, you’ll find good journalism by competent writers “balanced” by propagandist tripe and one is tempted to conclude that as with the two-faced politician the “good’ is employed for the purposes of minimising and normalising the “bad.”

This tactic keeps the audience off-balance, which is where the L-NP like us. It’s a classic abuser’s strategy, one that can keep us miserably trapped forever and that is its goal.

We’ve confronted the politicians and escaped the trap, at least for the moment. Now we’re challenging the media because speaking truth to power is a tactic available to everyone.